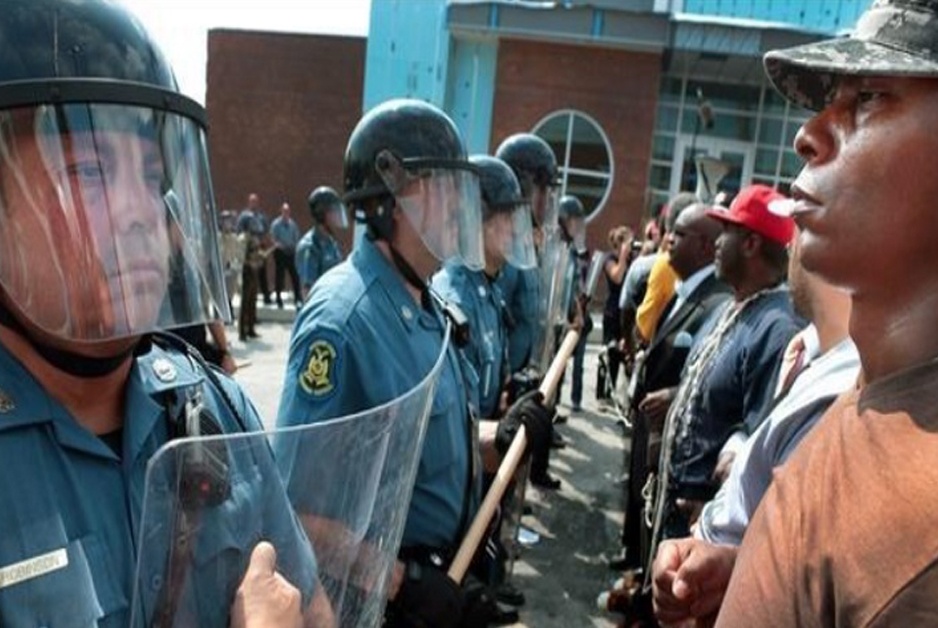 From the moment the news was out that Darren Wilson had killed Michael Brown in Ferguson, Missouri, there was probable cause to hold Wilson to answer at trial.

Yet, from the moment the news was out that Darren Wilson had killed Michael Brown in Ferguson, Missouri, I have said that only an idiot would believe that Wilson would be held to answer at trial – or that anyone with the power to do so would ever even say that there was probable cause for that to happen.

As Scott Greenfield has already written – no matter how early I get up, I’ll never beat him to the punch with a blog article on an important issue –

That the grand jury did not indict Ferguson Police Officer Darren Wilson was a foregone conclusion.

A foregone conclusion only because

It ended as it was meant to end, as the foregone conclusion demanded it end.

There’s a reason this blog was started with the name “Probable Cause,” and the half-joking tagline “The Legal Blog with the Really Low Standard of Review.” The reason was my disgust, upon going to law school, and particularly upon becoming engaged in the so-called “criminal justice system” in my second year of law school, when I learned that “probable cause” actually only meant “possible reason.” There I learned that “probable cause” was a “standard of review” – an approach to evaluating some action – that was so low as to virtually guarantee that the result would be “there is (nearly always) ‘probable cause’ to pursue the matter further.”

And we will call it “probable cause.”

The California Supreme Court has defined “probable cause” thusly:

[P]robable cause is a fluid concept—turning on the assessment of probabilities in particular factual contexts … . It is incapable of precise definition. The substance of all the definitions of probable cause is a reasonable ground for belief of guilt, and that belief must be particularized with respect to the person to be … seized. [1]People v. Scott, 52 Cal. 4th 452, 474, 257 P.3d 703, 129 Cal. Rptr. 3d 91 (2011). I have removed the internal quotation marks, and the numerous citations to United States Supreme Court cases from which the quotes came, in order to make this more readable. I’m not writing a law review article, after all, so readability is an allowable goal.

You might say with absolutely no error that “probable cause” is built of “wiggle words,” which ultimately cover a whole host of situations where there is nothing “probable” to “cause” you to hold a particular belief, but rather that you have just developed a strong suspicion that something doesn’t smell right. Courts routinely note, when finding probable cause on the most threadbare basis, that they “recognize the closeness of th[e] issue,” and that there is a possibility – even a strong possibility – that the “evidence” that supports “probable cause” is actually the result of innocent behavior. But,

When I explain “probable cause” to my clients in the context of what California refers to as a “preliminary hearing,” I explain it to them like this:

“Probable cause” means that a crime might have been committed, and you might be the person who committed the crime. It doesn’t matter if there is also a possibility – even a strong possibility – that you are not guilty of any crime. “Probable cause” just means you might have committed the crime. The judge will therefore say that we need to have a trial to find out whether, or not, you actually did commit the crime (or crimes) of which you are accused.

To show you how loose this concept is, in a recent case in which I was the attorney, my client was charged with sexual molestation because he touched a girl on the shoulder – yes, the Complaint (the legal document with the charges) against him actually says that he touched her on the shoulder – and she said that it made her feel “un…comfortable.” But there were millions of dollars to be made, and a young girl made “un…comfortable” by a thirty-year-old male touching her on the shoulder might be a violation of the laws against molesting children.

Or so the court said when refusing my request that that charge be dismissed at the end of the preliminary hearing.

And so it was that from the moment of the news reports, including the accounts of dumbfounded uninvolved eyewitnesses to the shooting of Michael Brown by Darren Wilson, there was “probable cause” to believe that the shooting was unjustified. Something did not smell right. It continues not to smell right.

And from those days to these, white people have systematically worked to maintain their hegemony over non-white people. In the beginning, it was done by laws allowing and enforcing explicit and abject slavery. White people legally “owned” black people. They did pretty much whatever they wanted with black people: they used them as a nearly-free labor source; they used them for sexual gratification (that is, they raped them); they beat them; and, not infrequently, they killed them with impunity. It was a system which clearly stunk to high Heaven, and thought the odor was the smell of sweet sacrifices to the white god who ordained it.

Eventually, enough people – both black and white – could no longer handle that stench, and a civil war was fought. Thereafter, the clumsy legal system of the defeated South tried to maintain an only slightly less explicit system of slavery through so-called “Jim Crow” laws. [3]The label “Jim Crow” was originally a derisive way of describing blacks, much like what we now euphemistically refer to as “the ‘N’ word.” It was only later that it came to be used as the name for a system, based on a theory of white supremacy, to oppress blacks.

But America is all about progress. And by progress, we mean pretending that we’re becoming a more advanced people, for whom racial prejudice is a thing of the past.

So it is that eventually, the courts did away with laws that explicitly enforced a system in which not all men were created equal. But white supremacy will not be thwarted, and out of the abolition of an explicit Jim Crow, every part of every legal system in the United States of America evolved an easier-to-deny Jim Crow system. It is used quite effectively to control America’s black population. As Alice Goffman writes, it is enforced by America’s police forces, which

beat up people under arrest, steal from suspects, smash up homes while serving warrants, and use the results of surveillance to turn lovers or family members against one another.

White people largely don’t know about it, and when stuck in a situation where they finally see it, they try to ignore it, rationalize it, or go into shock.

Such behavior shocks Goffman, at least at first.

But the neighborhood’s longtime residents are more resigned. To them, police raids are like thunderstorms: take cover if you can, and don’t go back outside until it stops raining.

Too often, that rain comes in the form of a hail of bullets.

But, of course, that’s just one of the more obvious accoutrements of the contemporary version of the long-running American Race War. Most black people are merely “supervised” – under the guise of a system of “justice” that targets non-whites from the moment they’re old enough, and foolish enough, to go out into White America.

In California, whence I write this, and where I practice “law,” an average of ninety percent – ninety percent! – of prisoners in the Division of Juvenile Justice facilities are non-white. Approximately forty percent of my practice at any given time is juvenile defense. Speaking just of juveniles right now, not many of my clients are white. I don’t know why – perhaps it’s because the crimes of older white people are less tolerable, and we unknowingly work harder to keep white children out of the legal system – but while I do have a number of white adult clients, the juveniles are nearly always non-white. And when I do have white juvenile clients, they are always punished to a lesser degree than my non-white clients. One example – aside from the large number of children Fresno County sends to prison [4]Most years, of the 58 counties in California, only Los Angeles sends a higher number than we do. – is with relation to what are called “Fitness Hearings.” These are hearings where the court is asked to decide whether a child should stay in the juvenile system, or be sent into the adult criminal system, to be possibly subject to more serious prison terms. I don’t recall ever having a Fitness Hearing where my client was white.

While writing this, I did a search on my calendar for “FIT,” and not one of the twelve names that came up belonged to a white child.

The racial make-up of defendants in the adult criminal courts, and adult prisons, carries its own stench of racism. Depending on how you define “white,” California’s white population is anywhere from approximately forty percent to approximately eighty percent. But three out of every four California prisoners is non-white.

This is how modern white America wars on non-whites.

And then there are the shootings.

The fact of the matter is that with this history, these facts, combined with the testimony of those present at the time, and the really low standard of review known as “probable cause,” there was always – from the moment the bullets fired from white cop Darren Wilson’s weapon entered the black body of Michael Brown – probable cause to hold Wilson to answer at trial.

There was just no possible way it was going to happen.

UPDATE: Gideon now has his post up. “This isn’t about Michael Brown.”