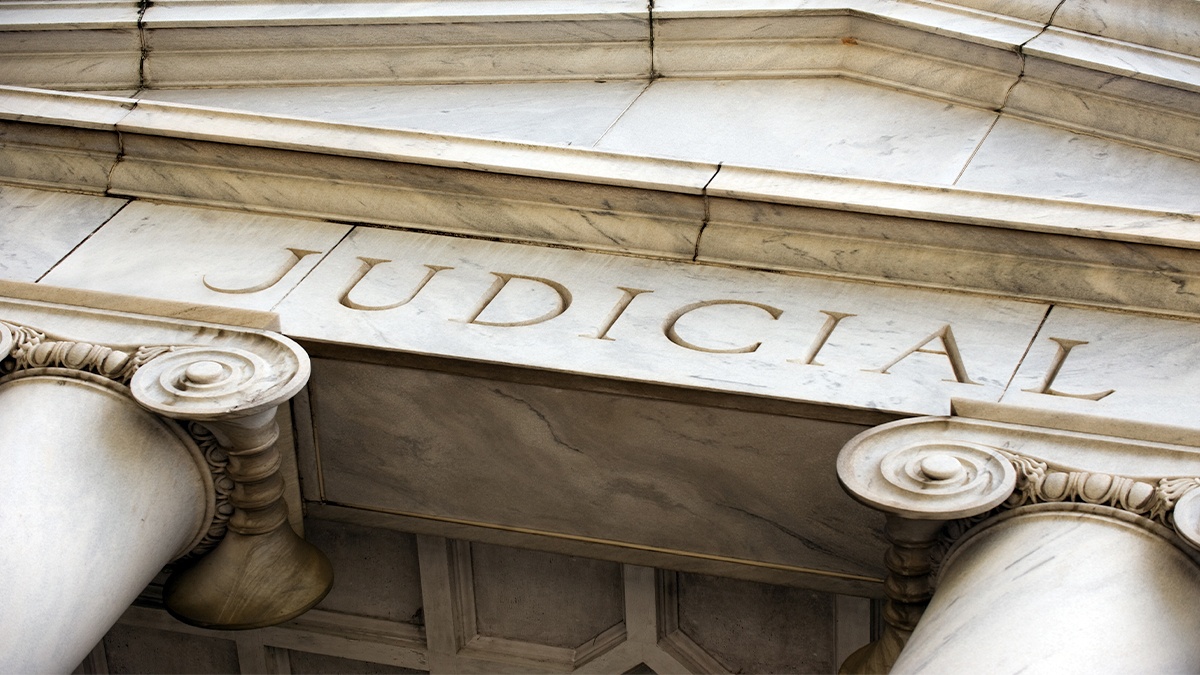 Who are the Real Criminals?

American "Justice" is an Injustice

If there is one thing that the American system of “justice” lacks, it is justice. Anyone looking at the system up-close — and who isn’t a sociopath — is forced to admit this. When you do look at how the system really works, you must ask, “Who are the real criminals?”

Because the real criminals are running the system.

And they aren’t afraid to imprison people illegally.

Just yesterday, a lawyer-friend I haven’t heard from in a while called to talk to me. We discussed the usual, “How are things going? How’s the pandemic treating you?” And I mentioned a couple of problematic cases I’m working. One really unjust situation is before the California Supreme Court right now.

My friend — and I’m basically paraphrasing what she said, because I don’t remember her exact words — said that she sometimes hated me because I made her like Sokath, his eyes opened.

She did not say that. She might not even know who Sokath was. But she did say she sometimes hated that I opened her eyes, and I like the Tamarians, and their language, which is an extreme case of a cultural reliquary, something I also enjoy.

And, yeah, I get that that is off-topic somewhat. But I think about the Tamarians a lot when I think about the legal system. The system is the beast at Tanagra. And fighting cases reminds me too often of Chenza at court, the court of silence.

Chenza at Court, the Court of Silence

Half the time, courts don’t listen to what the defense argues, and rarely do they actually read a defense brief. Just yesterday — for about the millionth time — a judge told me he didn’t have time to read my 16-page Mitigation Statement filed for a client’s sentencing. And, by the way, here’s a screenshot of the first page, so you can see this wasn’t a dense 16-pages.

Hell, the only reason they listen to anything the prosecutors say is to find a nugget to quote to show they were paying attention. Prosecutors don’t like to be ignored. Plus, they’re future judges, so current judges don’t want to offend.

My case before the Supreme Court includes a request for a Stay of Proceedings. Though they granted an extension to the Attorney General — whose stated need for it was 1) the brief will need to go through several levels of review; then 2) undergo revision based on the reviews, which takes time; and 3) another person needed to format it for e-filing — they did not even respond to the request to stay proceedings so my client isn’t harmed while we wait for the Brief-Writing Army at the Attorney General’s Office to finish.

I don’t have an army, but I managed to turn around and get a brief filed in two hours after the Fifth decided that they only needed four hours to issue a postcard denial. I even did my own formatting!

All this is what my friend had come to see, and loathe, about our criminal injustice system: the system grinds people up, and spits them into prison, with nary a thought about actual justice, or even due process. The courts do not bother to read most briefs, and rarely write anything longer than the word “denied.”

Nor are there any prosecutors capable of playing Darmok — or even Dathon. Most prosecutors make no attempt at communication whatsoever, let alone “heroic attempts.” Why should they? Prosecutors don’t even need to turn the cranks: courts unquestioningly grind.

There’s No Justice in American “Justice”

This is because there is no justice in American “justice.” Despite John Roberts’s lies to the contrary, the process is political throughout. On a certain level, it might be true that there are no Trump judges, or Obama judges. But that level is the trial court level, where all judges since the Great Purge — understanding on which side their bread is buttered — are uniformly oriented towards locking people up, and doing it quickly.

There are, after all, dockets to clear. Those children of prison-industrial-complex workers won’t feed themselves. Prisons need prisoners!

And while it is true that you could as easily — or even more easily — clear the dockets if the judges would do the hard work of actually judging, that move is fraught with risk.

You see, ordinary people don’t like that “criminals” go free. Even if they aren’t criminals. And, in the eyes of too many ordinary people, a “criminal” is someone who has been arrested. You can see this yourself by just listening whenever the news reports a crime, or by reading the comments — particularly if the accusation involves child molestation, child pornography, or other sex crimes.

And the Great Purge, coupled with the Persky Protocol (death threats and expulsion from office), reinforced the message.

You Fail Until You Win, Then You Fail

Gilbert Tried & Failed; Then Was Right, But Failed

The “tweet” thread linked in the third paragraph of my post tells the story — well, part of it — of Ezell Gilbert. And the opening words of this opinion tell you just how screwed up the American injustice system is.

Ezell Gilbert, a federal prisoner, wants to have an error of law in the calculation of his sentence corrected based upon a Supreme Court decision interpreting the sentencing guidelines, even though that decision was issued eleven years after he was sentenced.

That’s true. But Gilbert had previously argued the point on his first trip to court to litigate his illegal sentence. As the tweet thread pointed out, Gilbert was freed at one point by judges who disagreed with Department of “Justice” that the law in the United States required “a person had to serve a prison sentence that everyone admitted was illegal.”

The Obama/Holder Department of “Justice” — proving my point, by the way, that the only sense in which Trump versus Obama “justice” is not political is in the fact that both are evil and anti-law — managed to convince a larger group of Republican judges to reverse this. They rearrested, and reimprisoned, Gilbert.

But the point here is this: Gilbert had argued early on that his sentence was illegal. And pretty much everyone agreed with him. Then a group of Republicans led by the Obama Administration got that reversed. The Supremes finally addressed the question, in someone else’s case. They corrected the unjust law.

It just didn’t do Gilbert any good.

This Form of Injustice Isn’t Unique

We lost those arguments every STEP of the way. (Pun intended.)

Then, in 2016, the California Supreme Court overruled prior authority that allowed “expert’s” to rely on case-specific facts, even when those facts are hearsay.

The Goldstein Goldmine That Wasn’t

I had previously made similar arguments based upon a set of New York cases — Goldstein I and Goldstein II — where among other quotes, I forcefully argued from this one:

[I]t can be argued that there should be at least some limit on the right of the proponent of an expert’s opinion to put before the fact-finder all information, not otherwise admissible, on which the opinion is based. Otherwise, a party might effectively nullify the hearsay rule by making that party’s expert a “conduit for hearsay.”

I just took the above information about the Goldstein cases from briefs I wrote back in 2008. But in 2008, they did us no good.

Sanchez Saves the Day, Not!

If an expert testifies to case-specific out-of-court statements to explain the bases for his opinion, those statements are necessarily considered by the jury for their truth, thus rendering them hearsay. Like any other hearsay evidence, it must be properly admitted through an applicable hearsay exception.

The court reversed the true findings of Sanchez‘s gang enhancements. But that did not help my clients for whom the same arguments had failed years before.

The Criminal Courts Did Not Save Gilbert

That heading is deliberately ambiguous. After all, the courts maintained Gilbert’s illegal incarceration. The Obama Department of “Justice” succeeded in re-imprisoning him. Two years later, Obama granted clemency, and the press praised his leniency.

Tens of thousands of other human being [sic] remained in prison illegally. You’ve never heard their names.

The American “Justice” system is an injustice system. As the dissent in the Gilbert case noted,

Much is made of the “floodgates” that will open should the court exercise its authority to remedy the mistake made by us in Gilbert’s sentence. The government hints that there are many others in Gilbert’s position – sitting in prison serving sentences that were illegally imposed. We used to call such systems “gulags.” Now, apparently, we call them the United States.