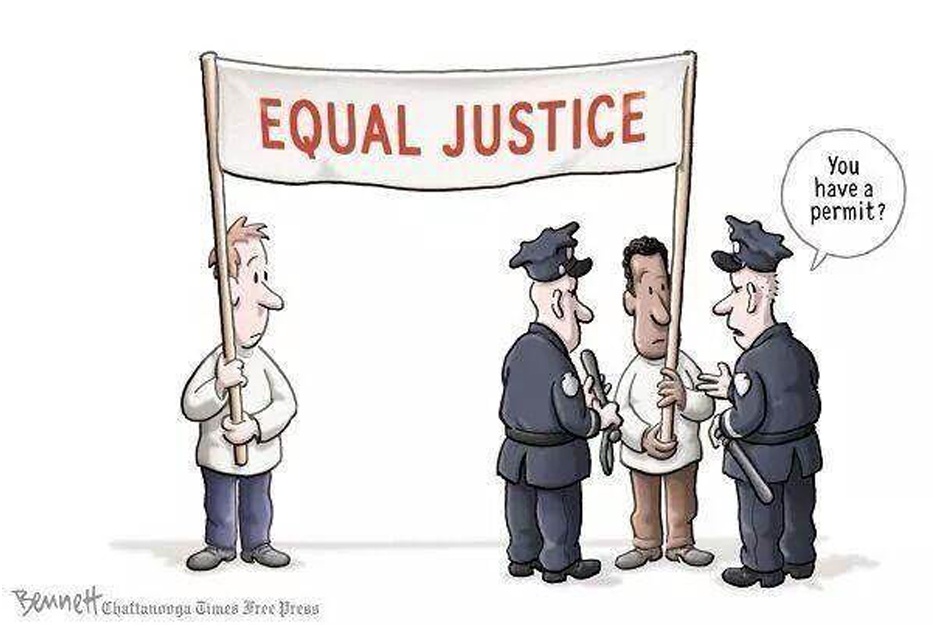 There’s a predictable pattern to the aftermath of too many deadly police shootings: Neighbors and anti-police brutality groups take to the streets. Groups supporting the officers stand up for them. Social media lights up over whether the victim “did something” to provoke the officer.

But, the article goes on to note, this time it’s different. Why?

Because the unarmed woman is not a black man, and the police officer is.

Before becoming a criminal defense attorney, I was already aware that racism in the criminal justice system was a problem. [1]And defending people with criminal street gang charges has amplified my understanding of how racial issues warp the system. How could it not be? Racism is a problem throughout—and beyond—the United States.

I’ve known that since childhood, when the United States Navy transferred my father from N.A.S. Millington to N.A.S. Lemoore after he integrated the Boy Scouts in the southwestern region of Tennessee. My brother had already been suspended from his elementary school because he shared his lunch with a black friend. But when my father integrated the Boy Scout troops in the area, bullets began to fly.

We lived in Shelby County at the time—in either the town of Atoka, or Munford [2]I don’t recall which, and for years I thought they were the same town, just known by different names depending on which side of the tracks you were from. The map seems to indicate they’re separate towns, and I don’t recall which we lived in now.—and I recall that one of the things I’d heard was a judge from either Tipton County, or Fayette County, said that if my dad set foot in “his” county, he’d have my dad arrested. After that, the suggestion was for a little extra judicial (or maybe extrajudicial) “justice.”

Somewhere in there—as I recall the story, it was when someone shot at someone over this on the Navy base—the Navy decided that people like us would be better off in California, with all the other liberal pinko commies.

I’ve lived in California ever since.

When we moved to California, we noticed that the Navy was right: racism didn’t exist in California.

Ha! I’m kidding. Racism was, in some ways, worse here than in Tennessee. At least in Tennessee, we knew who the more-dangerous racists were; in California, it wasn’t considered “civilized” to parade your racism. It was totally civilized to be a racist: just not to be too out about it.

As to Tennessee, I said “more dangerous” because I’m pretty sure everyone we ever met was, and likely still is, a racist. In fact, I am of the opinion that we are all racists. I see “racism” as a more extreme form of the evolutionarily-driven tendency towards in-group favoritism. One that intelligent people should fight to overcome.

Educated people try to be conscious of their hidden prejudices and to measure them against the facts and against the sensibilities of others. In public life we try to judge people as individuals, not as specimens of a sex or ethnic group. … The very idea that the members of an ethnic group should be persecuted because of their biology fills us with revulsion.

Yeah, I agree that we should be like this. We aren’t.

Talking about the reality of America’s so-called justice systems (the plural is not a typo) is problematic. Steven Pinker may think that educated people try to be conscious of hidden prejudices, and deal with them but—to riff off Socrates—too many of us live the unexamined life. Finding a way to get folk to do this, without ruffling feathers, can be tough.

When it comes to cops who kill versus the banality of everyday racism, things are even more complicated. Scott Greenfield [3]Hey, it’s been a while, okay? writes that the key issue with killer cops does not boil down to race:

Racism is a boil on the buttocks of policing, but cop fear and entitlement to kill is the disease.

The real problem is the First Rule of Policing, and he wants to see the public come together to do something about that.

He’s right about that, and he’s also right that we can’t drive people away if we hope to achieve the goal of making sure each person, and not just those who are cops, makes it home to their family at the end of a cop’s shift.

[W]hat I find reprehensible is driving them away, indulging in the constant shaming and name-calling when the opportunity presents itself to create consensus if you can just resist the compulsion to engage in burning the heretics at the stake.

Right again. Shaming, and name-calling, are misguided. They sometimes feel good to do. Too many times they seem like the only things to do, because “the other side” isn’t willing to listen at all. But they are, if one is concerned with building consensus, counter-productive: calling people racists, and trying to shame them, doesn’t make them want to buddy-up with you.

And, yet, there can be no denial that race is relevant, material. I wholeheartedly agree with Scott that the First Rule of Policing is a huge problem. No intelligent human being can disagree that police shootings—whether of unarmed black men, pajama-clad white women, or someone’s furry best friend—would not happen were it not for the First Rule of Policing. But there can also be no denying that, for many of us, the attention we pay to the issue is amplified, or diminished, as we amplify, or diminish, the relative values of the involved parties based on skin color.

“[What the public reaction in this incident says about America in 2017 is that] despite the rhetoric about the US being a melting pot or whatever, people have different experiences based on their racial background,” Love said. “Those experiences give us, sometimes, a different set of lenses and a different view of reality. And we have to find some way of bridging that divide … to help people understand the experiences of other people.”

If you think about this for a minute, that’s the problem all the way around. It’s a problem with the police officers who so often seem to be over-reacting to any loud noise, or other “clue” that puts them in fear for their lives. It’s a problem for people like Justine Damond [4]The CNN story, by the way, refers to her as Justine Ruszczyk. Another story notes that “Damond’s maiden name was Justine Ruszczyk, and though she was not yet married, she had been using her fiance’s last name.”, living on the Good Guy Curve, who certainly never thought that interacting with police officers, even in a dark alley, was going to get her killed. It’s a problem for those of us looking at these things after the fact. And it’s a problem for those of us interested in fixing not just problems with the First Rule of Policing, but with more pandemic features of living with police.

But it’s not a problem for all of us in the same way. “White privilege” is a real thing. And it should go without saying that those who are not white do not receive the benefits of white privilege. Race has much more than a little to do with the disparate treatment, the disparate outcomes, and the disparate outrage felt over police adherence to the First Rule of Policing.

Can we do this without alienating those who cringe at the mere mention that there are pandemic racial issues in the criminal law system? I don’t know. For our part, we can certainly try to find ways to bring discussions about race to the fore without yelling “Racist!” at everyone who disagrees with us over the severity—or even the existence—of the problem.

But I don’t think the answer is to follow the old California model of pretending that race doesn’t matter. The First Rule of Policing does, in fact, have racial foundations. I’m not saying there would be no First Rule if it weren’t for racism. But it’s there, and it needs to be addressed.

Without recognizing race, we’re never going to resolve this.