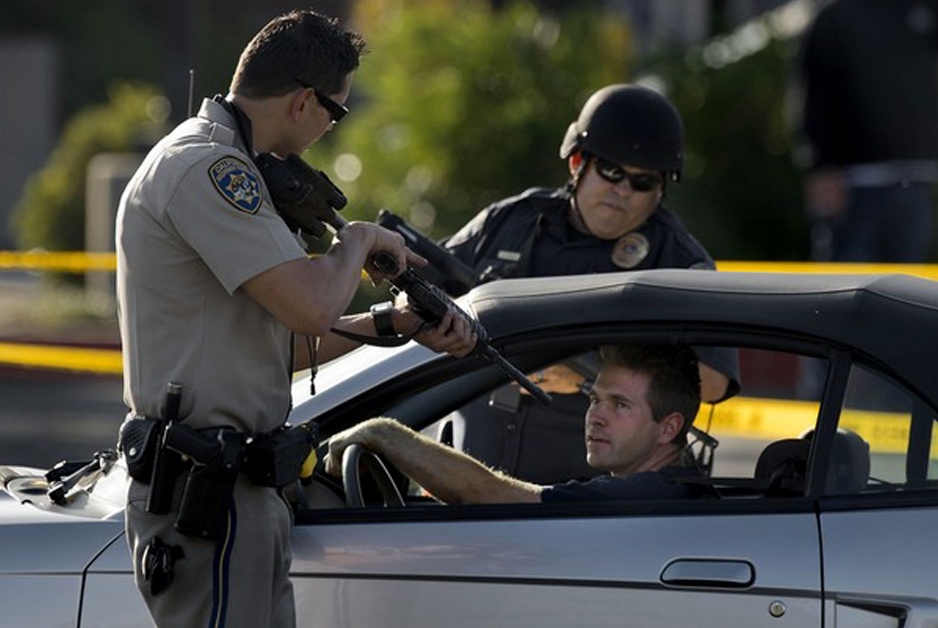 It is in vogue right now – at least over at Fault Lines on the Mimesis Law website – to remind people that cops allegedly have dangerous jobs, because they often travel to the scene of situations that could be dangerous for them. Scott Greenfield, who writes half the blog posts on the Internet these days, [1]I say that out of pure jealousy. I’m not criticizing Scott in the least. I consider him something of a mentor, even when I disagree with him about things where he is probably smarter than me. has his article. The words are easy to read; figuring out what he’s saying, perhaps not so much.

And Scott’s article about heroes who run towards danger was itself a response to an earlier Fault Lines post by Ken Womble, which more directly apologized to cops for all the mean things he’s said about them, and for his failure to write about the criminals he’s known, and represented, and for which he forgot to thank the cops for apprehending. I guess.

Don’t expect any apologies to cops on this blog. Some cops at some times do some good things.

And Brazilian wasp venom allegedly can cure cancer, too. But when I had cancer, I went to a surgeon to have it removed, rather than asking a denizen of the hive for help.

I always thought that Scott used to say of cops, and the dangerousness of their jobs, that if they were so afraid to do their jobs that they had to kill unarmed people, they should get jobs somewhere else, doing something else. Somewhere you didn’t have to pee yourself if you couldn’t kill a child within less than a second – or two if you go with the cop-generous version – of seeing him with a toy gun in his hands.

Maybe he still thinks that. I don’t know. I didn’t ask him before I started writing this article, and his own article seems to wander around quite a bit before settling on the idea that cops have dangerous jobs, and we should stop saying they don’t, because arguing over whether their jobs are dangerous, or not, gets in the way of fixing things.

At least I think that’s what it says. But I might not be smart enough to get what is apparently a nuanced point, rather than more cop apologetics.

Yeah, sure, I get it. Cops have dangerous jobs.

But, unlike firemen, who also run towards danger, cops have the ability to shoot, and kill, that which they believe threatens them. Even if they wrongly believe there is a threat where none exists. *BOOM!*

Too many cops are of the mindset that says, “shoot first, and invent a reason to show you feared for your life later.” And not just, although perhaps especially when, the potential threat is black. That’s what he gets for being black; he should have known better.

It happens often enough that you just have to wonder if cops don’t do it because they think it’s fun, because other people don’t get to regularly kill people without going to prison, and because cops can.

So, sorry, but I’m not sorry. No apologies to cops for attacking them for claiming to be bed-wetting, pants-pissing, scaredy-cats far too often, and killing people unnecessarily.

But if we want to talk red herrings, like whether or not a cop’s job is as dangerous as a logger’s – and noting that they’re far enough apart on the continuum of dangerousness to possibly count as apples-to-oranges – then let’s talk about the First Rule of Policing.

The First Rule of Policing doesn’t require a police officer to run in front of a car, jump on the hood, and fire four shots through the windshield to kill a teenager for possibly being an underage drinker trying to leave a party as police closed in to arrest everyone for such a heinous crime. It doesn’t require an officer to circle a rock collector in the desert in his helicopter before landing, illegally searching her, and finally wishing her a good day when he finds no reason to arrest her. It doesn’t require a police officer to kill a man who was running away from him, while another officer warns a witness who was filming the event to stop filming, and then tries to detain him – for what? to confiscate the video, and prevent the eventual termination of his buddy’s career?

Neither the First Rule of Policing, nor the dangerousness of a cop’s job, requires an officer to kill an innocent bystander while trying to shoot a fleeing suspect during an undercover sting operation – something that arguably should not be occurring in the first place.

The First Rule of Policing, and cops who have been inadequately diaper-trained, isn’t really what you think it is, anyway. Even one of Scott’s old articles about the subject (and they are legion) makes that clear:

What makes this video so instructive is that it went on long enough for the fear to dissipate. Harper was demanding to know why he was stopped, but the concern wanes as the interaction goes on. Harper wasn’t a real threat, but a guy who believed he was wrongly stopped and exercised his right as a citizen to know why he wasn’t left alone.

To say that Harper wasn’t a real threat is more than an understatement, and thus proves the point once again: the First Rule of Policing is just another misnamed justification for a beatdown – or worse, a murder – doled out for the refusal of any and all citizens, law-abiding or not, to behave like good little submitizens.

It’s not about cop safety. If it were only about cop safety, then citizens would have been shot just as frequently in the 1950s as they are today. Back then, it was frequently only one cop – or maybe two – facing down a potential threat like a guy with a crooked license plate. There were less controls on who could own a gun. And the Al Capones of the world weren’t as timid about shooting as many crooks are today.

Cops could not swarm people then, as they do now, as they did the guy with the crooked license plate. Like so many wasps looking to cure society of cancer by stinging those slow to comply to death. Today, the simplest traffic stop in my town is easy to spot: there will often be between two and seven police cars at the scene, and one or more people sitting on their asses by the side of the road, possibly-but-not-always handcuffed, while the cops – backs turned on the detainee, because they’re so scared – search the vehicle.

As I noted back in 2008, on my personal blog, before I even heard about the First Rule of Policing:

[F]rankly, the pursuit of “safety” in the United States has reached the level of insanity. Petty officials such as the Presiding Judge of the Fresno County Superior Court routinely ignore the constitutional requirements of the Fourth Amendment because it’s apparently reasonable to expect that anyone entering the courthouse might be armed and dangerous. We’ve forgotten that the Constitution required probable cause particularized to the individual being searched, not a belief that it was reasonable to think some person entering a courthouse might have a weapon.

In the end, it’s not about the First Rule of Policing. As I said, that’s just another red herring. It’s not about safety. It’s all about control.

Most of you are cool with that.

First, on the whole, we are sheep.  We’re not actually citizens, we’re submitizens.  When some new procedure or directive comes down from “on high” requiring us to empty our pockets, strip off our clothing, or otherwise submit to interference in our personal lives from the government, the majority of us don’t even ask why.  We just do it.  Those of us who don’t, suffer the full wrath of the government because the majority of us are submitizens.  Why should the government fear acting as if there were no Constitution, when it knows the submitizens will let them get away with it?

Judges are absolutely cool with it. I mean, what do you think this is? The 1970s, when judges like Rose Bird idealistically tried to hold the government to the requirements of law?

Second, if someone actually does resist and takes the issue to court, the court (which, incidentally, is still the government) simply redefines the term “search.”  Somehow, someway, going through people’s things and making them empty their pockets is not a search.

And don’t try to argue that that control is intended to make for safety. Don’t be the asshole who says that safety comes before freedom:

This is okay, “Y” tells us.  Y?  Because we must have safety before we can have freedom.

Ultimately, the conflation that concerns me isn’t between the differing types of alleged dangerousness in various professions. What concerns me is the abundance of red herrings in trying to walk the line between cop apologetics, and doing something about the problem of America’s transformation into a police state.