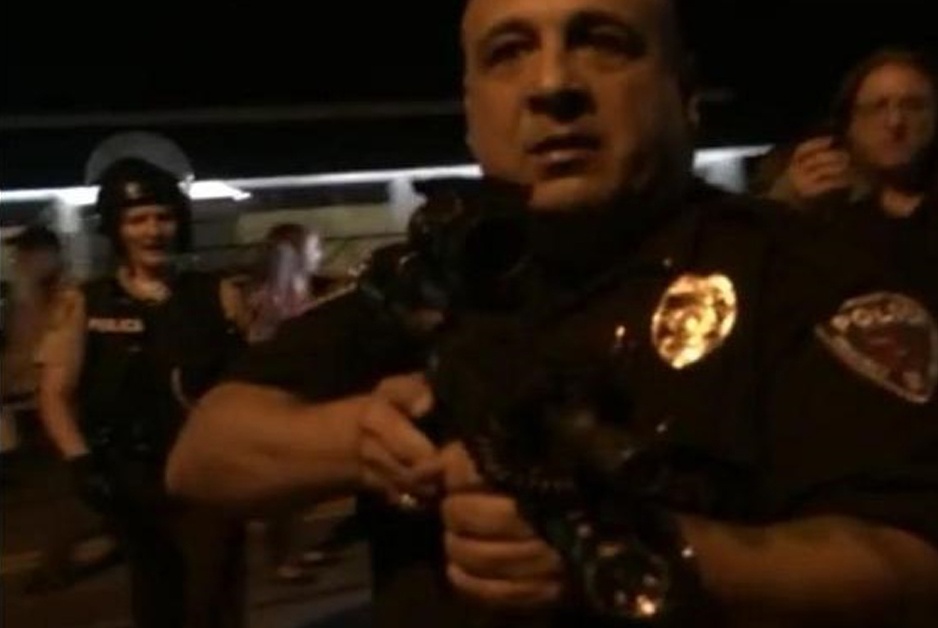 See Something, Get Shot

On more than one occasion, people have accused me of being hyperbolic because of my statement that no one should ever call the police. Ever. In response to a challenge the other day – so you wouldn’t call the police if you came across a dead body? – I had to admit that I did not know, but I did not think that I would in that case, as it was not going to bring the person back to life. And almost certainly would not result in the police capturing the murderer.

They might capture someone. They might blame that person for the murder. There’s a very good chance they’d just execute that someone on the spot.

And we’d never know if he was really guilty of the murder, or not.

What happened to Brent Graham provides ample evidence of the reasons why.

Graham, “a 55-year-old Vancouver man who had called 911 on his way to work to report an abandoned vehicle on the side of the road,” was shot in the leg by police after he saw something, and so he said something.  [1]By the way, ain’t it cool that the phrase, “If you see something, say something” is a Homeland Security trademark? Who knew big government was big busin…oh, I guess almost all of us know.

It seems that another man – John Kendall – had a spat with his neighbors that was serious enough to turn into a court case. On the day police tried to execute Brent Graham, Kendall and his neighbors Erich and Abigail Mounce were on their way to a court hearing when Kendall pulled out a gun at an intersection and shot Abigail in the face before fleeing. A county-wide manhunt naturally began for Kendall, with police officers “blast[ing the] media with his photo” – let the irony sink in here in a moment – and a description of his car.

Being amongst the better-educated, kinder, gentler crowd, Graham…well,

Graham, on his way to work at about 9:30 a.m. that day, spotted an unoccupied silver sedan parked in a turnout along Blandford Drive. He called 911 to report it, passing along the license plate that was registered to Kendall, unknowingly sending multiple police to where he was.

See something, say something.

Police arrived in the general vicinity of the abandoned vehicle. On an overpass. Three-hundred-thirty-four feet away from the turnout where Kendall’s car was parked.

It was from this location, on an overpass 334 feet away, that police were placed in great fear of their lives when Graham exited his car with, according to the officers, “what was likely a pistol in his hand.”

As it turns out, while Graham is not Kendall, and Graham’s car is not Kendall’s car, Graham did have a gun in his hand. According to the story previously-linked above, Graham heard a gunshot after police fired their guns. Not knowing it was the police, and thinking it came from the woods, Graham allegedly—and I have to say “allegedly,” because I’m not sure I believe anything police officers say anymore—fired a shot away from the officers, into the woods whence he thought the shot came, in order to let whoever fired the shot he heard know that he, too, was armed.

There’s something fishy about this story which isn’t being mentioned here. (Another reason I am not sure I believe the police report.) According to the detectives on the case, the police officers first fired at least one shot. This caused Graham to believe he was being fired on by someone in Kendall’s car. So Graham gets out of his car – after police have already fired at least one shot – and fires a shot away from the police officers, into the woods.

So, naturally, the police officers shit their pants and fired eight shots at Graham.

The scope and breadth of incompetence in this shooting is breathtaking. They had no clue who they were aiming at, primarily because of poor internal communications, but didn’t care. The First Rule kicked in, despite the cops being in a safe, non-threatened position, and they saw no reason not to fire first and figure out who they were firing at later. The notion that innocent bystander, Brent Graham, did anything threatening to explain the need to shoot is ludicrous.

Because, as Scott also noted, out of eight shots fired, the wondrously-equipped, allegedly well-trained, but scared-shitless SWAT team was only able to hit Graham with one of those shots, and that in the leg. Citizen execution accidentally averted.

Check out Scott’s post for even more insanity surrounding this case, as the police explain why the shooting of Graham was justified.

Say something, get shot.