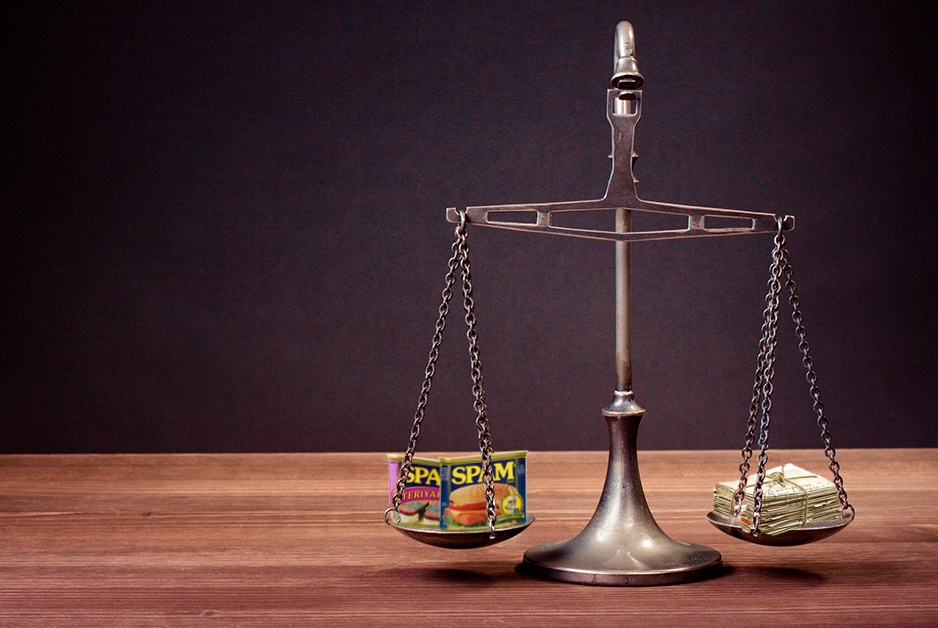 Here we have another example of how the courts have decided that the quaint concept of “justice” is no longer compatible with modern life.  The court in Pace v. United States Automobile Ass’n, 2007 U.S. Dist. LEXIS 49425, 9-10 (D. Colo. 2007) has held that because the courts decided to put themselves in the same class as pornographic spammers and stop using the United States Postal Service with its more than two centuries of service, law firms and their clients will be punished.

The Internet, for all the good that it has brought otherwise, is still relatively new and unreliable when it comes to the consistent and competent dissemination of information — time-sensitive or otherwise.

This morning, for example, I received a phone call from a program placement counselor.  I had requested my client be evaluated for in-patient placement before an upcoming hearing.  Several days ago, I emailed the evaluator to inform her the client’s family had paid the evaluation and fee and she should proceed.  Now, I’ve exchanged several emails with this evaluator, so I had no reason to think my email would not be received.  But this morning’s message on my voicemail had her asking me to notify her when the family made its payment so she could get started, since the hearing date is fast approaching.  So, I sent her another email, but (to be safe) I also called her (and was forced to leave a voicemail when I could not reach her).

Meanwhile, on this and another blog I maintain, I daily wade through tons of spam to avoid missing comments people might post in response to my articles.

While looking for an old missing email this evening, I happened to run across a different email, concerning the Pace case.  Although I thank the gods it’s not a case to which I’m assigned, I missed the message because my filters kept it from my Inbox folder!

The court acknowledges that Mr. Bridgers,’ Mr. Markel’s, and Ms. Baxter’s [the attorneys who were not notified of the hearing because the court allowed itself to be identified on the Internet as a pornography spammer] absence was not wilful or contumacious. It was, instead, simply negligent because of the manner in which their computer was set up to deal with notices the court issued through its ECF system. While that may explain the absence of plaintiff’s counsel and help to make it somewhat understandable, that is not enough.

And, since “that is not enough,” the court penalized the attorneys by requiring them to pay attorneys’ fees to opposing counsel.

On the one hand, some smug self-righteous and thoughtless individuals might count this as justified on the grounds that the firm responded to its female employees’ complaints by tightening its spam filters when it should not have.  On the other hand, if the law firm had not done this, they will be potentially open to a suit on the basis of creating a hostile work environment for the female employees who complained.  On the other hand — ha! you thought I only had two hands! — the reality is that the courts don’t give a rat’s ass about justice, which requires notice, among other things.  Instead, ironically, they behave more and more as arbitrary, process-oriented, content-blind and unfeeling bits of computer code.  They’re apparently sophisticated enough to hire secretaries who know how to use the Internet (you don’t think the judges themselves actually send email notices to attorneys, do you? half the living judges wouldn’t know how!).  But they’ve never heard of telephones and couldn’t suggest that when the attorneys didn’t show up after an email — EMAIL! — was sent, that someone call the firm so they could send someone to attend the hearing.

What the hell is wrong with you people?  Have we truly reached the point where following imperfect procedures matters more than justice?

Someone, please: shoot me now!