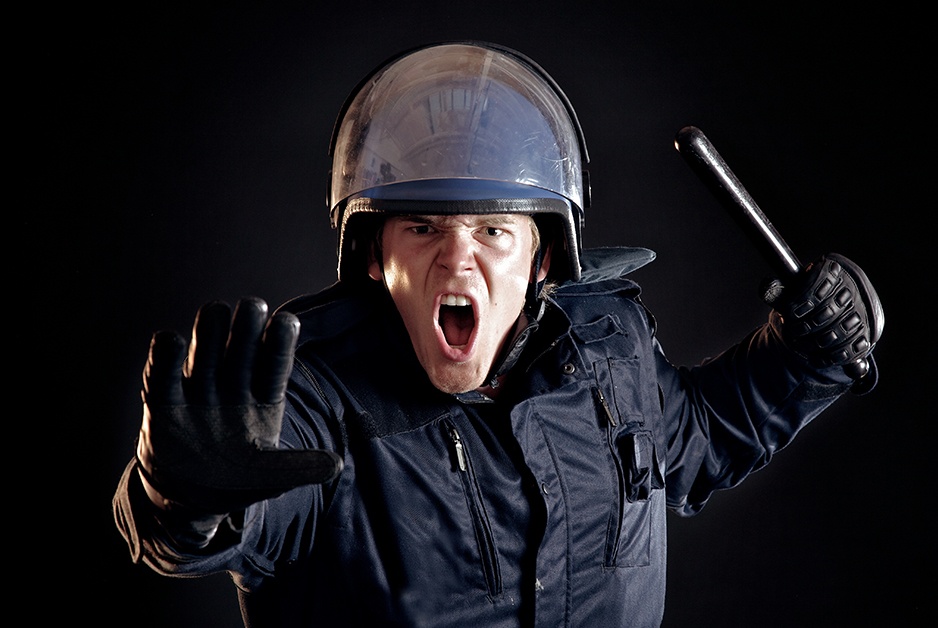 Approaching the courthouse doors, I was puzzled to see a small line at the attorneys’ door. “That’s odd,” I thought. “There’s never a line here.” And the line wasn’t moving very fast; in fact, as I and a couple of others approached, it was clearly getting longer.

As the line moved forward and I got close enough, I felt anger rising as I realized why there was a line.

(Update 2015: Negative stories about police tend to disappear from the Internet a lot, so as you read this, you’ll see some links have been deleted.)

For years there have separate entrances to the courthouse in Fresno for attorneys.  Many other courthouses have a similar arrangement.  The idea is, you flash your bar card (or, if you’re a real person, your badge) and you are waved on through.  We make it to our places that much faster, without waiting in long lines like the hoi polloi; the flow of personnel needed to pillory the public is unimpeded.

Everyone, that is, except the Deputy District Attorney who passed behind me as I struggled to triple-check my pockets after setting off the metal detector for the third time.  (Turned out to be the collar stays in my shirt.)  The Deputy District Attorney, hauling a small rolling carton ostensibly full of files, flashed a badge and was — just like in the old days! — waved through without so much as a pat-down.

Me?  I’m a defense attorney.  We’re “officers of the court” when the court wants something from us; vermin otherwise.

If you’re like the “attorney” standing nearby as I went through this procedure, you’re probably thinking, “So what?  What’s the big deal?  There are dangerous people out there.  Judges and other people get shot in the courthouse every day!”  Well, they don’t actually.

The courts, though, really do have nothing to fear from treating us all as potential murderers.  Because as the other attorney showed, we have become a nation of submitizens. Each time the government implements another of these “safety procedures,” citizens are further dehumanized; pushed further down the road to becoming submitizens.  And we do it, increasingly, without protest.  If the government wants it, it must be good, or at least okay, right?

If the presiding judge’s apparent belief that a metal detector on every corner is some misguided attempt at making people safe, perhaps the judge would do well to read some of the writings of our Founders.  Aside from learning that the government is supposed to be of the people, by the people and for the people, the judge would also encounter these words:

If murders and assaults with weapons by attorneys were a frequent occurrence in our courts, I could almost understand what is happening.  There is no evidence, however, that this is the case.

There is every bit of evidence that this is another case of “because I can” petty tyranny.  And we attorneys — at least defense attorneys! — should be standing up to these abuses of power.

When even we defense attorneys become submitizens, what remains of the land of the free and the home of the brave?