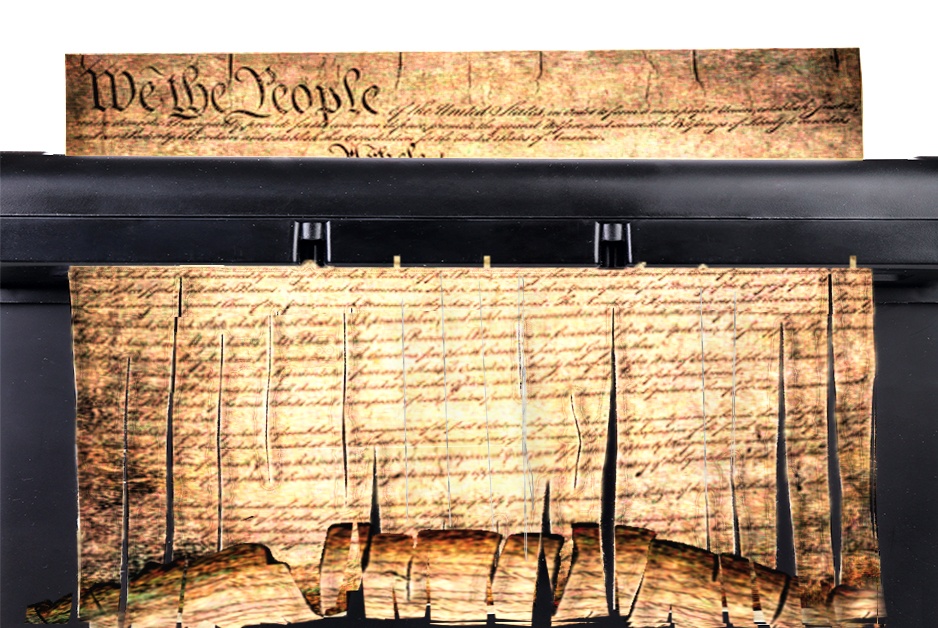 Supreme Court: It’s Only A Small Violation of the Constitution

Being a criminal defense attorney is never an easy job. It doesn’t matter whether you’re dealing with the everyday instances of prosecutors who hide exculpatory evidence, and even perjure themselves over it while ignorant judges declare that it doesn’t happen in their courtrooms, or you’re a public defender being arrested for asking the police why they’re questioning your client outside the courtroom, or if you’re standing before the United States Supreme Court listening to the Chief Justice joke that the constitutional violation upon which they are asked to opine isn’t really a problem because, well…

It’s only a violation of the Fourth Amendment for two minutes, right?

Yet this is the world in which we, criminal defense lawyers, “practice.”

We call it “practice,” because in the absence of the rule of law, we can only try to learn certain moves – like a boxer in the ring who learns to throw a left hook once in a while – and we try them over, and over, until we’ve learned them as well as we can. We hope they will work. And sometimes they do; sometimes they don’t. Because in a world without law, that’s just how things go.

It wasn’t always like this in the United States. This quaint little document which – as Justice Sotomayor, the only person on the United States Supreme Court with any experience in a criminal court at all, and a prosecutor at that, has said is now but a “useless piece of paper” – was once the supreme law of the land.

Indeed, it was more than that. One of the meanings of “constitution,” is “a document that describes the system of beliefs and laws by which a country, state, or organization is governed.” You might be surprised, if you knew nothing at all about language, history, or the Constitution, to know that “constitution,” and “constitute,” are related words. And to “constitute” something is to create it, to establish it, to form it, to make it up – in other words, before the thing constituted is constituted, it does not exist.

The reason for that is that unlike the fantasy-land in which “Justice” Roberts lives, our land was real. And it was grounded on something relatively solid. Not the constantly-changing, politically-inspired, money-driven opinions of Supreme Court “justices,” not the shifting sands of even the public’s opinion, but a solid foundation of law. To quote Justice Sotomayor – the only person on the United States Supreme Court with any experience in a criminal courtroom at all, and a prosecutor at that –

As far back as the Romans, if not farther, the rule of law has been understood to include the principle that

Americans having no more knowledge today of Latin than “Justice” Roberts has of humor, or the Supreme Court of the United States (excepting Justice Sotomayor, the only person on the United States Supreme Court with any experience in a criminal courtroom at all, and a prosecutor at that) as a whole has of the rule of law, allow me to translate:

Ignorance of the law is no excuse.

In other words, to quote Wikipedia:

Presumed knowledge of the law is the principle in jurisprudence that one is bound by a law even if one does not know of it.

This used to mean everyone in the United States. Citizens, judges, legislators – and even cops. For that reason, we held everyone to a certain standard. Generically, this was the “reasonable person” standard. For cops, it was the “objectively reasonable police officer” – one who would, presumably, as an upholder of the law, actually know the law. But for all of us, the bedrock principle in a nation founded upon the rule of law was that ignorance of the law was no excuse.

And so it remains. For you. For me. Assuming that you, and I, are not cops. If you are a cop (sorry, but I’m just a little too ethical, and too much a student of the law, to ever be one), well, you get a pass. For you, the saying is not “ignorantia juris non excusat,” but “ignorantia est lætitia” (ignorance is bliss).

“Justice” Roberts, who wants you to laugh at the Constitution, but only for two minutes, doesn’t think that a temporary abrogation – as a special rule for cops only – of the historical standard that ignorance is no excuse for the law which predates the Roman Empire will be a problem:

Chief Justice Roberts wrote that the court’s decision “does not discourage officers from learning the law,” because only objectively reasonable mistakes were permitted.

“An officer can gain no Fourth Amendment advantage,” the chief justice wrote, “through a sloppy study of the laws he is duty-bound to enforce.”

Or is my mistake over the “sloppy study” part, because officers who make such mistakes haven’t sloppily studied: they’ve simply not bothered to study at all!

But, I mean, it’s just two minutes, right? Unless you’re the public defender, in which case it’s just an hour, right? Unless you’re the public defender’s client, in which case it could be several years because you watch your lawyer being arrested for trying to provide assistance for your defense, and so you figure if she’s screwed, you’re screwed, and you abandon your Fifth Amendment right to silence in order to answer questions that lead to your imprisonment….

Chief “Justice”:
A pestilence on him for a mad citizen! ‘a pour’d a flagon
of Justice on my head once. This same skull, sir, was, sir,
Law’s skull, the King’s jester.

Defense Attorney:
This? [Takes the skull]

Defense Attorney:
Alas, poor Justice! I knew him, as a citizen, a fellow of infinite
jest, of most excellent fancy. He hath bore me on his back a
thousand times, and now how abhorr’d in your imagination it is!
Your gorge rises at it. [1]Apologies to Shakespeare.

Thus Justice, and the accompanying Rule of Law, shall be no more.

No, it’s not just for two minutes. Once the Constitution becomes a useless piece of paper, the United States of America – and the rule of law upon which it was founded – ceases to exist.