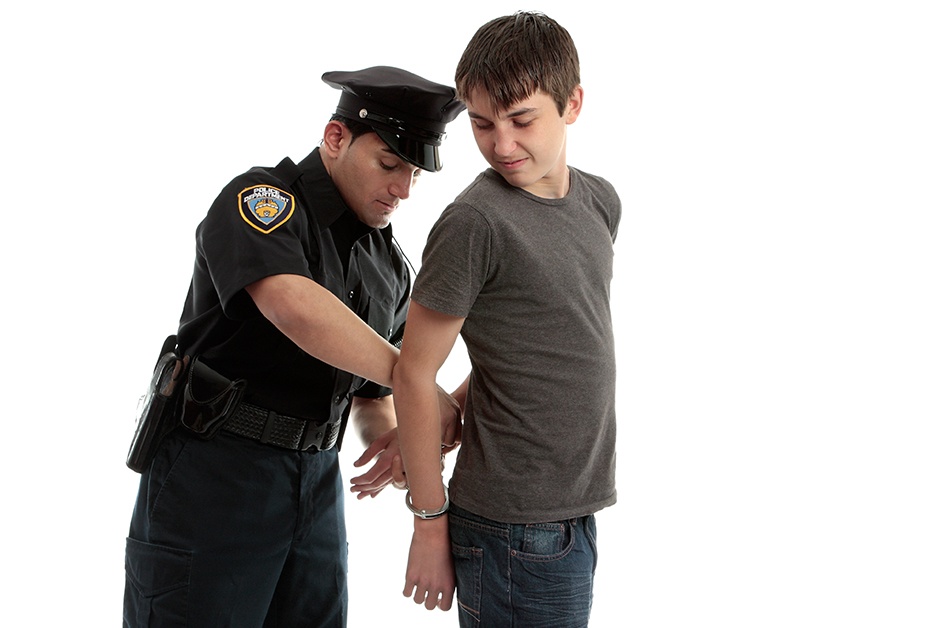 Teach Your Children Well (Part 1 of 2)

Sharing a waiting space with other parents of kids in the same extra curricular activity as my kid. One of them is a white cop in a local Valley town. He’s wearing an “All Lives Matter” t-shirt. Which is why Andrea Thacker Delcore and I are already socializing our kids to avoid the police, to show respect if *forced* to interact with them, and to withhold their trust.

A rather healthy (for the most part) discussion ensued. But some comments—not just the stereotypical “most cops are good guys” comments, but even those of people who don’t buy into that—at least hinted at a lack of understanding of the realities of life under the watchful eyes of Scalia’s “modern professional police forces.” It seemed like another opportunity to advise people to teach their children well.

That starts with correct information, although before I get to that, there are a couple of other things that need explaining.

So first, let me point out that I’m going to try very hard to keep this from sounding like some sort of anti-cop diatribe. I admit, that won’t be easy. More cops today do bad things than ever before. Too many ordinary citizens accept this. This is a dysfunction surrounding the system of policing more than it is anything to do with “bad cops.” I don’t have to be a cop-basher to recognize that.

This realization has been both problematic, and, in a sense, liberating for me to recognize. I’ve always had a bit of cognitive dissonance over my attitudes about cops. Many—perhaps even most, or even “nearly all”—people who become police officers probably want to make the world a better place, just as I would like to make the world a better place. For a variety of reasons mostly having to do with the subcultures in which we move, we just have different ideas about what that means. My approach doesn’t lead to your children being locked up in cages; theirs too often does.

It wasn’t always like this, but policing has changed. Yet, for too many cops, that only means that in the old days you could beat the shit out of someone without consequences, and today there might be some bad PR associated with doing so. As Radley Balko notes, the institutionalization of a police-state mentality is generationally-driven.

The divide among police on this issue isn’t political. One of the former police chiefs I interviewed…is a progressive. Another…is a conservative at the Hoover Institution.

Instead, the divide appears to be more generational. Older and retired cops don’t seem to like were policing is headed. (This is a generalization and an observation — I haven’t taken any polls.) Younger cops, who are nudging policing in a more militaristic direction, are naturally fine with it.

Some older cops, and more retired cops than I could possibly count, have expressed similar views about police practices and attitudes today.

At this point, and particularly with the abdication of constitutional values that even the United States Supreme Court now embraces, there probably isn’t much that can be done about this.

And don’t think I’m exaggerating when I talk about the abdication of constitutional values. One extremely well-known, and influential, federal judge has openly advocated for that:

I see absolutely no value to a judge of spending decades, years, months, weeks, day, hours, minutes, or seconds studying the Constitution, the history of its enactment, its amendments, and its implementation (across the centuries—well, just a little more than two centuries, and of course less for many of the amendments). Eighteenth-century guys, however smart, could not foresee the culture, technology, etc., of the 21st century.

“Which means,” he continued, “that the original Constitution, the Bill of Rights, and the post–Civil War amendments (including the 14th), do not speak to today.”

Don’t waste even seconds studying the Constitution if you are a judge!

Now, [1]By which he meant “in these days.” it seems unreasonable to think that a computer connected to the Web is immune from invasion. Indeed, the opposite holds true: in today’s digital world, it appears to be a virtual certainty that computers accessing the Internet can – and eventually will – be hacked.

Let that sink in for a minute. Imagine it restated this way:

Now, it seems unreasonable to think that your home is immune from invasion. Indeed, the opposite holds true: as has been true since the beginning of history, it appears to be a be a virtual certainty that your home can—and eventually will—be broken into.

There is no salvation in responding, “no, not all houses will eventually be broken into,” because the fact is that not all computers accessing the Internet will be hacked, either. The court’s ruling boils down to this: The court allowed cops to keep evidence they obtained by breaking into a computer; the reasoning was that the computer connected to the Internet; because of this, the owner should have known that someone could break into it; therefore, no expectation of privacy.

Give me a principled explanation of how your house is different than that computer. You can’t. What’s really happening here is that the cops obtained evidence by breaking into the computer, and if they don’t get to use it, the case against the accused person is harder to make. Maybe impossible. So, the court says, we’re going to let them use the evidence, even though they broke in to get it. The accused person should have known his [computer/car/house/locked safe] could get broken into, so it’s his own fault.

Ignoring the law to save a case is not rare. I have a case where the cops thought they were looking for one guy when they asked for a warrant. The judge granted the warrant. When the cops got there, they realized the guy they thought they were after didn’t exist at that location. They searched anyway. Another judge later agreed with me that the warrant should never have been granted based on the reasons given by the police, because it essentially depended on the existence of someone who’d never been there. But, they found some possibly illegal stuff in my client’s house (which is why we’re in court, right?), so what are we supposed to do? In the old days, the answer was easy: an illegal search doesn’t suddenly become legal because something was found; the evidence would be suppressed. But, today? The evidence comes in despite the illegality of the warrant.

So now let’s turn, finally, to teaching your children about interacting with police officers.

First, and foremost, it is worth noting that Utah v. Strieff notwithstanding, no one is required to engage in a so-called “consensual encounter” with police officers. “Consensual encounter” means that a police officer approaches your kid, and says something like, “Hey, can I ask you a question?” Or maybe she just walks up to your kid, and says, “Hi,” but she stops. So your kid stops because it’s the polite thing to do. Then she asks, “What is your name?,” or “What’s up?,” or something similar. If your kid is brown, or black, and the cop is an asshole, she might ask, “Where you from?” [2]This is the usual inquiry about gang membership.

Your kid doesn’t have to answer the cop if she doesn’t want to answer. Your kid could just walk away. That’s still the law as of this writing.

On the other hand, that doesn’t seem very nice. Being the polite sort, you might choose to tell your kids to cooperate. Doing so might seem to you like a good idea. Truth is, it’s a bit of a judgment call. Responding to the officer may provoke further questions, raise suspicions for reasons about which you have no inkling (because you aren’t there, and you aren’t the cop), and could ultimately lead to your child’s arrest. Because of the way too many cops tend to operate—believing that anyone who doesn’t immediately, and meekly, submit to their every desire—failing to respond to such questions could also provoke further questions, raise suspicions, and ultimately lead to your kid’s arrest. That’s what makes this a bit of a judgment call.

As I pointedly note in Sammy’s story, and have pointed out elsewhere, innocence is often irrelevant. And I’m deliberately addressing innocence here; things are obviously even worse if your kid has actually done something wrong. [3]Don’t make the mistake of thinking that if your kid did something wrong, she should fess up, and take her lumps, either. You have no idea the hell you’d be unleashing on both your kid, and yourself.

Of course, things are also worse if your kid is actually being detained.

But let’s go back to that judgment call issue for a second, shall we?

As noted, this raises the question about judgment calls. Not being there, and therefore not knowing the circumstances, you can’t make one. And no matter how much you may believe differently, your child almost certainly cannot make one. No matter how well you teach your child, your child will still have a child’s brain. Children’s brains do not work the same as adult brains. In fact, that’s the reason behind the proposed—but not yet passed—legislation that would not allow children to waive their right to remain silent until after speaking to a lawyer.

Worse yet, police are trained in interrogation techniques geared towards obtaining confessions, even from innocent people. Even from adults. Ironically, though, the most common interrogation technique taught to cops in the United States “is built on some faulty premises that tend to lead police in the wrong direction”—a technique so effective that more than one-quarter of DNA exonerations occur in cases involving a false confession.

So, taking all the above into consideration, what’s a parent to do?

Surprisingly, the answer is quite simple. Teach your children:

And if you really want to do right by your child? Drill him on it. It’s just three simple rules, but in a pinch, your child may be too scared to remember.

So teach your children well.

One last point—I know this has been a long post—addressing a concern of Hank’s wife, who says:

Remember that if the police interrogation goes wrong, your child quite possibly won’t be coming home at the end of the day for many days to come.