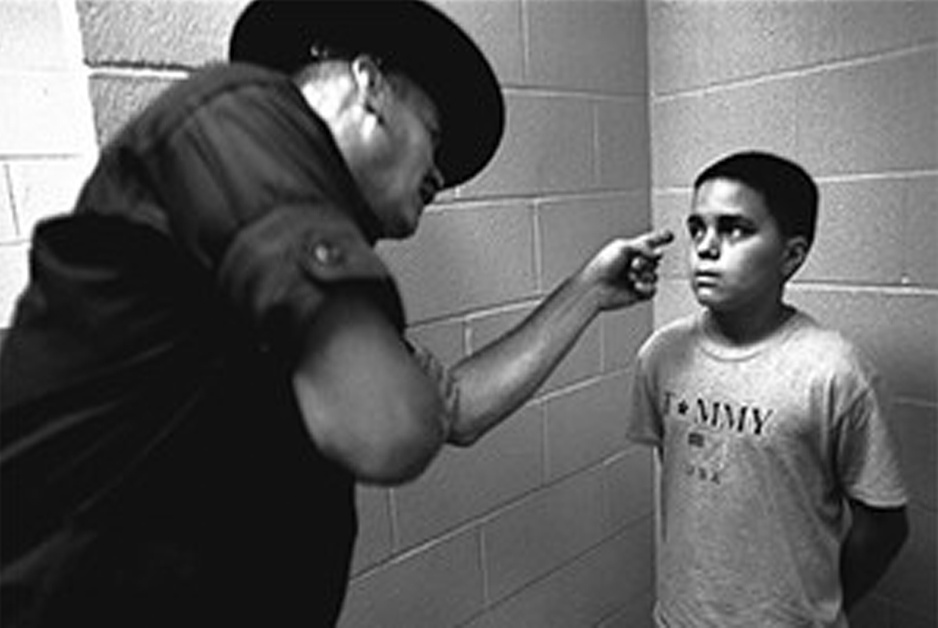 Teach Your Children Well (Part 2 of 2)

That post focused on the idea that children should be taught how to deal with police officers who might try to question them when their parents were not present.

Last night, I realized that while I gave the information about what should be taught, or done, it might be a good idea to give a little bit more on why I was so specific. Also, I wanted to say a couple more things about a concern Hank’s wife had expressed on Facebook, when I said there that children should be taught not to answer questions.

When it comes to police investigations, we expect—or at least hope—that police officers do those investigations with an eye towards ascertaining what happened, who did what, and if there are witnesses. Theoretically, at least, the ultimate goal of officers is to obtain evidence necessary to prosecute the actual person who committed the crime being investigated. The unfortunate reality is that police officers are at least as prone as ordinary citizens at jumping to conclusions. After that, their “investigation” is usually just focused on finding evidence that backs the conclusion to which they’ve jumped, rather than finding out the truth.

This isn’t always true, and I’m not intending my comment as cop-bashing. The reality is that police officers are human beings. Most police officers do wish to “do the right thing,” but like the rest of us, they are subject to all the vagaries of human illogic. This includes the aforementioned jumping to conclusions (which actually occurs due to numerous subconscious logical errors), and confirmation bias, where the subconscious again steps in to cause us to notice “evidence” that tends to confirm our conclusion, while rejecting—without even knowing we are doing it—evidence that contradicts our conclusions.

Too often, then, once an officer begins questioning your child, he’s already decided what the correct answer is. In fact, officers will frequently tell people they are interrogating that they “know” the person is lying, even when they do not know. Even when the person is not lying.

As I mentioned in the prior post, police officers receive significant training on interrogation techniques. Those interrogation techniques, unfortunately, are based upon outdated science, and even pseudoscience. What they turn out to be really good for, though, is getting people to talk. Whether what people end up saying is actually true, or not, is frequently questionable. And children are particularly susceptible. As one California court has noted:

Let’s say that again: more than one-third of proven false confessions are obtained from children. This isn’t just the thought of one rogue study, or a single California court, either.

An extensive body of literature demonstrates that juveniles are “more suggestible than adults, may easily be influenced by questioning from authority figures, and may provide inaccurate reports when questioned in a leading, repeated, and suggestive fashion[.]” [2]Id. at 578. The court then adds the following citations: (Meyer & Reppucci, Police Practices and Perceptions Regarding Juvenile Interrogation and Interrogative Suggestibility (2007) 25 Behav. Sci. & L. 757, 763; see Ceci & Bruck, Suggestibility of the Child Witness: A Historical Review and Synthesis (1993) vol. 113, No. 3 Psychol. Bull. 403–409; Note, Questioning the Reliability of Children’s Testimony: An Examination of the Problematic Elements (1995) 19 Law & Psychol. Rev. 203–215; Owen-Kostelnick et al., Testimony and Interrogation of Minors: Assumptions About Maturity and Morality (2006) vol. 61, No. 4 Am. Psychologist 286–304), and that “juveniles aged fifteen and younger have deficits in their legal understanding, knowledge, and decision-making capabilities.” (Redlich, The Susceptibility of Juveniles to False Confessions and False Guilty Pleas (2010) 62 Rutgers L.Rev. 943, 952 (Susceptibility of Juveniles); see Viljoen et al., Legal Decisions of Preadolescent and Adolescent Defendants: Predictors of Confessions, Pleas, Communication with Attorneys, and Appeals (2005) 29(3) Law [579]  & Hum. Behav. 253; Note, No Match for the Police: An Analysis of Miranda‘s Problematic Application to Juvenile Defendants (2011) 38 Hastings Const. L.Q. 1053, 1066–1069 (In re Elias V., 237 Cal. App. 4th 568, 578-79, 188 Cal. Rptr. 3d 202, 210 (2015).

So, you can see why I said that allowing your child to answer questions without you present could lead to your child not coming home for several days. At least.

Once alleged “admissions” have been made by your child, there is a very real risk to the outcome of delinquency proceedings regardless of actual innocence. Your child may be faced with accepting an offer to admit to a crime she didn’t commit, in order to avoid the risk of being found to have committed a more serious crime—again, even though she didn’t commit that crime, either. One of my former clients, who had no prior delinquency history, was sent to a youth prison for 18 months for a crime he did not commit, but to which he admitted in open court. Why did he admit? Because there was a threat from the District Attorney to charge him as an adult, for a crime which could have resulted in his going to prison for a minimum of 25 years, and a maximum of life imprisonment. It might have been possible to convince a jury that he was not guilty. But, given that it was an inflammatory case—the kind of case where a jury’s emotions outweigh the ability to sift through complicated evidence—it might not have been possible. [3]We also had good reason to believe he would be given straight probation for the admission, so we weren’t weighing 18 months against 25 years-to-life; we were weighing probation against 25-years-to-life.

Part of the problem in that case were statements my client made to police officers when trying to convince them he had nothing to do with the crime.

So you can see why I’m averse to having children answer any questions from a police officer who, after all, isn’t just asking questions for fun.

Let’s turn to the second point that I wanted to hammer home with a bit more information: how your child refuses to answer questions.

You might think that the question of how your child should refuse to answer questions from a police officer would be pretty straightforward: just don’t talk. Unfortunately, it’s not quite that simple—not for children, not for adults.

At least as far back as 1980, the United States Supreme Court has said,

What this means is,

California state law has applied these rules to minors, and has explicitly stated that parental consent is not required.

We cannot accept the suggestion of certain commentators … that every minor is incompetent as a matter of law to waive his constitutional rights to remain silent and to an attorney unless the waiver is consented to by an attorney or by a parent or guardian who has himself been advised of the minor’s rights. Such adult consent is of course to be desired, and should be obtained whenever feasible. But as we will explain, whether a minor knowingly and intelligently waived these rights is a question of fact; and a mere failure of the authorities to seek the additional consent of an adult cannot be held to outweigh, in any given instance, an evidentially supported finding that such a waiver was actually made. [6]People v. Lara, 67 Cal. 2d 365, 378-79, 62 Cal. Rptr. 586, 596, 432 P.2d 202, 212 (1967).

Although a juvenile’s request to speak with his parent will normally be construed as an invocation of his Fifth Amendment rights, police interviewers are not obliged to advise a juvenile suspect of a right to speak with parents or have them present during questioning. [7]In re Aven S., 1 Cal. App. 4th 69, 1 Cal. Rptr. 2d 655 (Cal. App. 1st Dist. 1991)(citations omitted).

Because this second article is getting longer than I intended, let me briefly add that the child’s statement must be clear, and unequivocal. It will do not good if the child says, “I think I want my mommy,” or “I should have a lawyer.” I won’t cite the court cases, but they’re pretty clear that the child must be clear. The best statement is “I will not answer questions without talking to an attorney first.”

Finally, a comment a reader (who states he was trained as an Army interrogator) left to yesterday’s article makes a fair point:

So I would encourage people to teach their kids that if they’re scared, upset, hurt, or stressed out and are being questioned by the cops that it’s especially important to stay quiet, and to be aware of how they’re reacting.

But I think it might be a little much to expect a child to learn things like when something is especially important, and when it’s perhaps less important. Plus, I’m not sure that distinction is easy to make even for adults. Personally, I think the best approach is that outlined at the end of the last post I wrote, including that you actually practice with your child how he will respond when encountering a questioning authority figure.

I probably should add a disclaimer here, above and beyond that which applies throughout my blog:

In any particular legal case, facts matter. The statements made in this (and the last) blog article provide generalized information, and suggestions about how to deal with police encounters. In explaining this information, it isn’t my intent to act as your—or your child’s—attorney. If you, or a member of your family, becomes involved in a delinquency case, or criminal matter, you should consult with a lawyer about your specific situation. While I have made statements about the law in these articles, that law may not be applicable, or may apply differently, to the specifics of your situation. You therefore should not take my comments as specific legal advice regarding your specific circumstances.

And, of course, anyone facing a situation where police have questions is always free to contact my office at (559) 233-8886.

Don’t forget to read part 1 of this two-part series!