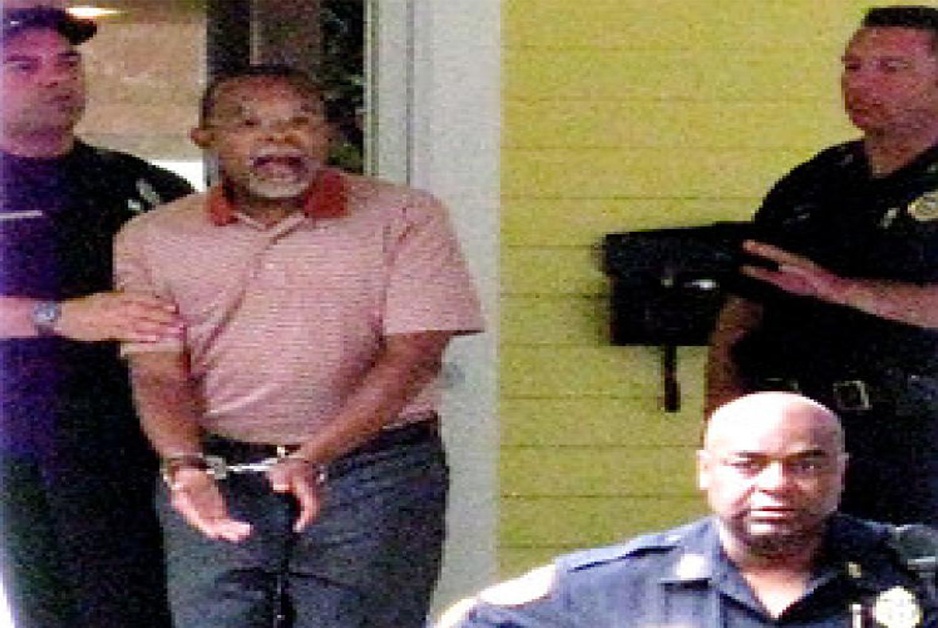 The Gates of Hell

Today’s San Francisco Chronicle, in a story titled “Gates 911 tape raises more issues in case,” is important because it mentions — and I’d like to highlight — something that happens every day.

And no, it’s not that the police are prejudiced and immediately suspect, stop and harass African-American males for being in the wrong place, any time.

The story, of course, is about a respected Harvard professor named Henry Louis Gates, Jr.  By now, many of you may already know that upon returning from a trip, Professor Gates and a friend, who made the mistake of being of the same race as Professor Gates, had some difficulty getting into the Professor’s house.  A witness to the event, concerned about the possibility that something was amiss, called 911.

This poor woman has apparently been pilloried for the call.  But as she did not recognize the people involved, I see no reason to take her to task for looking out for the neighbors by making the call.

“Why?,” you ask.  “Why should she call just because black people were forcing a door open to get into the house?”  After all, she’s just a racist for thinking that two black men being on the porch, forcing open the door, were breaking and entering.  The neighbor was concerned about the fact that someone was possibly breaking into a house.  Would that we all had neighbors who watched out for our homes.

“But she’s a RACIST!,” the bloggers scribble.  Or type.  I mean, I was going to say “scream,” but that doesn’t work much better than “scribble” when talking about blogs.

That proposition is possible, though somewhat doubtful.  During the 911 call, according to the Chronicle story, the neighbor, Lucia Whalen, only mentioned race when pressed by the dispatcher to describe the men.  And then she described one as possibly looking Hispanic, but stated she did not see the other well enough to describe him at all.

But it’s not the alleged racism (of either the 911 caller or the officer) that I find interesting in this story.  Here’s what makes this interesting enough to get onto my blog; here’s the thing that happens every day which does not get more than a mention in the story:

The officer who arrested Gates, Sgt. James Crowley, said in his police report that he talked to Whalen soon after he arrived at Gates’ home.  “She went on to tell me that she observed what appeared to be two black males with backpacks on the porch,” Crowley wrote in his report.  (Russell Contreras, “Gates 911 tape raises more issues in case” (July 28, 2009) San Francisco Chronicle, A8, col. 3-4, above fold (online version here).)

If I had a couple thousand dollars for every time a client, or a witness in a client’s case, told me that they did not say what the police report said they said, I’d be a lot less worried about how I was ever going to retire.

Police officers routinely write police reports that contain statements suspects and witnesses deny having made.  And when I say “routinely,” I mean “in every case I’ve ever worked and in every case where police reports are involved that my colleagues have told me about.”  In fact, this happens with statements written by probation officers trying to jail someone, as well.

And no, folks, it’s not just because they’re guilty.  We might be able to accept that with respect to some of my clients.  It doesn’t work so well with witnesses.  Not infrequently, the misquoted witnesses have no connection to my client, other than that they were witnesses in the case that resulted in charges against my client.

Some of these police reports contain pretty unbelievable things, yet the officers swear by them.  In court. Under oath.  No matter what anyone else says.  Even when officers are reporting not what they saw themselves, but what someone else saw, it’s always the other witnesses — the real witnesses — who are liars.

If you stop and think about it, does it really make sense that so many people (the vast majority of my clients, if you believe the police) invite officers into their homes without warrants and allow them to search? If you had tons of illegal substances in your home — I know you’d never do that, but if you did — would you willingly consent to have the police search your house without a warrant?

Some of these clients, admittedly, have committed crimes.  After all, I’m a defense attorney.  And I’m not so unrealistic as to think that I make my living only by defending innocent people.  Yet it amazes me that these “guilty” people will pay thousands (or tens of thousands) to defend themselves after they supposedly invited the police into the house for a consensual search, even though they knew they had tons of incriminating evidence sitting in plain view.

How do you explain this?  I mean, okay, maybe some people might think the police won’t find their hidden stash.  But how do you explain a police report that says my client invited officers in for a search when a couple hundred pounds of marijuana are supposedly in plain sight?  Or there is a growing operation in the house (hard to hide even from the most cursory of searches).

And then, after having invited these officers in, the client suddenly decides to spend every penny they have on defending themselves against the charges?

Either the police report contains lies, or the officers planted evidence after the fact: that’s how you explain it.  The reason this doesn’t make sense is because it just doesn’t happen this way.  Like the officer who, two years after a crime, suddenly remembers the critical admission the client made — the one that seals the case against him, which the officer never wrote in his report — it’s made up.  The officer wrote what he wrote because it would help to either justify an act the officer should not have done, or to convince someone that the accused person is guilty.

This practice makes a mockery of our trials.  Witnesses testify differently than the officers’ reports?  And in a way that seems to help the defense?  No problem.  We’ll have the police officer testify about what the person supposedly said.  If it differs from what the witness says, well, this is only because the witness is a liar.  Want proof?  If what he or she says is even slightly helpful to the defense, the witness is lying and you, the juror, must accept the officer’s explanation for what the witness really saw.

You can bet your butt that if Henry Gates, Jr., were actually to be prosecuted after his arrest, the witness would have had to withstand the prosecution asking her why she “changed” her story between the time she told the officer “two black males with backpacks” were involved and the time she would be testifying that she did not tell the officer that.  When she was done, the prosecutor would put the officer on the stand and the focus of any questions to him would have been aimed at showing that the witness was— God only knows why — lying now.

But police officers are human beings.  It shouldn’t be hard to understand that sometimes they lie.  This usually happens because it does not matter to the officer if what he or she writes is true because the ends justify the means.  The officer has taken another bad person off the streets and it doesn’t matter to him, or to a lot of other people, how it’s done.  The officers know that many jurors will agree with them.  At the very least, those that don’t will trust the officers to be honest and testify truthfully.  So the officers are fairly sure they can get away with testiLying.

The problem with this is that when the government’s agents begin breaking the laws in order to catch lawbreakers, the law no longer has any meaning.  Rather than the rule of law, it becomes the rule of man.  The strongest, the biggest force, the one in power decides what’s true and what will be done about it; not the law.

Let’s face it, people — and potential jurors — many, if not most, of our laws are only the law because we say they are.  There’s nothing inherently wrong with growing, buying, owning, or using marijuana.  There’s no real reason that a fist fight between two kids at school needs to be charged as a felony, as opposed to being handled by the principal at the school.  (At the very least, it could be charged as a misdemeanor.)  It’s not a law of nature we’re dealing with most of the time, but a prescription of society.  We call these laws because they are meant to apply equally to all citizens, whether they wear uniforms, or not.

If anything does count as a natural law, it would be the law that says the ends do not justify the means; the law that says lying, or otherwise breaking our laws, is wrong even if it’s done to catch the bad guys.

Yet the society that prescribes our non-natural laws against drugs, speeding, and a whole host of other crimes, also prescribes that government must follow certain procedures in ferreting out lawbreakers.  These procedures have evolved over hundreds of years of experience those who went before us had with out-of-control government and officers who don’t know the proper limits of their powers.

We need to stop giving lawbreakers a pass just because they’re wearing uniforms.  However well-intentioned they may be, the road to hell, right up to the very gates, is paved with good intentions.

Either all our laws matter, or none of them do.