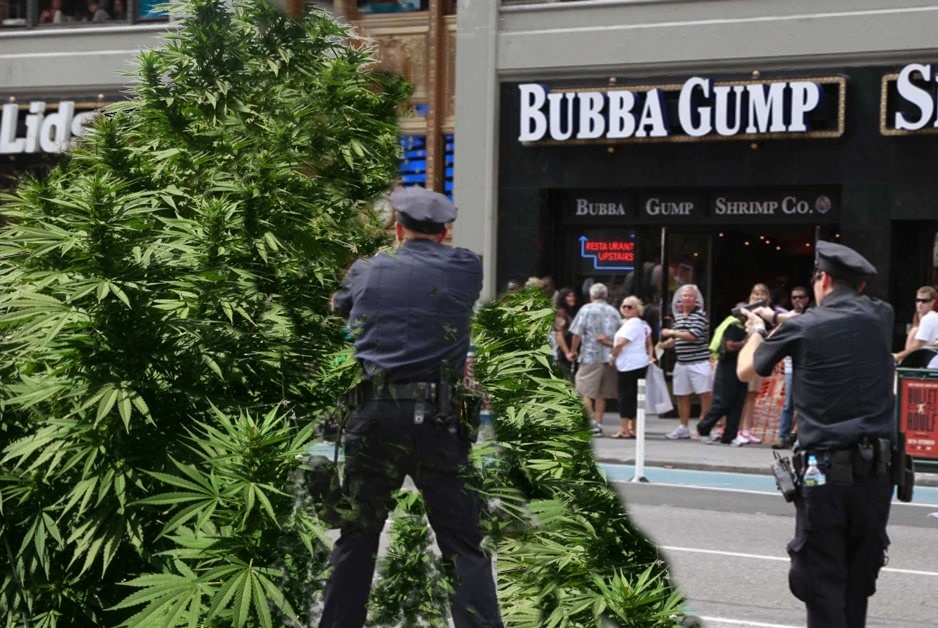 As the New York Times notes,

When the nation’s long-running war against drugs was defined by the crack epidemic and based in poor, predominantly black urban areas, the public response was defined by zero tolerance and stiff prison sentences.

But as that denizen of drug days said,

The times they are a changing.

What could be the cause of this?

What usually drives the change of draconian government control of the populace?

While heroin use has climbed among all demographic groups, it has skyrocketed among whites; nearly 90 percent of those who tried heroin for the first time in the last decade were white.

So begins the gentrification of the drug laws. After all, in the United States white people are, almost by definition, of gentle birth. And,

Gentrification is typically the result of increased interest in a certain environment.

Here, the “environment” is one where drugs are readily available.

As always, it remains the case that the reform of the over-criminalization that has for so many years previously decimated only “minority” populations – non-whites – though hitherto hopeless, may find its salvation in the Great White Hopes. (No, not Jack Johnson’s dreamed-of nemesis. Nor any of the others apparently nicknamed “Great White Hope” because they were white people with allegedly as much skill as black players in their fields.)

One wonders, though, if the fear that drove the dream of a Great White Hope to challenge Johnson will also become more evident as the law gentrifies. After all, as the Times worried then,

If the black man wins, thousands and thousands of his ignorant brothers will misinterpret his victory as justifying claims to much more than mere physical equality with their white neighbors.

Surely if the law somehow does reform, this will create a problem. After all, over-criminalization served a real purpose in the United States. It replaced the outlawed Jim Crow establishment. It helped keep those uppity freedom-lovin’ black people from exercising any such thing as real freedom.

“Broken Windows” all by itself isn’t going to do us much good, if we don’t have regressive drug laws to keep those we round up when they give in to the temptation of an easy fix to escape over-policed lives. Or help others who wish to do so, in order to make a quick buck.

But the Great White Hopes are coming.

“Because the demographic of people affected are more white, more middle class, these are parents who are empowered,” said Michael Botticelli, director of the White House Office of National Drug Control Policy, better known as the nation’s drug czar. “They know how to call a legislator, they know how to get angry with their insurance company, they know how to advocate. They have been so instrumental in changing the conversation.”

Of course, the problem was never one of black people not knowing how to call legislators, or how to get angry with an insurance company. It’s not that they didn’t know how to advocate: it’s that no one cared what they had to say.

But if it weren’t for growing numbers of white people who want to use recreational drugs unimpeded by an oppressive government, we wouldn’t be talking drug reform at all.

Yet, it’s not at all certain that the Great White Hope is going to be enough to gentrify the drug war. In its emotional piece reminding everyone that we’re supposed to be frightened to death of drugs, CBS News lamented that for heroin there is “no longer a cultural stigma.” Ohio’s Attorney d’whined that heroin is so bad that even the drug dealers won’t take it. Allegedly, they’ll talk about all sorts of drugs they’ve taken, but when asked about heroin, they’ll say, “I’m not crazy man. That’s for crazy people.”

Asked about his apparent past statements that “we can’t arrest our way out of this problem,” DeWine noted that drug cartels are great marketers, and we need to focus on prevention, and treatment.

But it’s not just the terrific marketing of drug cartels. A breathless professional goader noted that one person they interviewed said she got hooked on heroin after being prescribed painkillers. “How many people,” she wanted to know, “who became hooked on heroin were first prescribed opiates?”

“I would say about three-fourths,” said the Attorney General. [1]Note that he would say it. That doesn’t mean it’s true. And there was not even an attempt to produce any basis for his saying it.

But you shouldn’t be afraid of this, he notes, because they’ve started arresting doctors who prescribe such pain medications. That is, the currently-legal ones. Because let’s not forget, DeWine notes, “Either one [prescribed painkillers, or heroin] can kill you.”

Lots of other things can kill you, too. Cops high on power trips, poorly trained in handling the human beings they encounter in their ultra-scary jobs that have them jumping at every “furtive” movement, or just not caring about anyone else if there’s a scintilla of a chance it means they might think that they might not possibly make it home that night unless they kill a “civilian” first. Especially if that person is a drug user. Sometimes even if that person is a white drug user.

The real question is “why are police involved with this stuff anyway?”

[I]t is crime control which ought to remain the focus of police work and this rationalization of effort is seen to be an important element in improving the service and accountability of the police. There is no dispute that the police ought to deal effectively with minor crimes. The issue is whether or not they should be encouraged to deal with that range of activities – which we will refer to as incivilities – that would not normally be considered as crimes, but which are a cause of social concern. [2]It should be noted that the source of this quote does not necessarily endorse the view of this quote. I do, however.

Despite the professional goader’s attempts to stay on track demonizing prescription painkillers, DeWine managed to bring it back to heroin by saying, “We used to think it was them. Those people over there. That didn’t happen to ‘us,’ whoever ‘us’ was.” He then went on to warn that “if you live in some community somewhere, and you don’t think you have a heroin problem…well, you’re probably wrong.”

When another newscaster throws out the idea that 23 people die every week from an overdose, DeWine says, “we think that number is low; we think it is much higher.”

No proof is offered. We should just continue to be afraid. Very afraid.

Don’t get me wrong. I think drug addiction is a terrible thing. I see, probably way more than most people who will read this blog, just what kind of damage a drug addiction can do in someone’s life. I’ve seen the devastation wrought on families.

But there’s a funny thing about this danger, this damage, this devastation: most of it comes from law enforcement attempts to deal with something that should never have been deemed a law enforcement issue.

At worst – if one believes we have an out-of-control heroin problem in the United States (and I’m not sure we should believe it’s as bad as DeWine & Co. want us to think) – this is a problem that should have been, and should be, handled by health care professionals, working in concert with drug abusers and their families. Because if we know anything about drug abuse, it’s that cops don’t cure drug abuse. They make it worse.

Cops fuel criminal syndicates which then have a vested interest in being great marketers. They saddle people with convictions that make it impossible to find work, pretty much dooming them to dismal lives  which are not likely to drive them to buck any addiction. And, lastly, they take them away from families who care about them, locking them up without treatment, for years and decades at a time.

We used to think such things were only visited on black people. Those people over there. This didn’t happen to “us,” and we knew that “us” meant “white people.” But the truth of the matter is that if you live in some community somewhere, and you don’t think you have a cop problem…well, you’re probably wrong.

So now, once again, comes the Great White Hope. Well, this time, maybe a bunch of Great White Hopes, all from families with more political clout than entire black communities.

Maybe the pendulum is about to swing back towards the sane handling of social problems, rather than calling in the SWAT teams. Maybe now that the drawbacks of giving police oversight of a social problem that should not be their purview are being seen by “us” – by which, of course, I mean “white people” – maybe finally the pendulum will swing back towards freedom of choice regarding what a person puts into their own bodies.

This is my hope. Because once that happens, we will have fewer addicts, and those who do become addicted will be able to seek treatment without having some asshole cop, prosecutor, or judge ruin their lives over a health issue.

It would be nice, too, if along the way, we decided once and for all that #BlackLivesMatter, as well.