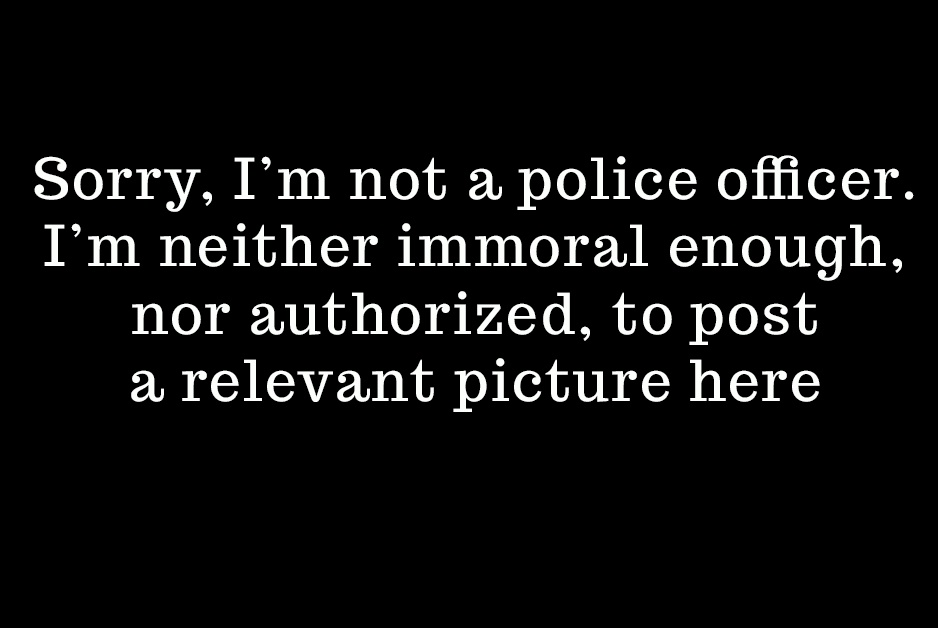 The Molestation of Justice

I originally titled this post, “Will the Real Sex Offenders Please Fuck Off.”

But I was afraid some of you might think less of me, upon realizing that—even though it’s completely appropriate under the circumstances, as you will see—I sometimes use foul language.

In Manassas City, Virginia, the police department, with the blessing of prosecutors and, possibly, at least one of their judges, want to give a boy a hard-on.  [1]A magistrate has issued a search warrant allowing police to manufacture child pornography, but has held the warrant pending the outcome of legal challenges. Then they want to take a picture of it.

And they don’t want to do this in the normal way that cops usually use to give underage boys hard-ons.

I would have posted more links to such stories, but,

And then there’s this cop. The charges relating to the cows were later dismissed, because the judge wasn’t sure the cows were tormented by the charged acts.

No one thinks that what the officers in the stories linked above did was legal, right, or otherwise justified—except maybe the cops charged in those crimes. But police in Manassas City, Virginia believe they are totally justified in creating and distributing child pornography under color of law.

A Manassas City teenager accused of “sexting” a video to his girlfriend is now facing a search warrant in which Manassas City police and Prince William County prosecutors want to take a photo of his erect penis, possibly forcing the teen to become erect by taking him to a hospital and giving him an injection, the teen’s lawyers said.

You read that right. Police and prosecutors want to force an underage boy to have an erection. In California, where I defend people accused of sex crimes, this would be a crime. Then they want to take a picture of it. Again, in California, this would be a crime. Whether they will all stand around and look at it while taking this picture is unknown, but there can be no doubt that they intend to give the picture to others to look at afterwards.

What could possibly justify those who are responsible for arresting and prosecuting people who do such things doing such things themselves?

Foster said the case began when the teen’s 15-year-old girlfriend sent photos of herself to the 17-year-old, who in turn sent her the video in question.

According to a story published in Australia about the case, police already arrested the boy and took pictures of his non-erect penis against his will, after the case was dismissed due to a technical—not a moral—mistake previously made in the case.

#NotAllCops in Virginia engage in incest, but apparently more than a few are sex perverts confused about the proper way to enforce laws against the creation and possession of child pornography.

Unsurprisingly, the story has gone international.

That’s right, allegedly the boy willingly took a picture of his own penis, which police and prosecutors say is against the law because he’s underage. Taking pictures of the genitals of underage people, they say, is against the law; it constitutes creation of child pornography. It does not matter that—if true—it was the boy himself, alone by himself, who took the picture. It does not matter that—if true—the boy willingly obtained an erection, and willingly took the picture. That’s a teenage boy allegedly manufacturing and distributing child pornography. That’s against the law.

So now the police say the solution is to force the boy, against his will, to get an erection, a hard-on, a stiffie—while someone else watches, and someone else photographs—and then allow them to distribute the picture to others involved in the case. That’s the police and prosecutors actually manufacturing and distributing pornography. That’s apparently not against the law.

The girl who allegedly started the whole thing by sexting the boy in the first place, by the way, has not been charged, and there is no mention of any plans to forcibly strip and photograph her genitalia—aroused, or unaroused—in order to prosecute her and possibly label her as a sex offender for the rest of her life.

As the defense attorney in the case said after a detective told her they would use special software to compare photos of the teen’s erect penis with evidence in the case,

Who does this? It’s just crazy.

Who does this, indeed? And who stands by and permits it to be done? Why aren’t you blogging about this, or writing to the authorities, or on the phone to the Manassas City Police Department right now?