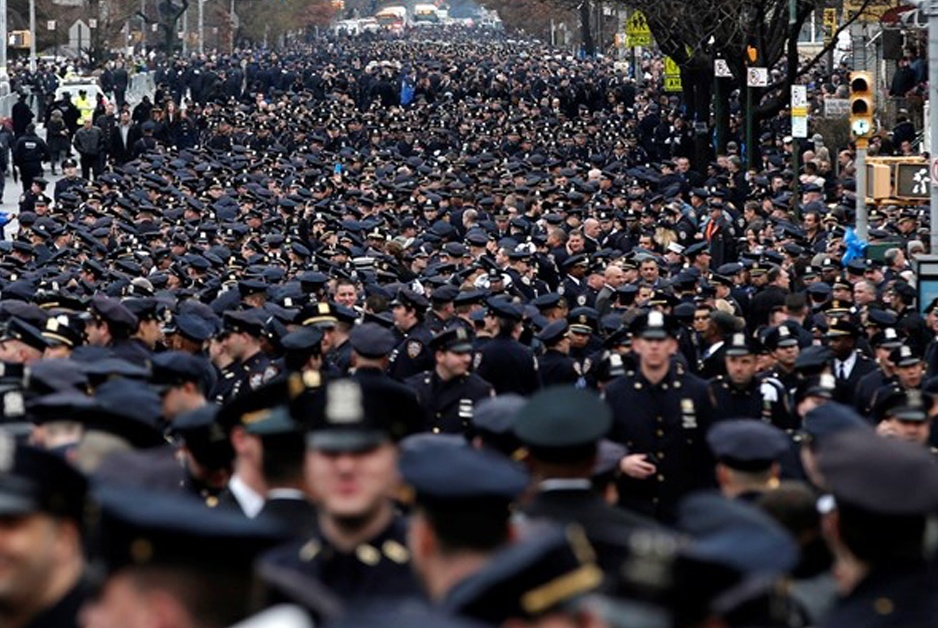 The Mosh Pit of Non-Adversarial Convictions

Nearly fifty years ago, the United States Supreme Court held that all people — even poor people — are entitled to be defended by competent counsel.  Anyone who watches television knows that “if you cannot afford an attorney, one will be appointed to represent you.”

What they don’t tell you on television is that, increasingly, the attorney appointed to represent you will also be representing possibly as many as 200 other people at the same time.

Meanwhile, Fresno County continues to decrease the number of Public Defenders and necessarily therefore increases the caseload of those poor souls remaining.

“[I]ndigent defense in the United States remains in a state of crisis, resulting in a system that lacks fundamental fairness and places poor persons at constant risk of wrongful conviction” and…as a result, “the integrity of the criminal justice system is eroded and the legitimacy of criminal convictions is called into question.”  (In re E.S. (2009) 171 Cal.App.4th 1219, 1246 fn 8 [90 Cal.Rptr.3d 564], quoting and citing ABA Standing Com. on Legal Aid & Indigent Defendants, Gideon’s Broken Promise: America’s Continuing Quest for Equal Justice (Dec. 2004) p. 38, emphasis omitted [in opinion].)

The E.S. case is remarkable because it’s the first time of which I’m aware that a California appellate court clearly held that the Sixth Amendment is not satisfied by placing a mushroom in the chair next to a defendant and christening the mushroom an “attorney.”  (I’m not positive, but I think in Kings County, the rule is that, with one exception, the mushrooms must be moldy.)  The Court even cited Strickland v. Washington (1984) 466 U.S. 668, 686 [104 S.Ct. 2052, 80 L.Ed.2d 674] as if Strickland had teeth! Specifically, the Court said, “the right entitles the defendant not to some bare assistance but rather to effective assistance.” (emphasis in original).

As if that were not shocking enough, E.S.’s conviction was reversed!  And the reason for the reversal was, essentially, the caseload of the Public Defender who handled the case.  As the Court noted,

Under the Penal Code, a public defender may not be assigned to represent an indigent defendant in a case in which he or she has a conflict of interest [citation] and a conflict of interest is inevitably created when a public defender is compelled by his or her excessive caseload to choose between the rights of the various indigent defendants he or she is representing. [Citation.]  (In re E.S., supra, 171 Cal.App.4th at 1246 (citations omitted).)

[A] conflict of interest is inevitably created when a public defender is compelled by his or her excessive caseload to choose between the rights of the various indigent defendants he or she is representing. [Citation.]  (In re E.S., supra, 171 Cal.App.4th at 1246 (citation omitted; emphasis added).)

The problem is, no matter how good an attorney is, there’s a limit to how many simultaneous cases he or she can juggle.  Eventually you reach the point of (rapidly) diminishing returns.  Public Defenders loaded up with more cases in a month than most private attorneys will handle in a year will eventually have so much to do that they simply cannot do it.  Not well, anyway.  The result is that “the constitutional right to the effective assistance of counsel [is] reduced to form without substance.”  (In re E.S., supra, 171 Cal.App.4th at 1248, quoting People v. Ledesma (1987) 43 Cal.3d 171, 217 [233 Cal.Rptr. 404, 729 P.2d 839].)

If rumors I’ve heard the last week are true, the Fresno County Public Defenders’ Office, which in the six months prior to January 2009 lost six percent of its workforce due to budget cuts, is about to lose even more.  One rumor says Public Defenders have been told that ten attorneys — approximately one-eighth of the current number listed on their website — are going to be laid off.  Another rumor mentions seriously significant budget cuts — on top of cuts already made when money was transferred from funding a right deemed “essential to a fair trial” so that even more people could be arrested!

Things are already bad enough without this.  Friends tell me that last week, in one courtroom, a judge was on the phone begging (okay, the actual word used was “yelling”) for Public Defenders so the calendar could move, while District Attorneys — prosecutors! — were filling out “Change of Plea” forms for accused people!  (For those who don’t know, this involves explaining statutory and constitutional rights to the accused person, asking them to give up those rights and getting them to sign, under penalty of perjury, stating that they understood their rights and voluntarily gave them up so they could plead guilty.)

This is not how justice is administered.  Arresting more people, but providing fewer with the resources to defend themselves, or even to understand what is happening to them, is a recipe for injustice.

As I noted the other day, ours is meant to be an adversarial system.  We believe that the Truth of the case comes out by having competent attorneys “testing” one another’s theories of a case in front of a jury of fair-minded and impartial persons.

But with the proposed budget cuts, particularly when funding is shifted to police agencies, instead of the crucible of adversarial testing, you get the mosh pit of non-adversarial convictions.

On the other hand, maybe that’s part of a master plan for improving District Attorney Beth Egan’s abysmal conviction rate.