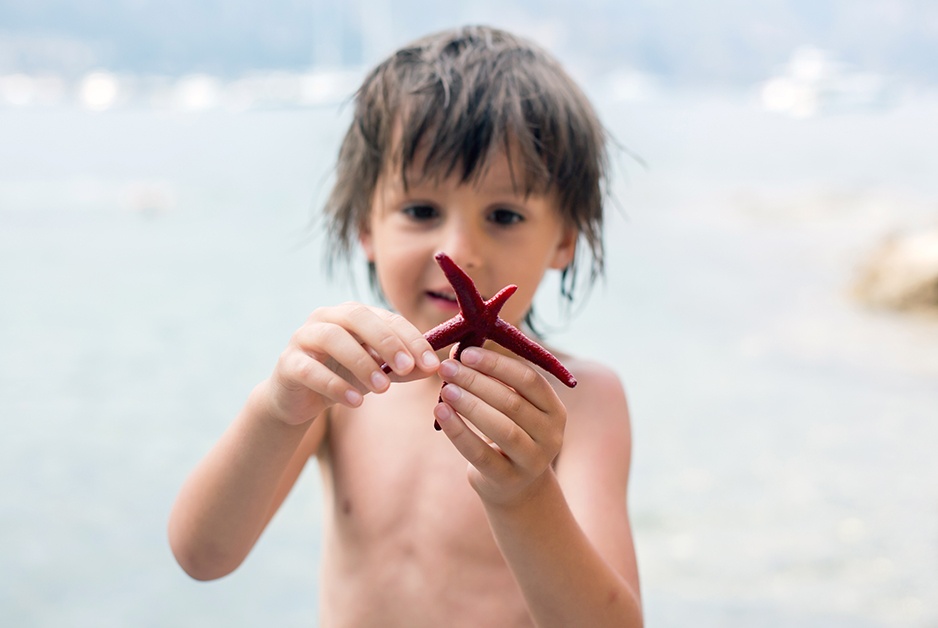 I really don’t want to do the whole “retrospective thing” on my year.  As other criminal defense attorneys have noted, things can sometimes be rough.  Besides, I get nervous about discussing my actual cases too much online.  Which would I focus on, anyway?

As Scott Greenfield pointed out, “We are engaged in a process that begs us to push back a tidal wave of misery.  And another tidal wave after that.”

But it seems that every criminal defense attorney — or anyone else who blogs — has to do the obligatory “end-of-the-year” post.

Scott certainly isn’t the first criminal defense lawyer to bring this to my attention.  Not long after I was sworn in, I ran across this quote from an old San Francisco lawyer named Vincent Hallinan (1896-1992):

Lawyers make a good living off the misery of others….

…and any lawyer that is not willing to go to jail for his client has no damned right being in the courtroom.

Both parts of this quote have stuck with me and guided me as I work towards building my criminal defense law practice.   My criminal defense practice covers the Fresno, Tulare, Kings and (when I cannot escape it) even Madera counties.  Anyone from around here can tell you that those four counties carry enough misery for the entire state.

So this morning when Brian Tannebaum — who has posted his own interesting end-of-year-attorney-blog-post — tweeted about Norm Pattis’ Another Year in the Trenches as a must read for every criminal defense attorney, I was not at all surprised to find that it was overflowing with ennui.

I was born on the other side of the tracks and know firsthand how thin the line that separates me from the folks I represent. And for all my bold irreverence, I know a truth Christians know: All have sinned, and fallen well short of the glory of God.

Today, a great deal of my practice is spent defending juveniles charged with felonies for doing what I — and most of the kids I knew — did with some regularity: fighting, throwing things at each other, “playing doctor” and a few other misdeeds “more serious.”  Back then, it was the principal’s office, maybe a paddling, definitely being grounded; today, it’s felony court.  In my adult cases, there is a whole slew of other problems, including overwhelmingly out-of-proportion penalties and prosecutors who believe winning at all costs trumps justice any day of the week.  Thus we have the constant battles just to see the evidence against our clients, to bring witnesses to court unscathed by prosecutorial misconduct and just generally to get a fair trial.  And, of course, without the complicity of judges — usually former prosecutors themselves — these misdeeds, these travesties of justice, could never occur.

So I don’t wonder when Norm says,

But I am having a hard time summoning fight just now. I am tired, discouraged and filled with misgivings about the law and my role as a lawyer.

It all seemed simple a couple decades ago. The adversary system tested the truth. The state brought charges. Trial ensued. A jury decided not so much guilt or innocence as whether the proof was sufficient to convict.

Norm had hoped to be a hero.  But instead he became “a friend of sorrow [and] fatigue.”  Over time, Norm’s hope of being a hero to others diminished.  In law school, he’d read about the lofty ideals of the law.  Then he was thrown into the real world.

These lucid fictions collapse against the ever present weight of the irrational. Law is not the rule of reason in human affairs; law is fear’s fiction slapped against the gaping wounds of those incurably injured.

But I’ve talked to many an old lawyer.  Perhaps with the nostalgia of those who have lived long, they have told me that the law wasn’t always this way.  Just this morning, when I was lamenting to a long-time criminal defense attorney about a prosecutor who doesn’t mind playing dirty (primarily by the use of argumentum ad hominem instead of making substantive arguments in court) and telling him the particulars of what happened (which I won’t do here since the case is still pending), that attorney indicated that years ago, the argument I was making in that case would have worked.  Hands down.  But that was then; this is now.  Things have changed.  The law, which used to slant — too far, those who fail to understand the system said — in favor of accused persons, now slants strongly in favor of the prosecution.  No one in power today will even deem the unethical move this prosecutor is making to be unethical.  It’s just business as usual.

And I remember sometime this past year listening to another “old-timer,” Tony Serra, speaking in San Francisco where he is still a practicing attorney.  Serra spoke of the heady days when he was defending the Black Panthers.  But he — and other “old-timers” I met there — also spoke of how different the administration of the law was then.  Suppression motions were more frequently won than lost.  Judges not only honored, they actually defended, the Constitutions of the United States and of California.  But that was then; this is now.  Things have changed.

It’s not — as Justice Scalia, in the face of all contrary evidence, likes to maintain — that our police forces have become more professional.  If anything, quite the opposite has happened.

What has changed is the willingness of the judiciary to honor the bedrock principles of justice upon which our once-great nation was built.  In fact, I wonder if the modern judiciary even knows about these bedrock principles. The modern rule is more akin to that followed by the German judiciary of the earlier part of the 20th Century:

By refusing to protect citizens against government regulations, they gave the police a free hand, while at the same time granting the police the sole right to define what was legal.  (Ingo Müller, Hitler’s Justice: The Courts of the Third Reich (1991) 49.)

Just try to argue a suppression motion in a California court today!  Want to know what the new rules are relating to search and seizure?  Read this and this.

The problems go beyond issues of search and seizure, though.  Just yesterday, I sat in court next to my 15-year-old client, arguing that there was no necessity to continually bring him to court in full shackles.  My client has been to court numerous times, but never on a charge involving violence.  He has never been disruptive in court.  Not once.  Never even tried.  Nor would it do him much good to try anything.  The massively-large and deliberately-intimidating juvenile courtrooms can neither be entered nor exited without special keys.  I get “trapped” in there all the time, because typically the only person in the room with the key is the bailiff.  You may have noticed by now I’m not a bailiff.

Now the law in California — both statutory and case law — says that shackling minors is a no-no except where there is “evident necessity.” (In re Deshaun M. (2007) 148 Cal.App.4th 1384, 1386 [56 Cal.Rptr.3d 627].)  “Evident necessity” is related to “the physical restraint most suitable for a particular client in view of the attendant circumstances.”  (Tiffany A. v. Superior Court of Los Angeles County (2007) 150 Cal.App.4th 1344, 1355 [59 Cal.Rptr.3d 363].)  Both the appellate courts and the Supreme Court in California have held at various times that there are multiple reasons for the rules against shackling.  These include “the affront to human dignity” and “the disrespect for the entire judicial system which is incident to unjustifiable use of physical restraints.”  (In re Deshaun, supra, 148 Cal.App.4th at 1387, quoting People v. Fierro (1991) 1 Cal.4th 173, 218 [3 Cal.Rptr.2d 426].) Thus, the appellate and Supreme courts of California have said that,

While a primary concern regarding the use of physical restraints is the resultant prejudice if they are viewed by the jury, that is not the only reason for the limitation of their use. (In re Deshaun, supra, 148 Cal.App.4th at 1387, emphasis added.)

But trial courts today do not give a damn about affronts to human dignity.  And if you or I should entertain disrespect for the entire judicial system incident to the unjustifiable use of physical restraints, they could give a rat’s ass.  They have armed deputies.  What are you going to do about it?  Cry?

Those armed deputies, by the way, are no doubt a big part of the problem.  I don’t know if Fresno County judges have seen what a Sheriff can do to judges he doesn’t like.  I do know I have been an eyewitness on more than one occasion as a judge started to do the right thing, but backed down when a deputy said, “No!”

And after yesterday, where the primary evidence my client might misbehave involved such things as arguing with other kids during a handball game, I can assure you it’s true: the policy has not changed.

So — for this and so many other reasons — I understand the ennui of Norm Pattis’ Another Year in the Trenches.  But as Scott Greenfield told the young lawyers to whom he was speaking in his post, Norm will pick himself up.  He doesn’t need anyone else to do it.  No good criminal defense attorney does.  Each of us knows, intrinsically if not in these actual words, the story of A Single Starfish by Loren Eiseley:

One day an old man was walking along the beach. It was low tide, and the sand was littered with thousands of stranded starfish that the water had carried in and then left behind. The man began walking very carefully so as not to step on any of the beautiful creatures. Since the animals still seemed to be alive, he considered picking some of them up and putting them back in the water, where they could resume their lives.

The man knew the starfish would die if left on the beach’s dry sand but he reasoned that he could not possibly help them all, so he chose to do nothing and continued walking.

Soon afterward, the man came upon a small child on the beach who was frantically throwing one starfish after another back into the sea. The old man stopped and asked the child, “What are you doing?”

“Why waste your time?… There are so many you can’t save them all so what does is matter?” argued the man.

Without hesitation, the child picked up another starfish and tossed the starfish back into the water….

“It matters to this one,” the child explained.

As the year ends and we take stock of what has passed, Norm is looking through the Diagnostic and Statistical Manual of Mental Disorders, remembering lines from Lasswell’s Psychopathology and Politics as well as Milton’s Paradise Lost and I’m wondering at this past sleepless year as I struggle with not much more help or encouragement than that of my Internet colleagues and a few local friends to become worthy of the title “criminal defense attorney.”  Like Norm, “I am tired, discouraged and filled with misgivings about the law and my role as a lawyer.”

But also like Norm, I know something else.  When Monday comes, bringing with it a New Year, a new tidal wave of misery and another one after that, you’ll find us — along with Tony Serra, Mark Braughton, Serita Rios, Mike McNeely, Bonnie Bitter, Amy Guerra, Linden Lindahl, Scott Greenfield, Brian Tannebaum, Jeff Gamso, Mark Bennett, “Gideon” and too many others to mention here — down at the beach, tossing starfish back into the sea.