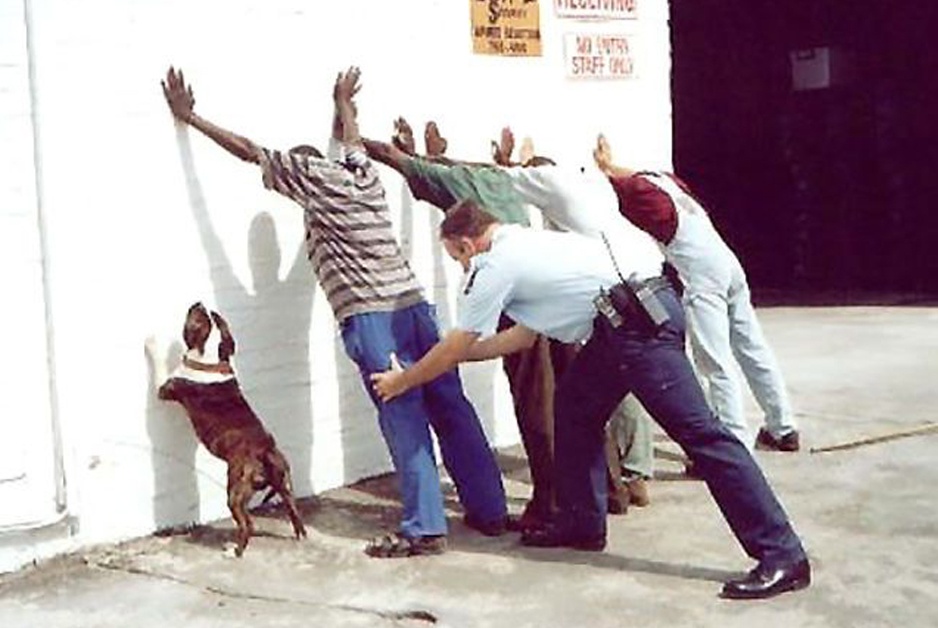 The Role of Criminal Defense Attorneys, the Constitution, and the Rights of Criminals

I am a criminal defense attorney.  I am the only line of defense against the loss of your rights.  Even if — perhaps especially if — you are not a criminal.

My job as a criminal defense attorney is to defend people accused of crimes.  I don’t do my job because I think there aren’t enough criminals on the street.  I don’t do it out of love of the idea that people are out there killing people, robbing people, raping people or committing any of several thousand other crimes one might imagine occur on a daily basis nor for the fear that if I don’t do my job there won’t be enough people to do these things.

The first reason is that innocent people really do get targeted by the police.  Sometimes well-intentioned police officers make mistakes.  Sometimes the officers are not so well-intentioned; their motives are based upon prejudice, or some other illicit personal motivation.  Either way, an innocent person is not just accused, but targeted.  The police jump to conclusions, focus all their attention on this individual and even innocent acts or statements become evidence of guilt.  My job is to force the prosecutors to prove that the person arrested for a crime actually committed the crime for which they were arrested so these innocent people (we hope) won’t be convicted.

The second reason is that even people who have committed some crime are frequently “overcharged.”  For example, maybe they got into a fight with someone, but instead of being charged with a misdemeanor for public fighting, they’re charged with a felony assault.  Or perhaps, during a heated divorce, a woman loses her temper and scratches the car her husband drives — a car for which both she and her husband are registered owners — and instead of the police and prosecutor recognizing this is really a civil matter, they charge the woman with felony vandalism.

In such circumstances, my goal is not necessarily to obtain a “not guilty” verdict outright from a jury; some clients admit they were in the wrong, but that they are not guilty of the severe crime with which they were charged.  My goal then might be to bring a little sanity and realism to the situation resulting in a plea agreement for a reduced charge and reduced penalties.

The third reason, while still important to the individual client, is also generally for the benefit of us all: I fight daily for the preservation of the constitutional values that made the United States the great nation it has been; values that my grandfather, among other people, died to protect.  Thankfully, fighting for this reason coincides with fighting for my clients, because I admit that sometimes, this is the reason which can really fire me up the most.

Today, there is what appears to be a firmly-entrenched belief in contemporary society that “criminals have too many rights” and that the United States Constitution was not meant to protect criminals.  In fact, we’re reaching the point where if you know, befriend, or live with someone who was convicted of a crime, the courts and police believe you should not have constitutionally-protected rights.  But if the United States Constitution does not protect criminals — and particularly if it does not protect people who just know or live with people who are deemed criminals — then it does not protect anyone.

Currently, one out of every thirty-two Americans is currently under correctional supervision.  Let’s ignore, for the moment, the craziness of this statistic: that’s a topic for another post.  But talk about your six degrees of separation! Stop and think about what this means in terms of how many households in America have someone living there who is on probation.

And California courts have increasingly stated,

This just reinforces the courts’ pervasive eradication of constitutional rights I’ve written about elsewhere. Furthermore, it is based upon an erroneous, illegal and unconstitutional rationale.  The unpleasant result in Pleasant for example came about because of the following line of reasoning:

Again, let’s ignore something interesting: the fact that the son deliberately locked the room to protect his privacy interests.  The problem with the court’s line of reasoning was accurately stated by the dissent:

Under the majority’s approach, a nonprobationer renting a room from a probationer who does not lock the door out of trust that the probationer will respect his or her privacy, will be subjected to warrantless searches merely because the probationer had potential access to the rented room.  (Pleasant, supra, 123 Cal.App.4th at 200 (dis. opn. of McIntyre, J.), emphasis added.)

What if you give a key to your place to your next-door neighbor, who — perhaps without your even knowing this — is on probation, so they can take care of your cats while you’re on vacation?  Under the rationale of the not-so-Pleasant court, the police may search your house without a warrant.  As Justice McIntyre noted,

Further, the police could search all the rooms in a commercial boarding facility where the landlord is subject to probation search waiver because nearly every landlord maintains keys to rented rooms.  (Pleasant, supra, 123 Cal.App.4th at 200 (dis. opn. of McIntyre, J.).)

Does that sound crazy?  Why?  What makes these scenarios crazy?  If the courts interpret the Fourth Amendment to say that “since [a probationer] had access to the keys to the room” (Pleasant, supra, 123 Cal.App.4th at 198, emphasis added), “the trial court did not err in finding the search of the locked room within the waiver[,]” (Pleasant, supra, 123 Cal.App.4th at 199) then it doesn’t take too long before the Fourth Amendment is eroded into nothingness.

Still, you say, these people are criminals.  The Constitution should not protect them and their criminal activities.  (The courts agree with you on this, by the way.  In the Smith case cited above, they said so.)

Think about it.  How does the Constitution — particularly the Fourth, Fifth, Sixth, Eighth and Fourteenth Amendments — protect non-criminals?  Remember that the Fourth Amendment protects against unreasonable search and seizure, requiring the government to obtain a warrant before performing a search.  Who is the government wanting to search?  Why do they wish to seize evidence?  The answer, of course, is that they want to search people they believe have committed crimes and want to seize evidence in order to present it in court to obtain a conviction!

Granted there are many times the police wish to have authority to search anyone, anytime, without a warrant.  Try to enter a courthouse to file a lawsuit, for example.  But in those cases, the courts have already held that the Constitution does not apply: you, the non-criminal trying to file your lawsuit, are already subject to warrantless search.

What about the Fifth and Sixth Amendments?  Who needs a right to speedy and public trials?  The right to be informed of accusations against them?  The right to an attorney?  The right not to testify against themselves?  These rights don’t exist so much to protect you.  They’re primarily to protect the people you can’t understand me defending.

Finally, though, when courts chip away at the rights protecting “those” people, they make it that much easier for you and me to lose our rights, too.  This happens because the precedents that are set, the tortured reasoning that develops out of these cases, can be applied to you and me as well.

Those associating with a probationer assume the ongoing risk that their property and effects in common or shared areas of a residence may be subject to search.  (Smith, supra, 95 Cal.App.4th at 919, quoting Woods, supra, 21 Cal.4th at 684 (dis. opn. of Brown, J.), italics added by the Smith court.)

Ironically, while citing this dissenting opinion for upholding the search of a nonprobationer’s room, the Smith court stopped short of quoting the next sentence.

But, to hold that police may use a search condition in lieu of a warrant to search for incriminating evidence against third parties simply by virtue of their association with a probationer “create[s] a significant potential for abuse.”  (Woods, supra, 21 Cal.4th at 684 (dis. opn. of Brown, J.).)

Yet, increasingly, this is what is happening today.  In fact, I’m researching a motion for a case where a “criminal” was deliberately released from custody and sent home on probation because the police believed his brother was selling drugs and they wanted to search the brother’s room and they thought it would be easier to send the “criminal” home on probation than it would be to obtain a warrant.

The constant creation of these “exceptions” to the Fourth Amendment, in particular, have swallowed the Amendment.  It has reached the point where if a police officer wants to search someone’s person, home, papers, or effects without first obtaining a warrant, there is no constitutional bar.  One exception will cover one particular reason for the bar; another exception will cover another reason; and so on, until the Fourth Amendment is no bar to the search of anyone, anywhere, anytime, for any reason.  And the Fourth Amendment, while perhaps the most obvious, is not the only Amendment the courts have whittled down to nothing.

This is why I’m a criminal defense attorney.  This is why you want me to do the best job that I can.  Even if you don’t care about “the rights of criminals,” you should care about your own.  In defending “criminals,” I try to convince the courts that reasoning like that above, which has made the Constitution a toothless and irrelevant document, is faulty and that these rulings need to be reversed.  I try to put the teeth back into the Constitution.

I am the only line of defense against the loss of your rights.