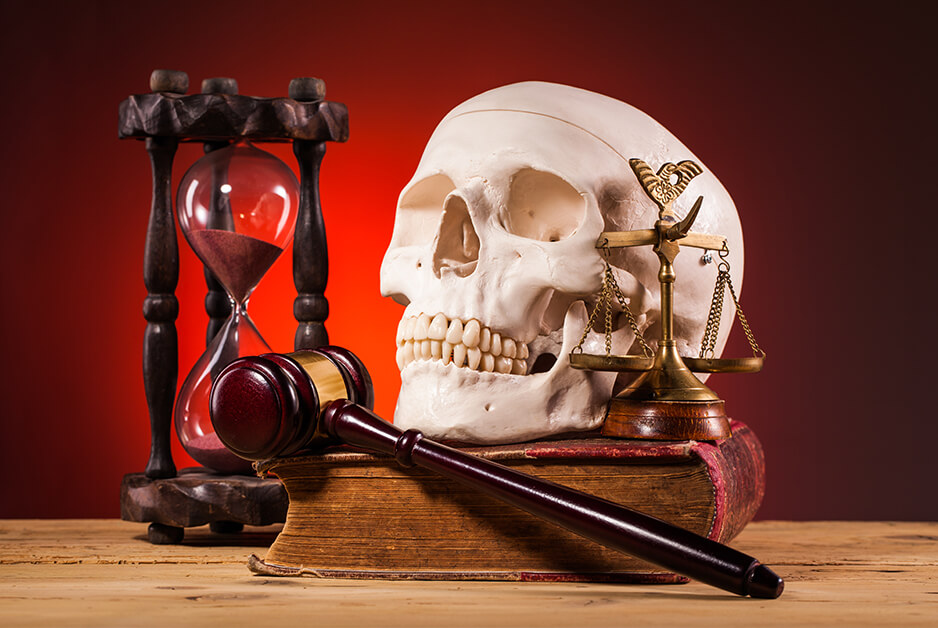 The Wrongness of Killing

On June 27, 2008, a terrible tragedy occurred. Of that, there can be no doubt. Three people are dead.

According to reports, a father and his two sons were on their way home, when another car tried to get around them. Dad tried to back up and get out of the way of the other car, so as to let it pass. The people in the car, however, were so angry, so upset, so irritated that someone in the other car just opened fire, killing the father and his sons. A member of MS-13 was later arrested for the murders.

Numbers of San Franciscans — and probably others — have been leaving comments to the story at that link. Most want blood. They’re so angry, so upset, so irritated, that all they want is to see the accused gang member killed. Mom wants to know who just kills “when you feel like it.”

The answer to her question can be answered quite simply for most of these people — including mom — by just looking into a mirror.

Don’t get me wrong. I defend people accused of crimes. This does not mean that I approve of people committing crimes. Crime hurts people. My personal belief is that people should not go around hurting one another. Believe it or not, though, not everyone accused of committing crimes actually commits them. In Fresno County alone, juries acquit about 27 percent of the people accused of committing crimes. [1]Beth Egan, the District Attorney for Fresno County, blames this on a lack of money and staff. See Andres Araiza, “Fresno District Attorney Defending Low Trial Conviction” (June 19, 2008) ABC30 News at http://abclocal.go.com/kfsn/story?section=news/local&id=6214072 (last visited June 29, 2008). Somehow, though, there always seem to be enough DAs to have three to five sitting around watching judges to make sure they don’t make defense-favorable rulings on questionable cases. The more likely reason for the low conviction rate after actual thinking citizens get to look at a case is what Fresno’s defense attorneys have been saying for some time: the District Attorney charges people for crimes that haven’t been committed, or overcharges. (Overcharging would include charging someone with attempted murder when the real crime was assault, or charging domestic violence after an argument where the husband slammed his fist against the wall.) In my own practice, I have more than once had charges dismissed after no proof could be found that any crime had been committed. The Fresno DA appears to enjoy telling people that crime is serious here because it means more money, more size, more power for the DA and police departments. Justice? Who cares about that. But that’s for another post; another day.

When people do hurt others, a system which abhors violence and wants to punish wrongdoers exists to separate the wrongdoers from the rest of society. In the old days, the system was set up so that the more serious the crime, the longer the wrongdoer was separated from the rest of society. And we worked to try to rehabilitate people, by providing vocational and social skills training. We understood that some people commit crimes out of desperation, as with theft crimes; or “because they don’t know any better” as for people who didn’t have proper upbringings and were taught that beating your wife, kids, or others was a legitimate means to an end; others commit them accidentally, because they haven’t learned about impulse control, or how to set goals for their lives, or that they actually could achieve something (legitimate) if they set their minds to it.

Over the last few decades, however, most Americans have adopted the same mentality as the criminals that we clamor to put behind bars. “I’m sick of all this crime!,” they exclaim. Someone among us loses a daughter and argues for tougher penalties “for repeat offenders.” The next thing you know, we’re putting people in jail for life for stealing golf clubs, videotapes, a slice of pizza, or — in one particularly horrible case — chocolate chip cookies. [2]See Wikipedia: Three Strikes, Controversial Results at http://en.wikipedia.org/wiki/Three_strikes_law#Controversial_results (last visited June 29, 2008). And let’s not even try to think about the disaster we’ve created by eliminating any attempts to rehabilitate people. See Tamara Lush, “Whatever Happened to Redemption?” (May 21, 2006) St. Petersburg Times at http://www.sptimes.com/2006 /05/21/Floridian/Whatever_happened_to_.shtml (last visited June 29, 2008); Chuck Brown, “Whatever happened to redemption and rehabilitation?” (April 23, 2007) The Catholic Virginian at http://www.catholicvirginian.org/archive/2007/2007vol82iss13/pages/ article8.html (last visited June 29, 2008); Bob Braun, “A prof teaches what’s wrong with prisons” (June 25, 2008) NJ Voices at http://blog.nj.com/njv_bob_braun/2008/06/a_prof_teaches_whats_wrong_ wit.html (last visited June 29, 2008).

Folks, killing is wrong. Criminals know it. You know it. I know it. And it doesn’t matter who does it. When regular criminals — the ones we call murderers — kill people, everyone understands that. It’s just as wrong when we, as a society, do it. Why do we kill people to show that killing people is wrong?

There’s an old story about Winston Churchill that goes like this:

At a dinner party one night, a drunk Churchill asked an attractive woman whether she would sleep with him for a million pounds. “Maybe,” the woman said coyly. “Would you sleep with me for one pound?” Churchill then asked. “Of course not, what kind of woman do you think I am?” the woman responded indignantly. “Madam, we’ve already established what kind of woman you are,” said Churchill, “now we’re just negotiating the price.” [3]Though the joke has been around a long time, I found this version of it at The Capitalist League website at http://capitalistleague.blogspot. com/2007/04/we-already-know-what-kind-of-woman-gov.html (last visited June 29, 2008).

It’s the same story here. Everyone wants the alleged murderer killed because of what he did to this woman’s family. Shall we kill him for that? “Sure,” the public said enthusiastically. “Would you kill because someone got in your way while you were driving down the road?” someone then asks. “Of course not, what kind of human beings do you think we are?” the public responds indignantly.

Folks, we’ve already established what kind of human beings you are.