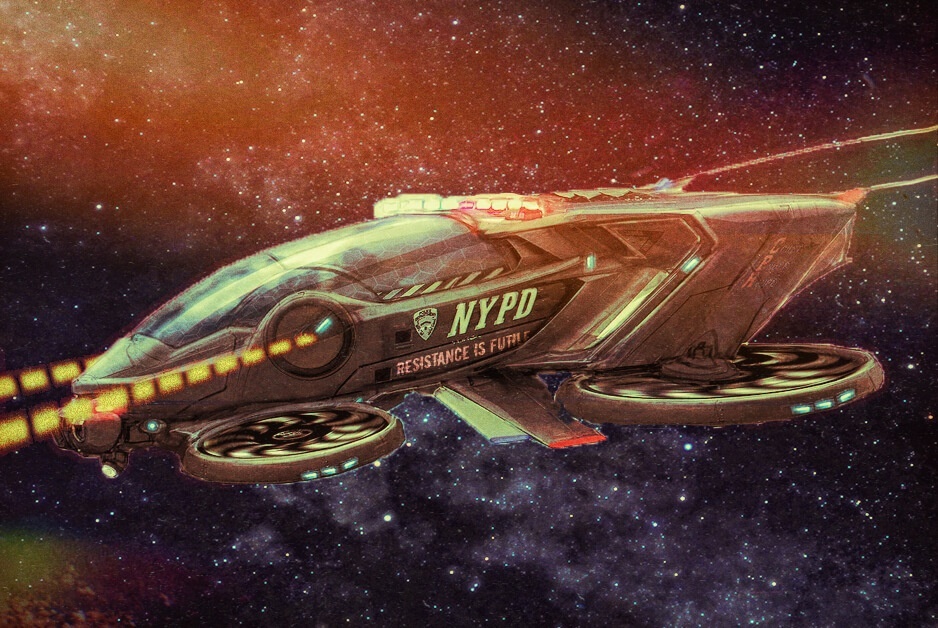 I focus on this because money is one thing, but the dreams of cops—that’s the stuff alternate universes are made of—are responsible for nearly all the shootings of unarmed citizens of which I’m aware.

Now citizens. Those are the people that we originally created cops to protect and to serve. They’re the people in “We, the People.” You know, the true Founders of the United States. [1]Frequently, we use “the Founders” to refer to people like Thomas Jefferson, George Washington, Benjamin Franklin, and the like. Truth is, they’re more rightly “the Proposers.” They debated, and worked out, the documents that specified what kind of country the United States would be at its establishment. “The People,” or those who became the first citizens of the United States, are the true “Founders.” Cops like to refer to them as “civilians.” This patois—like modern-day police tactics, and even equipment—is taken from the military.

Law enforcement should actually be ashamed of the fact that it has abandoned the principles upon which it was formed, to transform itself into a bunch of toy soldiers. Children are supposed to grow up, not turn into frontal-lobe-impaired psychopaths.

But I digress. We were talking about cops wildest dreams.

Our older citizens may remember a different world, where cops didn’t have wild dreams. Or, if they did, they didn’t tell us about them. I’m one of those older citizens, and I can tell you that whatever they may have had, they did not have the idea that other citizens—because, remember, most cops are citizens, too—were their enemies. They weren’t at war with us. When they drove cars that had “to protect and to serve” emblazoned on the sides, they actually believed that was their mission.

The so-called First Rule of Policing was, at most, the First Hope of Policing, and based on the heroism of many older cops I know, it wasn’t even First.

Back then, when cops served warrants on citizen-people without a criminal history, they walked up to the door, and knocked. If no one was home, they left, and came back later. If the citizen-person targeted by the warrant was deemed dangerous, they took a few more cops, and shotguns.

Yeah, shotguns. Which they carried in regular non-MRAP patrol cars. No tanks; no automatic weapons; no grenades; no helicopters laden with snipers.

Because they were cops; not toy soldiers. Not even in their wildest dreams.

Younger citizens, including most of today’s cop-citizens, have no real clue about this. They grew up with a different model. As I wrote yesterday, this new model has been around so long now that entire generations are growing up with no knowledge that it was ever any different, and that it is wrong.

Anyone with a half a brain, and a moment to think, can understand why this is.

From the article by Lt. Harry Thomas, linked above:

Since the early 80’s, the use of SWAT teams in civilian law enforcement has increased about 1500%. No, those two zeros are not a typo. At least FORTY completely innocent American citizens have been shot to death by rogue police, either because incompetent law enforcement officials hit the wrong address, or because startled homeowners attempted to defend themselves against the masked strangers violently entering their homes and were gunned down. One of them, Kathryn Johnston of Atlanta, was 92 years old.

I well remember the first time my agency pulled one of these stunts and scared an innocent old lady damned near to death. Our chief did the one thing in his career that I actually admired. He sent down word that if any of our personnel ever again kicked down an innocent citizen’s door, that they should send back the search warrant return with their badge pinned to it since they wouldn’t be needing it anymore. It never happened again.

How did this happen? How did we go, in a few short years, from a beat cop knocking on a door to a full scale military assault reminiscent of Iwo Jima, over somebody selling somebody else a bag of weed?

It’s because of the biggest failed social experiment in this country’s history, the Drug War.

The Drug War. This is what transformed nearly every cop in the nation from someone whose mission was to protect and to serve into a wild dreamer.

As Lt. Thomas notes, the Drug War brought us “forfeiture.” If you can agree that telling free people what they can, and cannot, put into their own bodies is something a government should do, then maybe you can agree that this was a great idea. Forfeiture took property, money, the stuff supposedly connected to the crime, from criminals. Allegedly, it hit those who were committing drug crimes where it really hurt: in the pocketbook.

The problem here is that it while it hurt their pocketbooks, it enhanced the pocketbooks of law enforcement agencies.

Now who doesn’t like a little extra money suddenly transferred into their pocketbooks? I know I do! And, predictably, law enforcement got addicted to it. They started looking for ways to protect and to serve their pocketbooks. But that was hard, because forfeiture back then required some evidence that the people whose money was forfeited had actually committed crimes.

So cops started lobbying to change the laws, to make it easier. No longer did you have to prove that a crime had been committed. They just had to want the money, and be able to dream that the money is related to drugs. Best of all? There was nothing anyone could do about it!

The only way the victim can get his money back is to sue the agency and try to prove it DIDN’T come from drug proceeds. So much for due process and the presumption of innocence. Oftentimes the cost of taking legal action exceeds the amount of money that was taken, so the victim just gives up. This is what agencies count on. Life is GOOD for law enforcement agencies! The only difference between them and pirates is the absence of an ocean. Highway robbery is back in vogue, literally!

This is where Lt. Thomas and I diverge a little in our thinking.

Lt. Thomas thinks that cops, suddenly awash in money, started dreaming about what they could do with it. They started to acquire these military weapons, and such, and because they didn’t really have a need for it, they started to collect dust. People started asking, “Why do you need these things to sit here and collect dust?” And so the cops created a need, by changing the way they handled such things as serving warrants.

I think it’s all a little bit more complicated than that.

Like Lt. Thomas, I think the Drug War is the primary driver—and isn’t it great that Jeff Sessions wants to bring it back?—but it didn’t just drive a tank. You had pissed-off citizens. You had officers getting used to playing toy soldiers who no longer saw citizens, but civilians. You had a perfect storm.

On the one side, some of the People became increasingly irritated over losing their stuff, without even being convicted of a crime. More than a few of them never even committed a crime. But they couldn’t really do anything about it. It was too expensive to try to get their stuff back. Nor could they get legislators to listen up, and push back against the police unions.

On the other side, you had toy soldiers with their wild dreams of storming—if not the beaches at Normandy, then the homes of small-town USA—acts of aggression that lead to a culture of aggression.

And, oh! The shootings.

It’s hard to say which came first. Was it the chicken-hearted cops? Or the protesters throwing eggs, and other objects? Whichever it was, neither side was inclined to sit down with the other to find a way past this Drug War that had transformed into just A War.

Then somewhere in the mix, the police, freed from the policy of protect and serve, and with now some very real enemies in the form of pissed-off citizens, developed the First Rule of Policing. People started getting shot. People who did nothing to deserve to get shot, except that they balked at total obedience to a toy soldier—someone conditioned to seeing himself as a soldier, but too poorly-trained to count as anything but a pretender: as I said, a toy soldier.

But, as I also said, who knows what order this all happened in? Things just all started coming together at the same time. Then the same technology that allowed toy soldiers to become such an oppressive force also allowed people to start recording and broadcasting what was happening. Large numbers of citizens learned that the rule of law had been abandoned, and saw no reason not to do the same themselves.

It doesn’t help that despite the tangible, visible evidence now available, too many judges, too many prosecutors, and too many jurors continue to support bad cops. In 2014 and 2015, according to the sometimes-reliable Huffington Post, no police officers were convicted for murder, or manslaughter, for fatally shooting “civilians” in the “line of duty.” Even the rare conviction results in little punishment.

Some excuse bad cops because they say cops have a constitutional right to kill people. Is that a new right? Because Lt. Thomas and his peers didn’t seem to know about that. They didn’t go around shooting people at the drop of a hat—or a “furtive movement,” or “hand moving in the direction of his waistband.”

They talked to people. They investigated before acting. They brutalized fewer citizens. And almost never killed un-armed  [2]Incidentally, this is another example of a judge refusing to hold a cop liable. The cop just didn’t “have time for this.” That’s the modern police force: citizens, including children, get in their way, and are expendable. Judges give them a pass. And, “Why not just back away from the situation and see what happens?” That’s old-fashioned protect-and-serve policing. We don’t do that anymore. children.

But today? Cops would not behave like that in their wildest dreams.  [3]Oh, and incidentally, the headline on the linked story that started this post? “Writer worries weapon of war will alter police culture”? That ship has sailed.