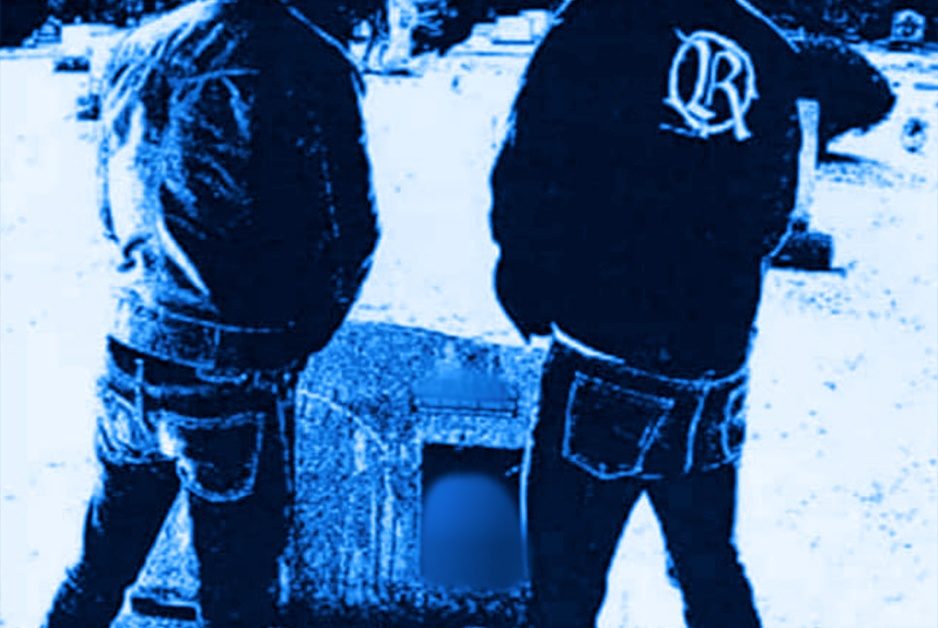 Criticizing Cops in a Constitutional Republic

Some people believe criticizing cops is a constitutionally-protected activity in a constitutional republic like the United States of America. And, technically, they’re right. But too many don’t take into account the power of the thin blue skin.

Constitutional protection doesn’t mean much if the cops being criticized are not themselves protectors of the Constitution.

Police in Dickson — how appropriate — Tennessee arrested a man for using Photoshop to create an image showing disdain for one of their fallen members (no pun intended).

It showed two men standing at a gravesite urinating on the headstone with a caption reading, “Just showing my respect to Deputy Daniel Baker from the #dicksonpolicedepartment.”

“Agents” investigated after the image was posted to Facebook.

That’s right. It wasn’t just the local yokels of the thin blue skin. Their buddies at the Tennessee Bureau of Investigation had their backs.

According to their website, the priorities of the Bureau include:

I do not agree with the idea of pissing on a police officer’s grave. I agree it is disrespectful, and unnecessarily so. [1]Thus, though I have used the image as the featured image on this post, I cropped and blurred some parts.

Yet neither do I support the thin blue skin over constitutional rights. “Disrespecting” the police is an inherent right of free people. The Constitution recognizes this right — I originally wrote “protects,” but as this blog post shows, that’s not entirely true; and, the right precedes the Constitution — and so do courts of appeal.

However, as the saying goes,

The actual quote starts off saying power “tends to” corrupt.

After all, power does not corrupt everyone who holds it.

People’s sense of “moral identity”—the degree to which they thought it was important to their sense of self to be “caring,” “compassionate,” “fair,” “generous” and so on—shaped their responses to feelings of power.

Authoritarianism is obviously inconsistent with freedom. But as the old saying goes, when your only tool for social control is an Oligarch, everyone is a Subject.

Okay. I just made that up.

The War of Subjugation

Though I did just make up that “old-saying” — passed down in my family now for one generation — the history of the United States is the history of the War of Subjugation. The battle between the forces of freedom and democracy against the oligarchical so-called “upper” class which requires an underclass as its goose that keeps on laying golden eggs began in America long before “America” began.

Cops arrest people on the daily for such things as “resisting arrest.” I often end up defending people for whom that is the only charge. As I explain when they ask what they were being arrested for when they “resisted,” I explain to them that it was the failure to recognize their subjugated status.

Subjugation is as American as…well, as America. Or, at least, the arrival of white and black people in what would become America.

Historian Heather Cox Richardson argues that, for us, the war of subjugation marks 1619 as its birthdate.

She traces the birth of oligarchy, democracy’s enemy, to the ship that brought about 20 enslaved Africans to the British North American mainland in 1619. From then until today, she argues, the history of the United States has been a history of the conflict between democracy and oligarchy.

For whatever reason, some human beings are just driven to control others. I see it all around, whether in a domestic violence case, or an officer violating his oath of office.

Many, if not most, of our laws are just about controlling people who do things about which those who passed the laws disapprove. Whatever you may have heard, thousands of laws serve no other purpose.

More laws that you could possibly imagine exist only for tamping down competition against those already at the top of America’s hierarchy.

“They can afford the lobbyists. They can afford to comply with the crazy webs of regulations,” explains Mangual. “If you’ve got an established cookie business, you don’t want a grandma from down the street who has a better recipe cutting into your business… You go to the legislature and ask them to pass arduous rules about an industrial kitchen and expensive equipment that you that need in order to qualify to participate in this business.”

One woman was prosecuted in a sting operation for selling ceviche on Facebook.

In Denver, a bartender mixed vodka with things like pickles and bacon and then put the mix back in the bottle. Some customers liked that. But authorities jailed the bartender for “infusing vodka.”

Even laws not intended just to control “behaviors we don’t like” can be abused for that purpose. The absence of any criminal intent is irrelevant. As the subtitle of the argument just quoted points out, “People commit crimes all the time without knowing it. It’s impossible to know what sort of behavior is criminal.”

That’s because our laws are mostly about keeping people in their place, and out of the place of the Oligarchs. And that requires some flexibility to make up what the law means when someone gets out of line.

Nowhere is this more evident than when encountering the thin blue skin.

The pervasiveness of excessive and ambiguous laws combined with creative oligarchy results in hundreds, if not thousands, of baseless arrests across America every day.

Arrests for being disrespectful to police officers or talking back to them are known as “contempt of cop” arrests, and are a recognized form of police misconduct nationwide. There is abundant evidence that police overuse disorderly conduct laws and similar statutes to arrest people for contempt of cop.

I said above that cops are not trained for compassion, caring — or even cooperation with citizens. They’re trained to control, to command, and to complain through the use of force when “resisted” by anyone who thinks basic human decency should control, and not an officer’s whim.

Or if, as in the case of the $97,500 case mentioned above, someone just makes a negative comment about them.

Officers are programed [sic] to take control. Once there is a perceived, for the lack of a better descriptive term, threat to their power or machismo, the officer becomes angry and escalates the encounter by exerting their authority and control without regard for the actual circumstances of the encounter.

Once this path is taken, the behavior of the officer often spirals downward by applying force (control techniques) in some form to the subject and aggressively handcuffing under the guise of officer safety.

— Matthew Heins, “Contempt of Cop is Not a Legal Charge and Neither is Trumping Up Other Charges to Support an Arrest!” Law Enforcement Action Forum Newsletter, volume 25, issue 2 (March 2018)

Any reaction of the “subject” (such an accurate word to describe ordinary people in an oligarchical society), such as recoiling, or attempting to defend themselves, only brings more trouble. The “subject” may be beaten, or even killed. At the very least, force is escalated, and charges are potentially increased.

Pissing in the Face of Power

The above case that cost $97,500 in taxpayer funds was, ironically, the result of a statement made by a woman to her boyfriend about the “waste of taxpayer money” when they saw several officers inside the 7-Eleven they had just entered.

Two officers felt disrespected, followed her outside, and unlawfully demanded identification. When she lawfully refused, they unlawfully seized her.

She spent the night in jail.

Again, police do these things on a surprisingly regular basis. No surprise, then, that the thin blue skin was bruised by Joshua Garton’s photoshopped pissing pic.

But, as even the United States Supreme Court — not exactly a great protector of constitutional rights itself — notes,

[I]n the face of verbal challenges to police action, officers and municipalities must respond with restraint.

Don’t be fooled by the use of “verbal” above.

The First Amendment affords protection to symbolic or expressive conduct as well as to actual speech.

If there is a bedrock principle underlying the First Amendment, it is that the government may not prohibit the expression of an idea simply because society finds the idea itself offensive or disagreeable.

Criticizing cops, or showing them that you have no respect for them, may be offensive, or disagreeable to society, or at least to many people in our society. Clearly, and understandably, it’s offensive and disagreeable to the cops.

Yet a free constitutional republic such as the United States does not permit arresting someone just because they are offensive, or disagreeable.

However much Joshua Garton pissed off the cops by photoshopping an image of himself pissing on a cop’s grave, it gives cops no right to shit on the Constitution.