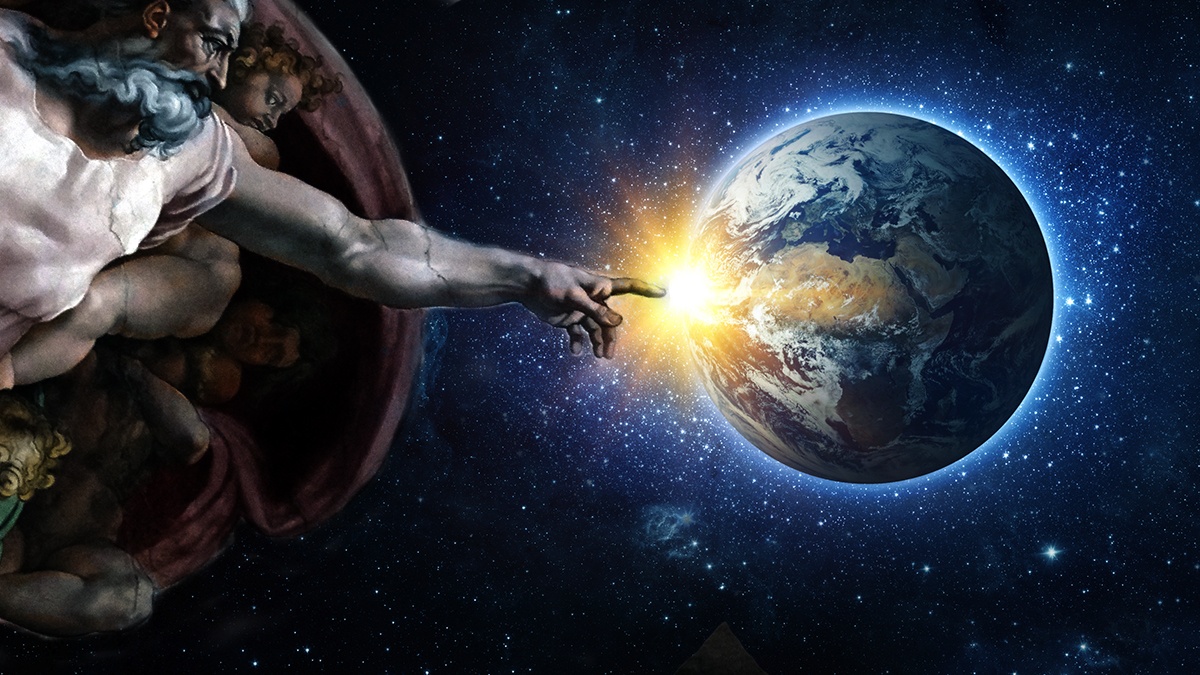 I am not a religious person. I am not, however, opposed to the lessons of religion. Unlike the majority of Americans, I frequently read the Bible. (JPS version, if you must know, although I’ve read a number of other versions and even studied Koiné Greek for two years so I could translate the so-called “New Testament” for myself. I translated five books before I quit.)

One religious concept which means enough to me that I still think of it daily is tikkun olam which, in Hebrew, means “repairing the world.”

Let’s get clear about something: the tikkun olam of which I speak is not the namby-pamby watered-down left-leaning “in” Jewish thing of recent years. I’m not talking about “let’s do nice things for people,” like staff soup kitchens at Christmas — not even staffing Chinese soup kitchens and showing a movie. I agree with Arnold Jacob Wolf, who complained in “Repairing Tikkun Olam” about the distortion of tikkun olam.

A teaching about compromise, sharpening, trimming and humanizing rabbinic law, a mystical doctrine about putting God’s world back together again, this strange and half-understood notion becomes a huge umbrella under which our petty moral concerns and political panaceas can come in out of the rain.

I’m not completely against the left-wing interpretation of tikkun olam as a philosophy or doctrine that calls for doing nice things for people, of course. But the tikkun olam I yearn for these days is more akin to the earlier tradition: let’s fix the law. Let’s — as the mishnaic version of tikkun olam seems to do — do it mipnei tikkun ha’olam — “for the sake of the preservation of the system as a whole.”

As the page from “There shall be no needy: pursuing social justice through Jewish law & tradition” by Jill Jacobs, following the one just linked  notes, the Rabbis invoked the idea of tikkun ha’olam (the “ha” is the definite article; for our purposes, you can read tikkun ha’olam as being essentially the same as tikkun olam) as a kind of correcting of the Law. Specifically, tikkun olam aimed to “repair the flaw that endangers the stability of the system as a whole, and in doing so…improve the system.”

That is the aspect of tikkun olam that I find myself dwelling upon as this year comes to a close. Our system is badly (badly!) in need of repair. Mark Bennett reports on the anguished plea of the attorney for Andrew Gallo, who killed without intending to kill. Scott Greenfield, writing about the same case, states:

Treating a death caused by drunk driving the same as an intentional murder is all the rage.  Pun intended.  The family of the poor, wonderful young people who died were grief stricken, and think they will be comforted by Gallo’s imprisonment forever, if not the forfeiture of his life.

Andrew, currently 23 years old, was sentenced to 51 years in prison and will be eligible for parole when he is 72 years old. Seventy-two!

Meanwhile, I’ve been involved in a case where — there is no question about this part of the case — several teenaged boys chose to beat a grandfatherly man to death with tree branches and two-by-fours. They will soon be sentenced to the maximum possible term of 11 years.

I am not saying that the boys in the latter case should get more time. Gnash your teeth all you wish, but as sad and horrific as the crime is, they are children.

The point here is that they chose to beat a man with branches and two-by-fours. I don’t care how stupid you wish to make your argument, no honest individual can say that Andrew Gallo chose to kill anyone.

Moreover, this is just a piece of what is wrong with our system. A small slice of wrongness that permeates our jurisprudence. Or lack thereof.

Here in California, we put people away for life for such things as stealing videotapes. Which is to say that we lock folk away until they die for the sins of being poor and stupid.

Meanwhile, we’re all about the business of manufacturing more criminals. Rather than fund programs to help the mentally ill, for example, we prefer to force them to the streets, where they will inevitably commit crimes. Then, as the judges in Hanford, California recently did, we will ignore the fact that they are incompetent to stand trial, incompetent to accept a plea agreement, and we will commit them to prison for the smallest of crimes — thereafter refusing a certificate of probable cause, to ensure no one can mount an effective appeal on their behalf. (But I’ll be attempting it anyway.) To top it off, the judges involved had a conflict of interest, and knew it — every last judge in the county recused him- or herself except one, but not until after taking the plea, sentencing the victim, and denying the certificate of probable cause. Talk about closing the barn door after the judge horse’s ass has already exited.

In our juvenile courts, judges look the other way while deputies provoke the more unstable amongst the kids. “Show me what you got, Modoc Boy!,” one says to an African-American kid, forgetting the connotation of “boy” under the circumstances. Then all the video evidence is miraculously unavailable.

It’s not just the specific injustice that rankles. It’s that the problem is actually systemic.  It has arisen over the last few decades as the law has evolved through the selling of newspapers, rather than any sane investigation of the underlying causes and the best way to deal with them.

Our criminal justice system is so far off-kilter that it is (really, this is no joke) in danger of collapse. California’s so-called Determinate Sentencing Law came into being in the mid-to-late 1970s after just such an unjust imbalance had become  so terrible that it finally resulted in a large number of prison riots. [1]See chapter one of the recently-released CEB volume titled California Criminal Sentencing Enhancements 2010 at http://www.ceb.com/CEBSite/product.asp?catalog_name=CEB&menu_category=Bookstore&main_category=Practice%20Books&sub_category=Practice%20Area%20Criminal&product_id=CR34160. Sorry, I don’t feel like looking up the exact page number right now.

Ironically, while recognizing that the number of police officers being shot is increasing, one writer believes it’s because the police are forced to follow burdensome laws before being allowed to shoot citizens. I say it’s because officers are not following the law and instead are too readily shooting too many citizens — and our courts and laws are increasingly supporting those (to use the author’s own words) “knuckle draggers.”

My dream would be to wake up tomorrow and know that this is California’s New Year’s Resolution.