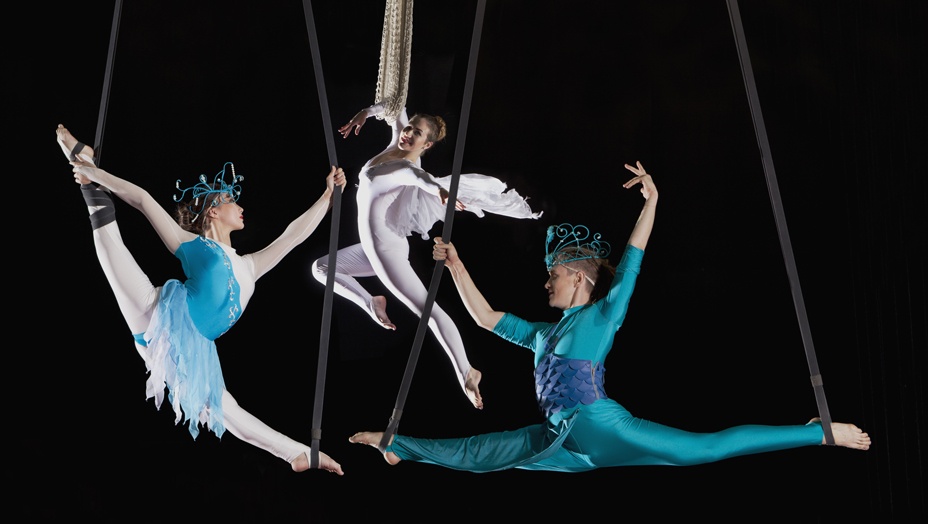 Totality of the Circus Dances

On the Joys of Search & Seizure Motions

I have been working on a suppression motion the last week, so naturally, I keep running up against the “Totality of the Circumstances” doctrine, which, when you dig in, is really a Totality of the Circus Dances. The only real rule is to make sure you achieve the result that allows evidence against accused people in, whether legally, or illegally, obtained.

Unless for some reason, you’re not in the mood.

I mostly deal in felonies. In a felony case, as with all the best circuses, there are three rings. First, you have the arraignment. Second ring? Preliminary hearings with or without motions. The third ring is for trials with or without in limine motions.

Sentencing is another story: that’s what happens as you leave the circus tent, depending on which exit you’re directed to by the Ringmaster.

The Totality of the Circus Dances appears in just about every ring.

Totality of the Circumstances

I mean, shit! They already know who the guilty person is. They decided it on the way to the scene, based on the initial report. The DA wouldn’t have charged the accused if he hadn’t committed the crime. And judges can see the no-good guilty person standing right there next to that sleazy “officer of the court”! (No, not the prosecutor. That’s why I used scare quotes.)

It’s just a matter of pretending to prove it.

The Totality of the Circumstances doctrine allows reaching a decision that would otherwise be unreachable without doing investigations in such a way that citizens’ rights are not trampled.

The unreachability comes from unwanted consequences of prior court rulings. See, back before conservatives reinvented Original Intent, the Original Intent of the Founders was that we be free of government intrusion into our lives.

And, sometimes, the Truth still leaks through. The detritus makes a shambles of case law.

But, over the decades and now more than a century — essentially caused by the invention of cars — mission creep has turned us from a free Republic to a police State.

To pretend the Constitution still means something, and push the Truth of Governmental Overreach into the background, we need workarounds to explain how rights can be trampled “nevertheless.” Or, in the Great Balancing Act that is a key part of the Totality of the Circus Dances.

Bring Out the Dancing Dog!

Say, for example, that a police officer on patrol stops a motorist for violating a traffic law. For some reason, the officer instead gives the guy a fix-it ticket for not having proof of insurance, pesters him with irrelevant questions to the point of irritation, and then asks if he can search the car.

Maybe our motorist is not trying to figure out how to burn through an 8-to-12-hour shift (gotta get that oligarchy overtime!).

Our motorist — who, remember, is on a long road trip — is already tense about the delay, the officer’s irrelevant questions that clearly indicate a fishing expedition, and the fix-it ticket with which he will have to deal later. He says, “No. I’ve got to get going.”

This angers the officer. The officer is going to have to drive around aimlessly, bored, until he finds another victim.

So the officer tells the motorist to sit tight, despite the fact that the ticket has been written, and given to the motorist, along with his driver’s license and car registration.

The officer then goes back to his car. He retrieves the Infallible Officer K9, a.k.a., Sniffer, who is often mistreated by cop-supervisors. Sniffer and his supervisor will then perform the totality of the circus dances around the car, until Sniffer suddenly does a two-legged dance near the trunk.

The non-K9 officer gets the guy out of the car, cuffs him, and puts him in the patrol car. Because now he has probable cause for a search.

The Dance Moves to the Circus

In the above scenario, if the law were followed, the evidence will be suppressed by the trial court. The United States Supreme Court stated in 2005 that a dog sniff during a lawful traffic stop must occur during a reasonable time deemed necessary to conduct the traffic stop. Arizona v. Johnson, 555 U.S. 323, 333 (2009).

Ten years later, the Supreme Court re-emphasized the point: once the time necessary to issue the ticket has passed, from that moment on, prolonged detention is unconstitutional. Rodriguez v. United States, 575 U.S. 348, 350-351 (2015) (emphasis added).

But law enforcement, prosecutors, and their Brethren in Black Robes (some of whom are Sisters in Sable Smocks) don’t like it when the law lets “criminals” get away.

Unless those criminals are the cops who broke several laws and performed an unconstitutional search, that is.

Totality of Circumstances to the Rescue?

Fortunately, the officer’s decision to search the car on a hunch was not, according to the officer, just a hunch. No, no! He had a reasonable suspicion because the driver

By the way, in this scenario, the place the officer never heard of actually exists, about two counties over from where the stop occurs.

According to the officer, engaged in the totality of the circus dances, the search is good. The officer’s ignorance of geography just adds to the suspicious nature of the accused.

The Special Knowledge of Cops

Now, you may not know this, but the police officer does: married men don’t ever go on vacations without their wives and kids to visit friends when they should be — by the officer’s estimation — at work.

And, my G-d! An energy drink? How is that possible when energy drinks probably only sell at a rate of about $23 billion dollars per year?! (Frankly, that being the case, it might be suspicious when an officer stops someone on a long road trip who doesn’t have an energy drink in the center console.)

Nor does anyone with friends ever take a long road trip to see them without specific and detailed plans with which he would willingly regale officers during a traffic stop.

And don’t forget the nervousness that did not abate when reassured by the kind officer that — all those questions and insinuations notwithstanding — he would only give the driver a fix-it ticket.

Forget the fact that the Rodriguez Court rejected the idea that that would support a search, when it rejected the dissenting opinion’s recitation of the factors to consider under the Totality of the Circus Dances.

I’ve done all those things — except the kids part, since the only “kids” I have are three papillions. I worry about being stopped by cops. I try not to show it, but I’m nervous during a stop. I sometimes drink energy drinks. Heck, I once took off in November (that was cold) on my motorcycle, from Visalia, to get a cup of coffee on Sunset Strip in LA, because I was depressed over finding out my wife was cheating on me with a pillar of the local christian community. But I’m not normal, you know.

Just ask any cop who knows me. I’m a highly suspicious character.

What Will the Ringmaster Do?

As I said, the law seems pretty clear about what should happen in a case like this. But who knows what will happen under the Totality of the Circus Dances doctrine. Judges just really hate letting people who aren’t law enforcement officers get away with breaking the law.

The California Judges Benchbook: Search and Seizure (2019) says that the Fourth Amendment requires cops to get a warrant before any search. It notes that “[d]ecisions often state that the requirement is subject only to a few ‘narrow and well-delineated’ exceptions.”

In the very next paragraph, it says, “In reality there are many exceptions to the warrant requirement, some of them quite broad.”

And, indeed, not only broad, but deliberately vague.

The Judges Benchbook. That is, the book the tells judges how things are supposed to work. Say one thing; do another.

Automobiles & the Development of the Police State

Rules for warrantless vehicle searches are some of the broadest and most vague. In fact, a book which hasn’t arrived in my office yet — I’m listening to the audio version in my car, but the hardback is on the way — says the automobile is the biggest cause of the police state in which we live today.

Prior to the invention of the automobile, cities that were only 15 miles apart might as well have been 100 miles apart. Not many people had the ability to move faster than they could run. Not many people could run far. Some folk had faster animals (e.g., the horse), but even horses are limited. Horses walk about 4 miles per hour, trot about 12, and gallop up to 30. But though your typical horse could be comfortable walking for eight hours — even if you might not be so comfortable riding one that long — that’s just 32 miles a day.

Depending on where you live in Fresno, where I practice criminal defense, that means getting to court in Madera would be almost an all-day affair. One way.

Even the first gas-powered car ever driven could do only 16 miles per hour. Now your trip to Madera is down to a maybe one to two hours, depending on where you were in Fresno. By 1908, the Model T would hit 40 miles per hour! Woo-hoo! Madera, here we come!

But with that speed came the development of the ability to quickly move contraband. That mobility brought about the adoption of bigger and bigger constitutional shredders.

Because let’s not forget: the police were invented for one reason, and one reason only. Control of the non-oligarchic classes.

And, dammit, if cars give free people the freedom to freely move things around quickly…well, cops gotta have a quicker way to avoid actual adherence to the Constitution.

And so the Automobile Exception was born, a new move in the Totality of the Circus Dances. Cops could not be bothered to get a warrant, because of the mobility, exigent circumstances, and not wanting to waste time on a phone conversation with a judge to explain their weak case for reasonable suspicion, or probable cause, or whatever the basis du jour might be for a warrant.

And because the Automobile Exception is needs-based,

[a] precise statement of the automobile exception has proved elusive. Supreme Court rulings have been confusing and contradictory. Some of the Court’s holdings have sustained a warrantless search of an automobile despite the absence of probable cause or exigent circumstances. Other cases have held that a warrantless search violated the fourth and fourteenth amendments when either probable cause or exigency was absent. […] The frequency of plurality opinions testifies to the extreme difficulty the Court has had in accommodating its conflicting views on the scope of the automobile exception rule.

You can, without even trying very hard, find Supreme Court and appellate opinions on automobile searches to prove just about any point you want, for or against a particular search.

And the result is always achieved on the Totality of the Circus Dances.

So what will happen in the case above? Who knows? These days, you can zoom into the Circus almost every day, weekends excepted.

The Ringmaster for this particular case can be whimsical, although tending to be a bit hard-nosed, and having forgotten that the label “prosecutor” was supposed to have been shed years ago.

On the other hand, like all Ringmasters, it depends on the assessment made of the case.

In any event, we’ve got our tickets. All motions have been filed, opposed, and replies lodged.

All that remains? The Totality of the Circus Dances, of course. That ain’t over ’til the Ringmaster sings.