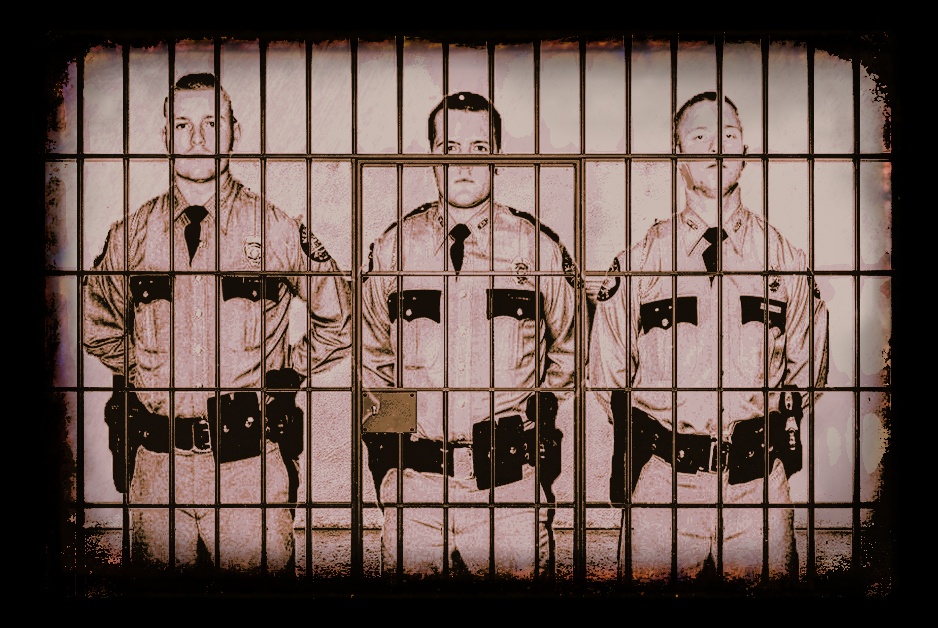 It’s a wonder to me why anyone these days would believe a police officer’s account of anything.

The Fresno Bee the other day contained several stories concerning what is increasingly nothing more than a gang of uniformed criminals. The first story I remember concerned a Marysville police officer who stopped a woman for driving without a seatbelt. Apparently, the officer suspected that the woman was hiding the seatbelt in her ass, because he authorized another officer to strip her and do a body cavity search. Right there. On the side of the road. While cars were going by. So far, I’ve been unable to verify whether the officer actually said, “Constitution schmonstitution, check her ass for hidden seatbelts!”

But this is just one such story.

The truth of the matter is that police officers these days increasingly commit crimes. Over the three days it took me to complete this article, each time I opened the Bee, there was another story about an abuse of power by a police officer. The even more amazing and even sadder truth is that most officers who abuse their power, or even commit crimes, never get caught. [1]Not all abuses of power are technically crimes. An officer can overstep his authority and behave abusively toward a citizen without actually breaking the law. Just because something is not against the law does not mean it is something which is acceptable. Unless someone happens to be present with a video camera, the only way you or I could ever know about what happened is if someone who was there tells us about it. But who was there? The police officer and non-police-officer witnesses.

The first hurdle to getting at the truth is that police officers have the power to arrest people. When an officer does something wrong, however, he does not arrest himself. He arrests the victim of the crime. In California, when the citizen has committed no crime at all, the officer will usually charge him with a violation of Penal Code section 148 (resisting, delaying, or obstructing an officer). To the officer, it does not matter that you were resisting because what he or she was doing is wrong. Even if there are other witnesses, it will be the word of the police officer against those witnesses. This is where the second, and most important hurdle is encountered: Nearly always, judges and juries will take the word of one police officer over the word of 100 citizens.

The problem is, police officers are just human beings. They are given immense amounts of power. They can arrest people. They not infrequently beat people. And they carry guns. As Lord Acton, writing to a friend in 1887 said,

I cannot accept your canon that we are to judge Pope and King unlike other men with a favourable presumption that they did no wrong. If there is any presumption, it is the other way, against the holders of power, increasing as the power increases. Historic responsibility has to make up for the want of legal responsibility. Power tends to corrupt, and absolute power corrupts absolutely. Great men are almost always bad men. [2]See the section titled “Lord Acton’s Dictum” in the Wikipedia article “John Dalberg-Acton, 1st Baron Acton” found at http://en.wikipedia.org/ wiki/John_Dalberg-Acton,_1st_Baron_Acton#.22Lord_Acton.27s_dictum.22 (last visited August 6, 2008).

The question is, knowing what we know, why do we allow this to happen? Or do we really not know this?

I don’t know the answer to these questions. What I do know is that if you find yourself facing a cop behaving badly, do what you can to survive the encounter. If you are successful, your eyes will have been opened and you should file a complaint and also contact your legislative representatives to encourage laws limiting the abuse of power by officers.

Unless, of course, you don’t mind stripping and submitting to body cavity searches along the side of the road.