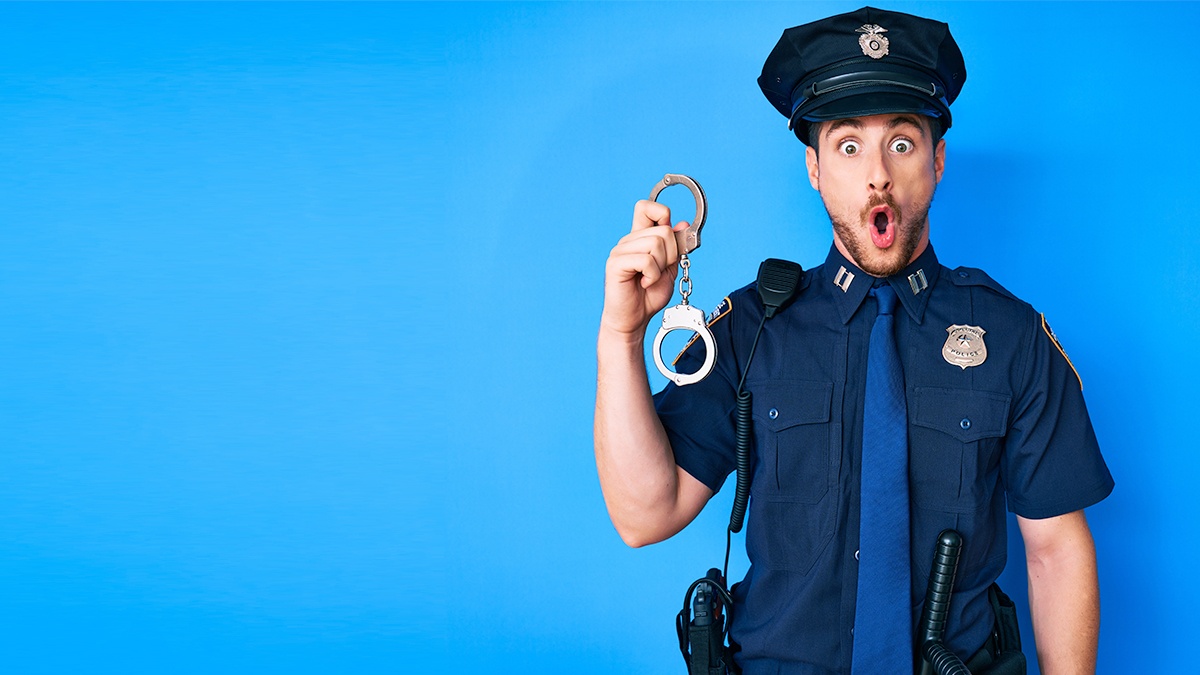 Until It’s Your Turn

Everyone Hates Defense Lawyers,
Until They Need One

Everyone hates criminal defense lawyers, until they need one. Until it’s your turn to be accused — rightly, or wrongly, or just for more than you really did — most likely you do not understand why we even exist.

She was a traitor, and you’re a traitor for representing her.

— Someone sending hate mail to Attorney Heather Shaner, quoted in Caroline Anders, A lawyer hoped history books would help her Capitol riot clients grow. She was called a traitor — and worse. The Washington Post (July 31, 2021)

Apparently, the majority of Americans just can’t recognize the difference between an accused person needing an attorney to avail themselves of their constitutional rights, and the attorney who represents them. Until it’s their turn to be accused.

So think about that.

Hate the Sin, Fry the Sinner

I’ve often heard the phrase, “hate the sin, love the sinner.” I understand this to be a christian saying, more honored in the breach than the observance.

But the idea that one should hate the sin, and fry the sinner is not limited to christians. I can assure you that in my experience almost no one — at least initially — wants to cut people accused of crimes any slack. Until it’s their turn.

An unfortunate consequence of this is that,

American prisons use dehumanizing methods and focus more on punishment rather than rehabilitation. […]

American prisons focus less on reform but rather on punishment, American prisoners have to follow strict rules such as daily schedule–when to wake up, what and when they eat, what they wear which is usually a uniform. It has been found that these factors lead American prisoners to not function in society after being released; they found that simple things like daily decision making is harder for them and making it hard for them to adjust to society

This fries the sinner. But it hurts us, too. People who do not know how to function properly in society are people who will continue to do things that harm other people. There is a solution to this, but involves not frying accused people.

But more on this last point below.

Attorneys Are Not Their Clients

It’s one thing to end up hating the sin, and wanting to fry the sinner. I get it. I’m not wild about people who hurt me, either. But I should not need to tell you that when you see an attorney with his or her client, you are seeing two different people.

One is the attorney. The other is the client.

In fact, in my contracts, paragraph one actually states,

— Paragraph 1 of my Standard Retainer Agreement

I frequently joke with clients during the signing of the contract: this paragraph delineates which one of us is which; I point out the importance of not getting them mixed up.

When someone hires an attorney, they’re doing so because the attorney has — one hopes — the training, skills, and knowledge to defend their rights.

Many clients no doubt think they’re hiring an attorney to “win their case,” even if they actually did what they are accused of, and there is plenty of evidence to show that. That may be also the thought on the minds of those who hate attorneys who defend people accused of crimes. But it isn’t true. If a defense attorney wins a case, it’s a side effect of defending someone’s rights. It means the evidence wasn’t so clear, or strong, after all.

But the important point to remember here is that the defense attorney is not the client.

To make it a little more plain: someone has accused one of at least two people standing before the court of a crime which he or she may, or may not, have actually committed; another (the defense attorney) stands beside the accused, but is not accused. A defense attorney and his or her client are neither both accused of crimes, nor birds of a feather. One needs someone to defend his or her rights; the other defends.

But, I get it: until it’s your turn, almost everyone just naturally is confused about this.

Until It’s Your Turn

Once it is your turn, of course, you begin to understand that we are not the same. As I said: “I’m the attorney. You’re the client. It’s important not to get confused about that.”

This is right up there with reminding people not to confuse their 15-minute — or even hours-long — self-interested Google searches with my years getting a law degree to serve the interests of others.

But until it’s your turn, it seems to be the case that too many people think that because I’m a defense attorney, I support people committing the crimes that my clients are accused of committing.

Everyone hates defense lawyers, until they need one. And pretty much everyone loves defense attorneys — I said “pretty much” — when they do need one. In my years of defending people, I have found this to be almost universally the case.

Heck, correctional officers and police officers occasionally hire me to represent themselves, or their loved ones. Some of these people saw me in court, and decided I was the one to fight for them. When they took their turn at being on the other side of the law, they stopped hating me — and also, incidentally, came to realize that I don’t hate them.

Until it’s your turn, though, you most likely will believe the police always do everything right, the accused person is guilty of what they say he did, and I’m a crook, thief, murderer, or pedophile because I defend people accused of such crimes.

Love the Client, Not the Crime

For the sake of argument, in this section assume the person I’m defending actually did what they were accused of.

Nevertheless, I follow an oppositional aphorism to “hate the sin, fry the sinner.” It appears Heather Shaner, does, as well.

So I am not surprised that she and I both follow similar approaches in dealing with clients who have been caught redhanded, so to speak, committing crimes.

Explanation. Education. And starting them on the road to rehabilitation.

When Shaner took a handful of cases from the insurrection, she did what she thinks every good defense attorney does: found the humanity in her clients.

— Caroline Anders, A lawyer hoped history books would help her Capitol riot clients grow. She was called a traitor — and worse. The Washington Post (July 31, 2021)

If you read my blog post from the day before yesterday, you’ll see this fits in perfectly with my own approach.

Clients, as I said in that post, are people.

Call me Pollyanna — no one who knows me, by the way, would do that — but I think most people, even those who commit crimes, are still people. And people are worth salvaging, even when they have made a mistake. Even when they have deliberately done something illegal.

It may surprise you to hear this, and you may simply not believe it, but even people who commit crimes are often mostly decent people. Not all of them, to be sure. But most.

As Bryan Stevenson has put it,

Each of us is more than the worst thing we’ve ever done.

The default felony prison term in California — for people committing felonies who do not get probation — is 16 months, 2 years, or 3 years, depending on a judge’s sometimes arbitrary decision. (Judges try to key the choice of term to something about the way the crime was committed, or something related to the person who committed it.)

Most people, even if they go to prison, and whether you like it or not, are going to be released back into society one day. After all, at one point or another, as many as 45 percent of Americans have family members behind bars. And not everyone goes away for life — in fact, more don’t than do.

Additionally, very large numbers of people will accept plea bargains that result in a felony conviction with no prison time. Instead, they will get probation. If they’re in jail because they couldn’t bail out, they’ll often be released after accepting the plea.

Shouldn’t we want people to come back to us better than they left?

Additionally, many people, once arrested, will never commit another crime. “More than 70% of American adults have committed a crime that could lead to imprisonment.” Most of those people have never been arrested, or jailed.

Those folk probably don’t need locking up. (We’re too often going to do it, anyway.)

But, as I said, even if they are locked up, almost all of them will one day go free. Despite Three Strikes and other “hate the sin, fry the sinner” doctrines, the majority of people aren’t in prison for life.

Shaner said many of her clients are victims of misinformation and lack of information, and some of them are learning from the upheaval they participated in.

“People came for a whole lot of different reasons,” she said. “None of them based on understanding factually what was happening in the Capitol that day.”

— Caroline Anders, A lawyer hoped history books would help her Capitol riot clients grow. She was called a traitor — and worse. The Washington Post (July 31, 2021)

Surprisingly, this truth fits most of my clients, as well. Whether accused — or even later convicted — for domestic violence, sex charges, or driving under the influence of alcohol, they often just do not understand that this is not the right way to conduct oneself.

When I first encountered this, I was surprised. I represented an undocumented man more than a dozen years ago, who had been arrested more than a dozen times for driving under the influence. Somehow, I guess, it never occurred to him that anyone could get hurt. He knew it was illegal. But he was always fined, and released. To him, if you “have to” drive under the influence, you just pay your fine, and move on with your life.

And, no, “lock him up!” was not the answer. He’d already spent some time locked up. Just another part of the “fine” for doing what — in his mind — he had to do. After all, you go somewhere, you drink. And then you have to get home.

I got him in a program. He received information and treatment. He changed.

I have helped clients learn that intra-family violence, which was normal for them growing up, is not the best way to build a healthy relationship, and enjoy a good family life. I have helped people accused of other crimes — my favorites were juveniles — move away from dysfunctional lives peppered by arrests, convictions, and sometimes even incarceration, towards productive lives. Most of my clients, particularly the juveniles, have benefited from learning about goal-setting, or about setting personal boundaries (overcoming co-dependency), or other life skills.

Some have gone on to have society-benefiting careers. One I know is a nurse. Others have become EMTs, or security guards. My favorite was a former-juvenile who confronted me in a store. He was an adult now, a construction worker, with a home and a family. He literally shouted out to the whole store, saying, “RICK HOROWITZ SAVED MY LIFE!”

Others just went on to live “ordinary” crime-free lives.

Instead of attacking attorneys like Shaner (and me) who work to rehabilitate the people we meet, you should be praising us, encouraging us, supporting us.

Don’t wait until it’s your turn to realize that you need us.

You need us now.