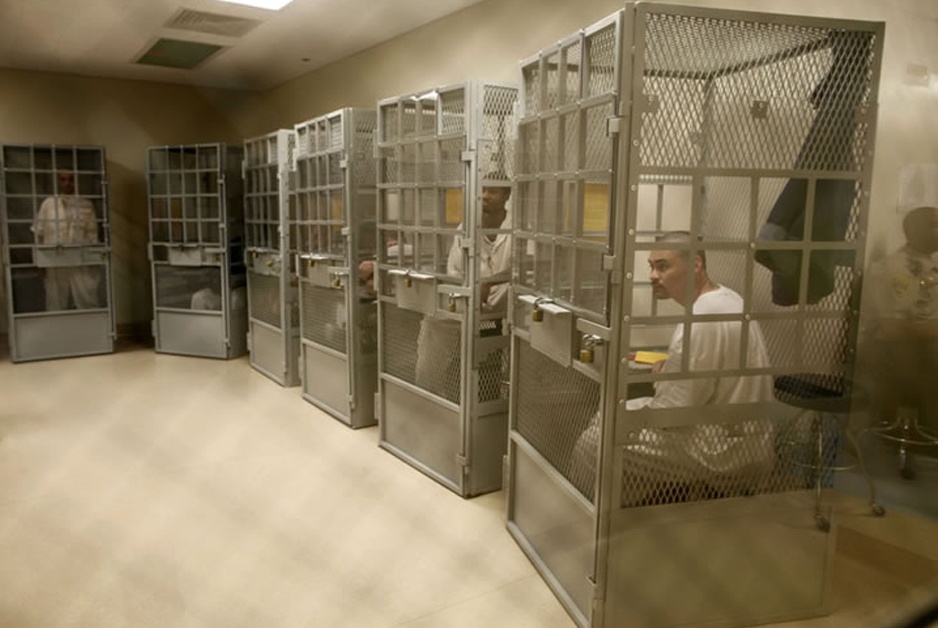 We Are Not Nice People

We are not nice people.

And by “we,” I hope you do not erroneously come to the conclusion that I meant to exclude you. At least — or, more accurately, I should say “particularly”–  in the United States, you are not a nice person.

Why do I say that? How can I say that? After all, you’re thinking, I don’t even know you.

To some extent, that’s true.

On the other hand, I do.

Nearly all of you — based on the statistical software that tells me where my readers come from — are from the United States of America, the country that imprisons more of its citizens than any other country in the world. More than China. More than Russia; the United States has more than four times as many prisons as Russia, which, when it comes to prisons, gets second place.

Indeed, the United States leads the world in producing prisoners, a reflection of a relatively recent and now entirely distinctive American approach to crime and punishment. Americans are locked up for crimes — from writing bad checks to using drugs — that would rarely produce prison sentences in other countries. And in particular they are kept incarcerated far longer than prisoners in other nations. [1]Emphasis added.

Criminologists and legal scholars in other industrialized nations say they are mystified and appalled by the number and length of American prison sentences.

But it happens. And it doesn’t just happen because you allow it. It happens because you insist upon it. As the subtitle of this story from The Economist — not exactly a liberal rag — puts it:

Never in the civilised [sic] world have so many been locked up for so little.

If sitting in a prison cell was a job, it would be one of the most common jobs in the United States. In 2012, there were some 1,570,000 inmates in state and federal prisons in the U.S., according to data from the Justice Department.

It is possible — although no one knows for sure — that Cuba and North Korea might imprison a greater percentage of their population than the United States. But if you want to feel good about the U.S. because — percentage-wise — we’re not quite as bad as Cuba and North Korea, there’s more wrong with you than I first thought. And, by the way, even if the estimated numbers are right, we’re closer to those countries than we are to the next-runner-up to us. To make matters worse, if you count only adults, then one out of every one-hundred Americans is incarcerated.

And the nature of these lockups, despite the ignoramuses who talk about prisoners’ lavish lifestyles behind bars, is anything but pleasant. From that Economist article:

Justice is harsher in America than in any other rich country. Between 2.3m and 2.4m Americans are behind bars, roughly one in every 100 adults. If those on parole or probation are included, one adult in 31 is under “correctional” supervision. As a proportion of its total population, America incarcerates five times more people than Britain, nine times more than Germany and 12 times more than Japan. Overcrowding is the norm. Federal prisons house 60% more inmates than they were designed for. State lock-ups are only slightly less stuffed.

Prison takes offenders away from their families, marriages, jobs, friends, communities and churches and puts them in an extremely bad moral environment for years at a time. Social organization in prison revolves around vicious prison gangs, motivated by racism, hate, satanic influences and violence. Life among these mostly uneducated felons, including opposing gang members, the insane and the diseased, is generally unpleasant. Overcrowding makes it all worse in most prisons today. Many prisoners are beaten, raped, brutalized or live in fear. Deviant and forced sex increases because members of the opposite sex are unavailable. Guards can be unpleasant and brutal.

Absolute control is the name of the game, and prisoners are frequently treated in ways that Americans would never accept for animals.

Ha! Those guys have it easy!

Plus they get three — uh, well, at least two! — square meals per day, right?

But I digress with this discussion of the exquisite prison cuisine.

The bigger problem lies in the fact that prison is a place which exists for one reason, and one reason only: to inflict pain. At this, it succeeds beyond anyone’s wildest expectations. In fact, it is so successful that by the time prison is done breaking down a person, that person is actually no longer likely fit to live in regular societies. We are, in effect, training people to prey upon others. We should not be surprised, then, that once released, they continue to do so.

The experience of being locked in a cage has a psychological impact upon everyone made to endure it. No one leaves unscarred. The experiences are hard to describe. [2]Mika’ il DeVeaux, The Trauma of the Incarceration Experience, 48 Harv. C.R.-C.L. L. Rev. 257, 257 (2013).

The experience “can create habits of thinking and acting that are extremely dysfunctional” and “permanently change those made to endure it.” [3]Id. at 261 (emphasis added).

The thing is, though, these habits of thinking and acting actually are not at all dysfunctional on the inside; they are necessary for survival. The system is so horribly primitive that it drives inmates insane. Given the cruelty to which prisoners are routinely exposed, not just by other prisoners, but by guards, the only real surprise is that we don’t have more problems than we do.

It is when they are released, as most inevitably must be, that the problem is brought home to the rest of us.

You want to feel safe? You want the world to be a better place? Rehabilitation starts with you. Reject sadism. Stop voting for longer and more degrading prison terms. Tell your legislators — your representatives, your agents in this inhumanity — that you want to see more rehabilitation and less punishment.

It’s not just about being nice. It’s about making the world a better place.