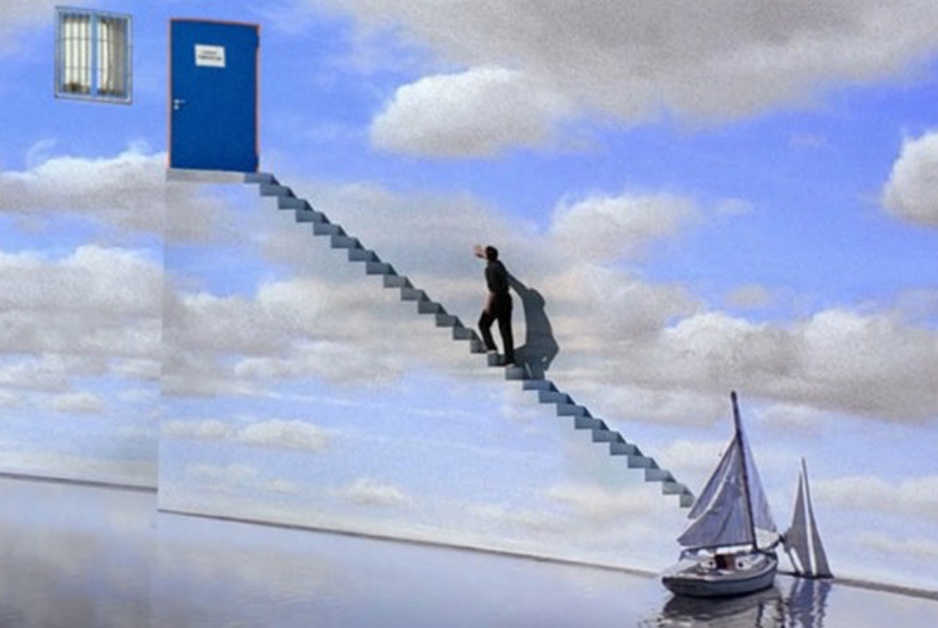 We’re Are All Truman Burbank

On The Truman Show, Jim Carrey played a character whose every move was available to the television-viewing public 24 hours a day, 7 days a week, all his life.  Carrey’s character, Truman Burbank, had been adopted by a corporation as a baby and raised on an island within a domed “stage” constructed specifically to turn his whole life into one big reality show.  Near the end of the movie, Truman discovers the truth and manages to escape his faux world, presumably finding a real life of privacy.

In “reality,” this can only happen in the movies.

Good computer men know that one of the most practical of our present safeguards of privacy is the fragmented nature of present information. It is scattered in little bits and pieces across the geography and years of our life. Retrieval is impractical and often impossible. A central data bank removes completely this safeguard. I have every confidence that ways will be found for all of us to benefit from the great advances of the computer men, but those benefits must never be purchased at the price of our freedom to live as individuals with private lives…  (Richard O. Mason, “Four Ethical Issues of the Information Age” (March 1986) Management Information Systems Quarter, vol. 10, no. 1.)

Horton, according to NNDB.com (ironic motto: “tracking the entire world”) died of a stroke in 2004.  But I was reminded of him this morning while reading an article about electronic trails, lawyers and law enforcement.

The article came to me via a “tweet,” an electronic message someone posted to Twitter.  Twitter itself is another example of the ways in which we of the Information Age participate in a global reconstruction of The Truman Show, with each and every one of us as stars in our own right.

As I’ve written here and here, law enforcement increasingly makes use of our data trails.

In the old days, we were used to hearing that “anything you say can and will be used against you in a court of law.”  Criminal attorneys, at least, are therefore always advising their clients — most of whom ignore us to their own detriment on this anyway — not to say anything, to anyone, concerning events around which they may have been charged.

The problem with life on The Truman Show, though, is that you don’t always know when someone is listening.  Most people these days own at least one “smart phone.”  And smart phones are susceptible to “snoopware.”

New snoopware can activate a microphone or cameraphone even if the device isn’t being used at the time. That means that the user at the other end can listen in on conversations and extract all types of personal and corporate information, or even activate a camera that can survey the activities of the owner. (Jeff Cox, “Beware of cellphone snoops” (May 23, 2007) CNN Money.)

Call me paranoid, but I constantly wonder how often — not whether, but how often — our government utilizes snoopware against us.  After all, if they’ll plant GPS tracking devices on people without warrants and our courts are okay with that, it’s just a small step from that to snoopware.  Judge Posner, in United States of America v. Garcia (2007) 474 F.3d 994, gave an argument that conceivably would distinguish between planting a GPS tracking device and planting snoopware.

But all we need to undo that argument is another set of legal opinions from another Bush Regime or a few more rulings like this one from the Court he left behind.  (Besides, as Richard Koman has noted, Posner’s argument doesn’t really hold water.)

The real question is this:  In virtually every case concerning what law enforcement can and cannot do without a warrant, at least since 1967, the standard for determining whether or not a warrant is required is whether there was “a reasonable expectation of privacy.”

How long before the argument from law enforcement goes like this:

Today’s technology allows for all human activities to be observable by almost anyone all the time.  Therefore, there is no reasonable expectation of privacy in anything a person does.  Everyone has to know there is a good possibility that their spouse, a stalker, a marketer collecting data, or just curious individuals are monitoring them at any given moment.  Therefore, when we monitor individuals for the public safety purposes, this is just one more monitor.  Any reasonable person would understand that a) this is not unique because someone else is likely already observing them and b) we are only doing it to protect the citizens.

After all, there are people who drive around attempting to observe you for various reasons and, with today’s technology, they often succeed in learning more about you than you ever thought possible.

Nevertheless, whenever I think about governmental intrusions being justified — as by the undeservedly reputable Judge Posner — on the basis of the need for “the reasonable expectation of privacy” to evolve with new technologies, I can’t help but remember the old saying:

Just because you can do something, doesn’t mean you should do it.

What say you?  I look forward to monitoring your comments using the form below.  😉