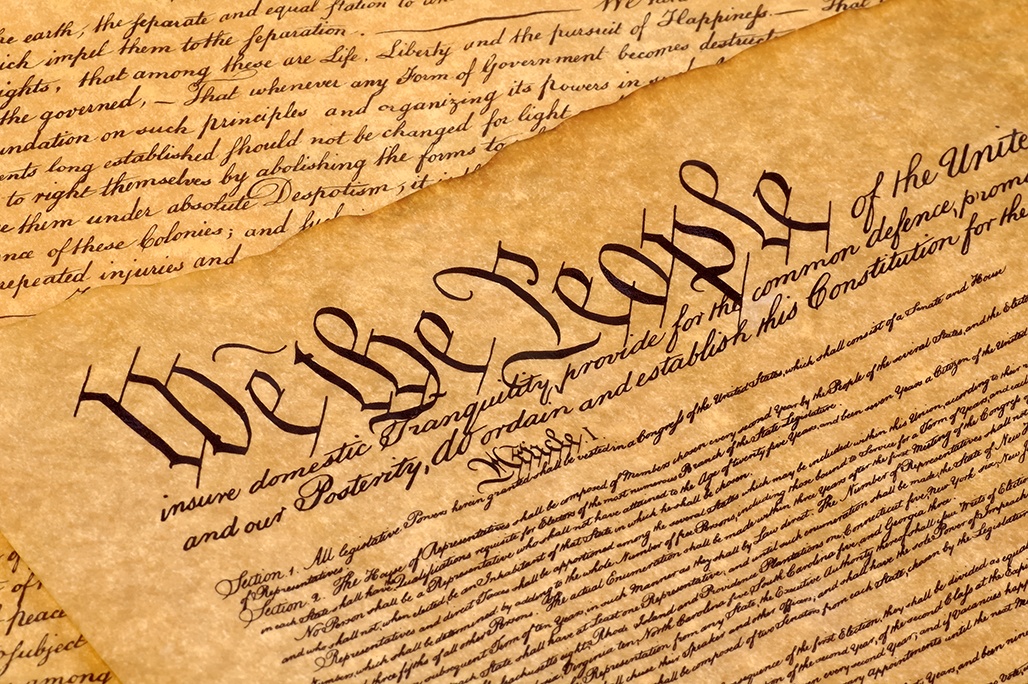 What Does Our Constitution Constitute?

This morning, I awoke in the middle of a speech — obviously, I mean “a dream of a speech.”

I was at a carnival — which I consider to be totally appropriate under the circumstances — and I was the speechmaker.

The speech itself was made in response to statements of people who were confused. They were talking about “rights” being “granted” to citizens “by the government.”

This, of course, is totally ass-backwards from how freedom-loving people — particularly those who established and built the United States of America — know things are supposed to operate. But it is such a pervasive misunderstanding today that even our United States Supreme Court believes it, even so-called “constitutional scholars” believe it, and even those who claim to be concerned about “the original intent” of the United States Constitution promote the idea.

Here’s a clue: “the original intent” of the United States Constitution was “to create a limited form of government,” one which had just enough power, granted to it and granted by the People, as to ensure our continued freedom, happiness, and safety, and not a bit more.

Let’s look at this a little more closely, because it bears directly on the question of “what does our Constitution constitute?”

When it comes to the establishment of the United States of America, the Constitution is arguably the first place to turn. I say “arguably,” because the Constitution itself does not give us much to go on in terms of the why; it is more concerned with the how, or perhaps the what.

Set of doctrines and practices that form the fundamental organizing principle of a political state.

The word “constitute,” of course, means “to set up, establish,” or “to give due or lawful form to” something.

We the People of the United States, in Order to form a more perfect Union, establish Justice, insure domestic Tranquility, provide for the common defence, promote the general Welfare, and secure the Blessings of Liberty to ourselves and our Posterity, do ordain and establish this Constitution for the United States of America.

There you have it. And as many of my friends like to say, “It’s all good, until somebody gets hurt.” Because unfortunately, these words are more than a little vague. What, after all, do they mean? What is a “more perfect Union”? What does it mean to “establish Justice”? What is “domestic Tranquility”? And how exactly do we “insure” it? Providing for our “common defence” seems rather straightforward, though in these days we can ponder — without even getting too terribly tied up in “politics” — as to whether our “common defence” requires attacking others before they attack us.

But the biggest bugaboos of all come from the phrase “promote the general Welfare.” For some reason, that phrase seems more often to have resulted in the suppression of individuals and groups than in providing financial or nutritional or health assistance to the poor amongst us. (Imagine the nation we might have become if “promot[ing] the general Welfare” had been interpreted to mean that we should focus on “welfare programs”!)

And so, unsurprisingly, we don’t get a lot of assistance from the Preamble in understanding what our Founders intended to “constitute” when they wrote and ratified the Constitution. As I said, while I may wish there were more to it, the spelling out of the reasons and rationale behind constituting the United States was not the point of the Constitution. A vague statement was good enough for government work.

If we want to know about things like “rights,” the best we can do with the Constitution is look at the rules which created the United States, and which spell out who has the Power to do things, and what things it is that Power allows them to do.

It may disturb, distress, or delight you to know that I’m not going to detail all of that in this blog post. There are a number of reasons, but the primary reason is that the title of this post — perhaps itself ambiguous in this regard — was intended by me in a more general way to tie in with the dream I mentioned at the beginning of this post. And there, you will remember, I said that I was making a speech wherein I responded to people who “were talking about ‘rights’ being ‘granted’ to citizens ‘by the government.'”

So the only real question, at least as far as this blog post is concerned, is “did our Constitution constitute a government whence we obtain all our rights?” Another way of putting it might be, “Are we without any rights, unless our government gives them to us?” Or maybe, “Is it the responsibility of the Constitution, or our government, to grant us rights?”

The answer to each of these questions has to be a resounding “no.” For the United States of America is our creation. Our rights, for that reason if no other (and there are plenty of others), were ours before the establishment of the United States. We already had them — to quote President Abraham Lincoln — before the nation was “conceived in Liberty.” In fact, we gave some of them up in order to allow the government enough Power to do the things we decided we wanted it to be able to do.

Those Powers were split up amongst the various so-called “branches” of government which we constituted with our Constitution. But if you read the Constitution, nowhere does it state that one of the Powers granted to the government was “the Power to grant Rights to citizens.”

Article I discusses, among other housekeeping items relating to Congress, what Power we gave to Congress — to our representatives, our agents. The Power to grant us Rights is not in there.

Article II discusses, among other housekeeping items relating to the Presidency, what Power we gave to the President — the elected administrator of our country, our nation. The Power to grant us Rights is not in there.

Article III discusses, among other housekeeping items relating to our federal Judiciary, what Power we gave to our Courts — the arbiters of disputes arising under our laws, in our nation. The Power to grant us Rights is not in there.

Article IV discusses the relationship of the various States that comprise the new nation conceived in Liberty to one another, and to the federal government, as well as how the different laws of the States impact citizens of the new Union. It mentions how new States may become part of the United States. It talks about territories, or other property of the United States, and which of the above-mentioned “branches” of government could exercise Power there. Yet the Power to grant us Rights is not in there.

Nor in Article V, which talks about how to change the Constitution. Nor in Article VI, which discusses debts, and contracts, and treaties, and specifically mentions that future laws of the United States must comply with — must be compatible with — the written Constitution of the United States. Nor in the final Article — Article VII — which explained what it would take to make the contract between the States and its citizens — that is, the Constitution — take effect.

Nowhere in the Constitution of the United States does it put forth the view that the government grants us rights.

Nor does the Constitution itself suggest that somehow the Constitution grants us rights. When some “new right” comes along, it’s not because our government, or the Constitution, “granted” us that right. It’s because the ability to exercise such a right, like driving a car, or flying a plane, did not exist because cars, or airplanes, did not exist. Or we notice what we think of as a “new right” — maybe because our social customs have changed — because there are men who want to marry other men, and women who want to marry other women, and it has now become safer for them to “go public” about their desires, and attempt to exercise rights which were always theirs even if the rest of us did not want to accept, or recognize, or maybe even illicitly tried to abrogate, those rights.

Our Constitution did not constitute these “new rights” and “grant” them to anyone. It did not because neither the government nor the Constitution ever owned the Power to withhold these rights in the first place. These are rights which were always the rights of anyone who could exercise them. And the fact that technology had not evolved to a point to allow their exercise, or the people who held these rights were too cowed to attempt to exercise them because our social customs and mores made them too afraid to do so, does not change that.

Our judicial system — including the Supreme Court of the United States of America (which Court was, like the United States itself, constituted by the Constitution) — does not grant rights. To the extent that our Supreme Court has anything to do with rights, consistent with its charter, it recognizes that we have certain rights, and explains why those rights may or may not be regulated by the various branches of government.

The unfortunate truth of the matter is that we have all — we citizens, our representatives in government, our President, our judiciary — we have all forgotten that it was limited and enumerated Powers which we, the People, granted to the government, when we constituted it by spelling out those Powers in our Constitution.

Of our rights, the Constitution has nothing to say.