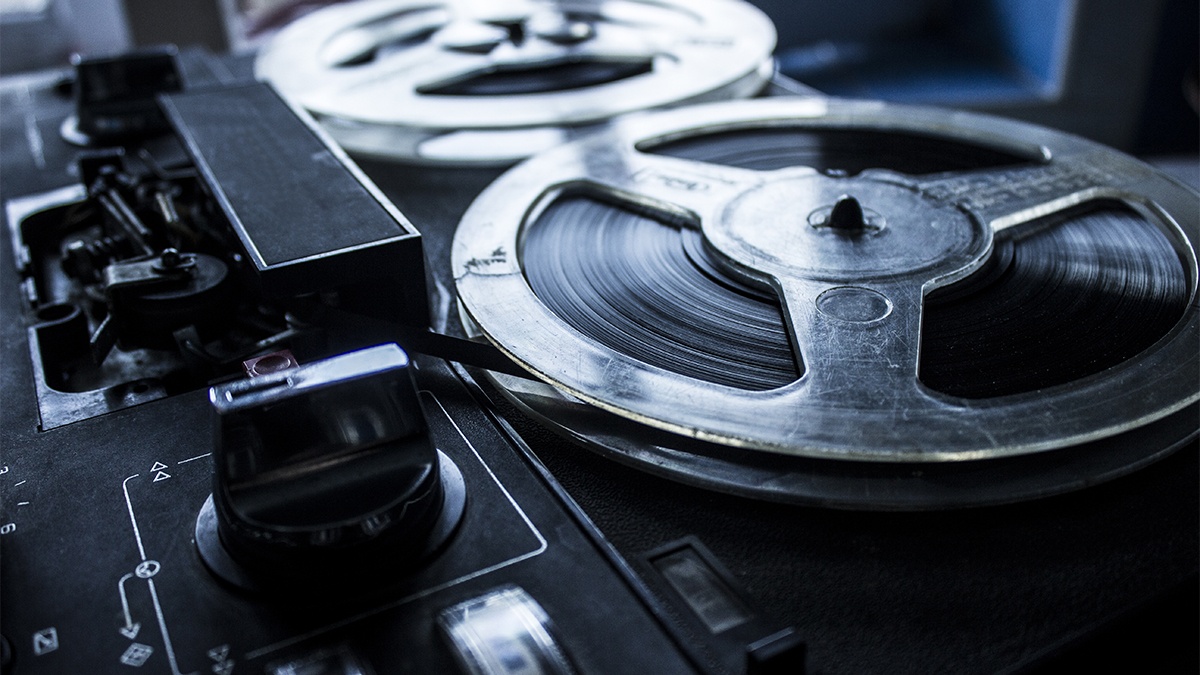 This post about a news report of a “lost recording” constitutes the inauguration of a new type of post here: Short Snippets.

Some things are just too focused and obvious to require a 2,500 word blog post.

This horrifying headline starts us off: “Murder Case with Dueling Transcripts Rejected by Supreme Court.”

As every lawyer knows, dueling transcripts are worse than dueling banjos.

For those who don’t want to go read the story, this is it:

Some guy was on trial for his life, accused of murder. It was a death penalty case. He was convicted.

On appeal, the transcript showed that the judge incorrectly instructed the jury. The error was deemed so serious that the conviction was reversed.

So the lower court — the court that was reversed for giving a bad instruction — had the tape re-transcribed.

But then the United States Supreme Court wanted to review the recording themselves. Ruh-roh!

Ruh-roh, indeed! Can you say “appearance of impropriety”?

Imagine a criminal defendant had some evidence, based on some other, more accurate and original, piece of evidence. Then something like what happened to Tawuan Townes, which is the name of the accused in the case at point here, happens.

The criminal defense lawyer, or an accused person — not the court — makes this argument:

No, the first transcript of what I said, which goes against me, is wrong. Here’s another transcript that makes me look good. The recording? Oh, I’m sorry. It’s been lost.

— Defense attorney, or accused, in our hypothetical case

Unless you’re a judge, cop, or prosecutor, I doubt that’s going to work out well for you.

The Spoliation of Evidence Rule

In most such situations, we might hope for a “spoliation of evidence” rule that kicks in to the detriment of the one who “lost” the evidence, like this recording. Or at least lends a little favor to the accused who didn’t.

That happens sometimes. For example, in a case involving spoliation of ESI — electronically-stored information — and the Federal Trade Commission, a defendant named “Dluca” deliberately destroyed dispatches from his Gmail account.

The court found that Dluca violated the preliminary injunction by deleting his emails and that the FTC was prejudiced as a result. Therefore, the court sanctioned Dluca by (1) permitting the introduction of a rebuttable adverse inference at trial or in connection with a summary judgment motion “that the deleted emails would have supported the factual allegations of the Complaint … [and] that the deleted emails would tend to negate the factual allegations underlying [Dluca’s] purported ‘Affirmative Defenses’”; (2) barring Dluca from “introducing any evidence of the contents of the deleted emails”; and (3) striking Dluca’s “Good Faith” and “Mootness” affirmative defenses.

And, while I don’t (yet, anyway) do civil law cases, it’s my understanding that spoliation of evidence can lead to a similar result in them.

But, generally speaking, from the cases I reviewed (mostly California & the U.S. Supreme Court), whenever the government is involved in some way, spoliation of evidence usually protects the people and goals of the government, and not of any party opposing the government.

An interesting exception was a 5-4 decision of the United States Supreme Court, Yates v. United States, 574 U.S. 528 (2015), involving a guy who dumped some fish the feds wanted to use to prosecute him. Ironically, as you’ll see in a minute, it also hinged on the lack of any recording.

Other than Yates, most of the cases I found resulted in no sanctions for the spoliating party, particularly if the spoliation was done by police, or other government agents.

The Rule of Lenity

The rule of lenity is a rule of criminal statutory interpretation that says when a law is unclear, or ambiguous, the court interprets it in a way that is most favorable to the person accused under that law.

In the Yates case, mentioned above, a piece of the decision depended on the rule of lenity.

The accused person’s very good lawyers argued that “tangible object” here had to be limited because it was mentioned in a statute about destroying records and documents. So a thing only counted — for purposes involving that statute — as a tangible object if it were used to record or document things.

Although some fish do that, most fish do not.

The Yates Court decided, though, that the lack of a recording capability in the fish at issue required the invocation of the rule of lenity. John Yates, like the fish he threw back into the ocean, was free. (Although Yates survived his ordeal, I do not know whether any of the fish did.)

Things didn’t work out quite so well for Tawuan Townes. Maybe he was the wrong-color fish. In any event, the Supreme Court refused to take up his case, because, well, dueling transcripts. And though Sotomayor agreed with the court in denying relief, she managed to show little concern over the appearance of impropriety:

The justice lamented that the absence of the recording makes it impossible to know what actually happened at trial.

Lamentable. I can see her crying. I mean it’s not like there’s anything fishy going on here. The original court reporter transcribed “may,” and the second one — the one who fixed things, whose record is now deemed to be the official version — heard “must.”

It’s easy to see the mistake here. I mean, the two words sound so very much alike, what with the one ending in a sound like the long “a,” and the other having a short “u” sound followed by the “st.” And, after all, what with our coda “t” undergoing debuccalization, so that “must” now sounds more like “muss,” it’s easy to see how it became confused with “mAY.” It’s that Alabama accent.

So, as far as the lower court’s maybe-muff on the jury instruction, we must give that a pass because the recording which would clear things up has gone poof.

For the courts, all’s well that ends.

Like most of the fish who ran into John Yates, it looks like he won’t do so well.