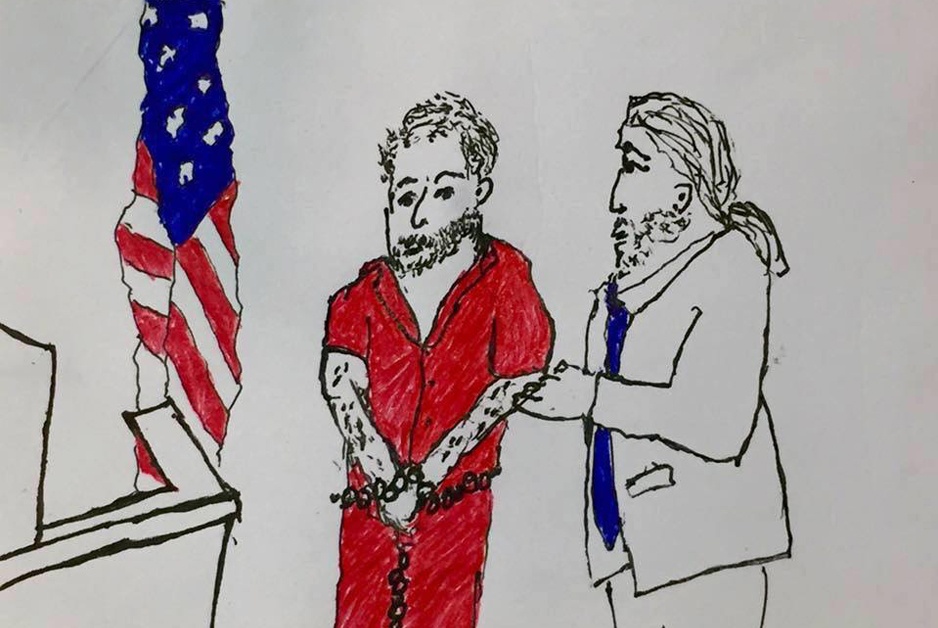 As usual lately, reading this post on Scott Greenfield’s blog provokes me to a post of my own.  Sure, I could just leave a really long comment over on his blog, but lately I hardly get enough time to write, so aside from not wanting to leave an over-long comment, I wouldn’t get a post up on my blog if I didn’t “respond” here. This post is already going to pre-empt another I was working on regarding the (really high) number of police misconduct stories in the newspaper the other day.

Also, this is kind of a follow-up to my last post.  Besides, some of what I’m responding to isn’t the post, as much as comments that followed it, including many which I read on Twitter.

While non-lawyers can have a grand time playing the game of pigeonholing criminal cases as good and evil, that’s because they are just kibitzing.  Their “opinions” are of no consequence, as they are neither advocate nor judge.  But when a lawyer charged with a representing an individual accused of a crime plays this game, it’s dangerous.  The need to find some way to rationalize his representation in terms of his personal vision of justice puts his client at risk.  We don’t have the right to risk our clients on the altar of our personal beliefs.

I don’t know that non-lawyers view what they’re doing as any sort of game — and likely as not, Scott doesn’t actually mean it that way, either — but Scott’s point is exactly what I targeted in my previous post when I wrote this:

I personally think it plays no small part in helping those bottom-feeders contract attorneys I’ve seen who handle their cases in assembly-line fashion.  After all, if your clients are guilty, what difference does it make if you line them up outside the courtroom, explain certain things about their rights to them en masse in legal terms they may or may not understand, taking no questions, and then turn to each one individually — not even separating them from the group for privacy! — and tell them the “deal” you got for them, then hand them a form to read and sign?  Hell, if they didn’t want a defense attorney like you, they shouldn’t be out committing crimes, right?

Contrary to comments left by some on Scott’s blog, this is not “morally complicated.”  The Model Rules of Professional Conduct of the American Bar Association make things pretty clear, as do the ethical rules and statutes of numerous jurisdictions.

One of the things that has been “debated” around this issue lately amongst those with whom I’ve been talking is that attorneys should perhaps refuse to defend certain people; i.e., people accused of having committed certain types of crimes.  And this is related to the commonly-phrased question: “How can you defend those people?” where “those people” are either accused persons in general, or persons accused of certain types of crimes.

(c) To counsel or maintain those actions, proceedings, or defenses only as appear to him or her legal or just, except the defense of a person charged with a public offense.  (Emphasis added.)

And, furthermore, an attorney is:

(h) Never to reject, for any consideration personal to himself or herself, the cause of the defenseless or the oppressed.

Nothing morally complicated about that.

So how can I defend “those people”?  Because it’s my job.

I’m proud to do my job for reasons I’ve written about in the prior article and in the other articles referenced there.  But to reiterate, if I and other criminal defense attorneys don’t do our jobs, there is no justice system in America in which any of us should have any faith!

No system of “justice” is perfect.  But the rules — including rules of court, statutes, case law, and so on — that have been developed through centuries of experience have taught us that when certain things happen, we get closer to the ideal than when those things do not happen.  And paramount amongst those things is putting the accusers to the test.

This is what criminal defense attorneys do.

Criminal defense attorneys are indispensable to a system of justice.  Frequently, we are thought of as somehow scummy, or at least less worthy of respect than prosecutors, because “we defend guilty people.”  We don’t, though.  We defend accused people.

It may very well be that some of the accused people we defend have committed the crimes of which they’ve been accused.  But until the belief that this is true has survived the crucible of adversarial testing, it is not right to say that anyone “knows” this.

Have you ever had the experience of hearing a particular story, a report about something that supposedly happened, of being told that this or that thing “means X,” only to find that when you looked at the situation more closely, it wasn’t as it appeared?  If you have, then you can hopefully begin to understand why we don’t just lock people up after the police arrest them.  No matter how “guilty” they appear from the news story — a news story fed by the police, by the way — our system requires a closer look.  To have any confidence that we “know” an accused person is guilty of the crime(s) of which they’ve  been accused, we may have to have a trial.

Some of the attorneys (and non-attorneys) kicking this around the last few days have suggested that there’s no point in hashing it out.  We should let those who don’t understand wander on in their ignorance, I guess, and just go about our jobs.  As one attorney put it:

[W]hy engage [an attorney who got it wrong]?  He’s just wrong. Its like a doctor posting that “first, do no harm,” is optional.

But there is a reason to engage these attorneys, particularly when they make these statements publicly.  The reason is that, unfortunately, too many people do not understand the importance of — as the United States Supreme Court called it, back when they cared about such things — forcing the prosecution’s case to survive the crucible of adversarial testing.  (United States v. Cronic (1984) 466 U.S. 648, 656 [104 S.Ct. 2039, 80 L.Ed.2d 657].)

For these people, if the cops arrested someone and told us, via our newspapers, that these people did such and such a thing, then that’s it.  Game over.  These people should be locked up.  Anyone suggesting otherwise is a bleeding heart liberal, a drain on society, a pain in the ass who should probably go to jail, too.

Some variation on this view permeates our society these days.  It may not be as baldly stated as I just put it, but it’s there.  Sometimes an honest, if sadly unthinking, potential juror will state, “He [the accused person] must have done something or he wouldn’t be here.”  Sometimes, it’s a more subtle “I’ll wait until I hear his [the accused person’s] side of the story.”  (Our system of law does not require this.  Indeed, as I’ve explained in the prior linked posts mentioned above, sometimes there is no such “side of the story,” the accusations are just blatantly false even if no defense is put on at all — sometimes so much so that it’s clear even without the need for any defense argument, let alone evidence.)

But sometimes it’s even more subtle than this.  Sometimes it’s an inchoate suspicion on the part of the juror which causes them to give the  benefit of the doubt not to the accused person — as our law requires — but to the prosecution, who should not receive it.

This thing about those who don’t get it being like doctors who ignorantly say that “first, do no harm” is optional is misleading.  On the one hand, what I’m discussing is, indeed, so basic a rule — and developed out of centuries of experience — that every defense attorney, at the very least, should “get it.”  On the other hand, there is one very, very big difference.

First of all, doctors are actually taught the Hippocratic Oath.  It’s not just something that exists in the literature and we hope they pick it up; we hope they “get it.”  They have instructors who explain the concept and they go through long residencies in which they are guided as they encounter the various ways this can play out.  But as the post that started Scott and the rest of us down the path of this discussion proves, would-be criminal defense attorneys are not always taught the fundamentals of their jobs.  And we don’t really have anything like a “residency” requirement.

Secondly, it’s not like while the doctor is trying to do her job, someone is standing there fighting her each step of the way.  (HMOs don’t count.  They aren’t advocating against the doctor; they’re advocating against spending money.)  Doctors don’t have to worry about someone deliberately hiding lab work, or presenting it to them only at the last possible moment, precluding them from adequately investigating further.

But when criminal defense attorneys try to do their jobs, they are not only fighting against another trained gladiator (United States v. Cronic, supra, 466 U.S. at 656), that trained gladiator is usually hiding discovery and frequently playing off the inculcated prejudices of the fact-finders.  In other words, the prosecutor  is not necessarily just trying to present a case, not simply trying to demonstrate that the accused person is actually guilty; sometimes the prosecutor is trying to get the fact-finder to forget to do their jobs.

When criminal defense attorneys don’t “get” what their jobs are, they may be less vigorous in defending against these moves, particularly if they think (rightly or wrongly) that they are defending a guilty person.

And when ordinary citizens do not understand the jobs of defense attorneys — and most of them do not understand, as evidenced by the kinds of questions they typically ask — it’s not just that our job is that much harder.

Just as when defense attorneys don’t do their jobs, when ordinary citizens do not understand the job of the defense attorney, our justice system is that much less effective.

This is why, in my opinion, no matter how many times it’s been done before, part of the job of a criminal defense attorney is to explain what we do.  This is why we must, as often as possible, engage those who don’t “get it.”  Particularly if they are, or intend to be, defense attorneys.