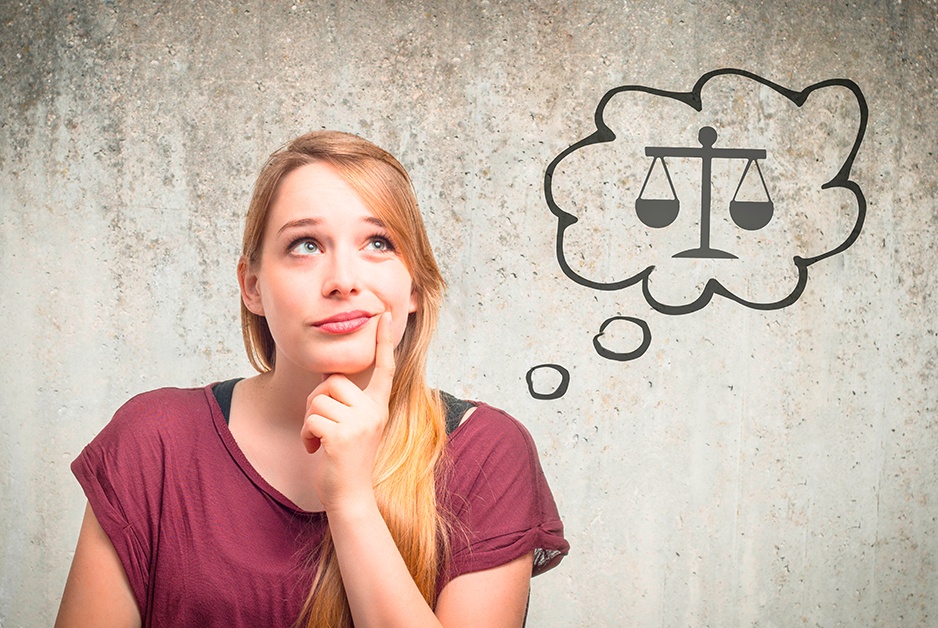 One of my favorite blogs — indeed perhaps one of the only two I consider “must-read” blogs — is Gamso for the Defense, even though whenever I read it, it makes me feel a little like a loser driven by a gnat’s brain.

Don’t get me wrong, I don’t think I am a loser driven by a gnat’s brain, and I don’t know more than one other person who knows me — maybe two now, after my recent conversion of Jaguar Bennett 😉 — who thinks that of me.

But anyone who reads Jeff Gamso will, no doubt, forgive me for feeling the way I do.

At any rate, a post I have read several times over the last couple of days brings me back to an idea that has troubled me for as long as I’ve been exposed to the criminal justice system — so at least since law school. It’s something I think about pretty much every day of my life, even if only for a few minutes each day; not a day goes by that I don’t think of it.

And that is the question of judicially-created differing standards for prosecutors and defendants in criminal cases, along with the most significant way in which it presents: when evidence matters.

Let me tell you how and why this first came to my mind, long before I knew anything about amazing advocates like Jeff Gamso. (Yes, I probably would at least hug him, if I ever were privileged to meet him.)

When I was in law school, I found that I had a really difficult time understanding the legal standards for phrases such as “probable cause,” “reasonable suspicion,” “preponderance of the evidence,” “reasonable doubt,” and — almost every juror in the world would probably join me in this one — “beyond a reasonable doubt.” Actually, it wasn’t just the legal standards I had problems with: I couldn’t even come up with a good definition.

Now, mind you, notwithstanding the comparison I made at the beginning of this article between my brain and Jeff Gamso’s brain, I’ve always been fairly certain about one thing, if nothing else, and that is that I’m pretty good at figuring things out. In every job I’ve ever held, I’ve been “a problem solver.” And — if you’ll forgive the vanity in my making such a statement for a moment — I think I’ve always been considered by others to be the “go-to guy” when they had a problem that needed solving.

I’m not saying I’ve always known the answers. Quite the contrary. Often, when someone brings me a problem, I don’t have an immediate answer. But I always seem to find a way to an answer. (At least partly because not knowing the answer drives me crazy, and I often can’t even sleep if there’s something I’m working on for which I haven’t found the answer yet.)

Of all the areas I’ve studied, and all the types of problems I’ve enjoyed working on — other than technology issues — probably none have attracted me more than language issues. Even when I studied cognitive science as an undergraduate, I was more focused on thoughts, and how we formulate them (which, to my way of thinking, involves language), and how we communicate them.

I’ve learned at least five languages well enough to be understood by, and to understand, native speakers. (Granted, because of lack of use, I’ve forgotten probably all of them except Spanish and some languages that allow communication with hearing-impaired individuals. But I’m quick at learning languages.) While pursing my degree in philosophy, I took quite a few linguistics courses, to feed my fascination for how people figure out how to communicate ideas to one another. Some of it got pretty technical.

So why, I wondered, did I have so much trouble figuring out the meanings of these legal phrases?

And then one day I figured it out.

It isn’t me; it’s our warped legal system. You see, none of those phrases has a single, static, constant, consistent — throw in any such adjective you wish — meaning for you to latch onto and know that you understand how the phrase is being used. At a minimum, you have to know whether the phrase is being used in the context of talking about a prosecution, or a defense to a prosecution. Those aren’t the only two factors, but they are the most important.

Notice that I did not say “beyond a reasonable doubt.” That’s just another phrase which changes meaning depending upon whether it is being applied to the prosecution, or the defense. It is equally as liquid as “preponderance.”

These observations, I realized, are why the United States Supreme Court Justice Potter Stewart, in a 1964 concurring opinion, famously said,

I shall not today attempt further to define the kinds of material I understand to be embraced within that shorthand description; and perhaps I could never succeed in intelligibly doing so. But I know it when I see it….

And nothing is more obscene than the way our so-called “justice” system has evolved to embrace the disparate application of law to prosecutions, versus how the same laws apply to the defense against prosecutions. When you take definition number three from Merriam-Webster’s, it becomes quite easy to recognize that what the hardcore conservative right has done with our “justice” system is to transform it into hard-core pornography.

Which brings us back to Jeff Gamso’s article, “The Butt Stops Here.”

From what I read, the case he’s discussing involves a man, Tyrone Noling, convicted for murder. There’s a piece of evidence in the case, a cigarette butt found in the driveway of the house where the murder was committed. The evidence was previously tested for DNA, and found not to match the convicted murderer.

No biggee. It doesn’t mean he’s not the murderer. It just means that wasn’t his cigarette; that he never touched it. Right?

The thing is, that the three witnesses whose testimony was used to convict him, well, they’ve all since recanted. In other words, they lied to help get him convicted. As Jeff Gamso notes,

There’s another witness, though.  Nathan Chesley.  The prosecutors  spent over a decade hiding Chesley, but he told them back in 1990 that Daniel Wilson (since executed by the state of Ohio) was the actual killer. He knew Wilson, said it’s the sort of thing Wilson would have done, and says that Wilson actually confessed to him.

The defense now wants to have the cigarette butt tested to compare with Daniel Wilson’s DNA. The prosecution doesn’t want that to happen. Gamso, again:

[T]he prosecutors say, Noling’s just trying to stall, to drag out the time before he gets killed.  While we, the good prosecutors of Portage County just want to get on with it.  And to make sure that he can’t stop the execution for a month or two while the DNA testing is done, we’ll spend years fighting to make sure it isn’t.

Jeff Gamso’s article includes an embedded video of oral argument before the Supreme Court of the State of Ohio. It’s the oral argument which will ultimately decide whether, or not, the cigarette butt is tested, with the DNA to be compared with Daniel Wilson’s DNA.

In the video, the defense attorney makes the mistake of repeatedly trying to talk about the law.

But it doesn’t take long for the “Justices” to cut to the chase:

Let’s jump down to what this all means…. You would like retesting…of this cigarette. Is that right?

From there, you can watch one “Justice” after another essentially state that they don’t see how allowing the testing will help the defense. After all, they say, it will only show that the DNA of a person who a witness says is the real murderer was present at the scene and left a cigarette butt in the driveway. It won’t show that the person convicted of the crime and sitting on death row, whose DNA has already been proven not to match the cigarette butt, did not actually commit the murder.

And based on the way the questions are being phrased in the video, the “Justices” seriously cannot understand how this would count as any kind of evidence in the case one way or another. The witness says this guy, Daniel Wilson, killed the couple. The cigarette does not contain Noling’s DNA, but might contain Wilson’s DNA. But the cigarette is in the driveway! What could that possibly mean? How could that possibly help Noling’s defense?

Of course, if the cigarette butt had tested positive for Noling’s DNA, it would have been considered very strong evidence that Noling was the killer. But it’s no evidence at all that someone else might be the killer.

Because DNA showing that someone believed to be a murderer was present outside the house — not just any house, but the actual house where the murdered people were murdered — would count as evidence except where, as here, it potentially supports the defense.

Because you’ve got to remember the cardinal rule of America’s criminal “justice” system: Evidence only matters when it supports the prosecution.