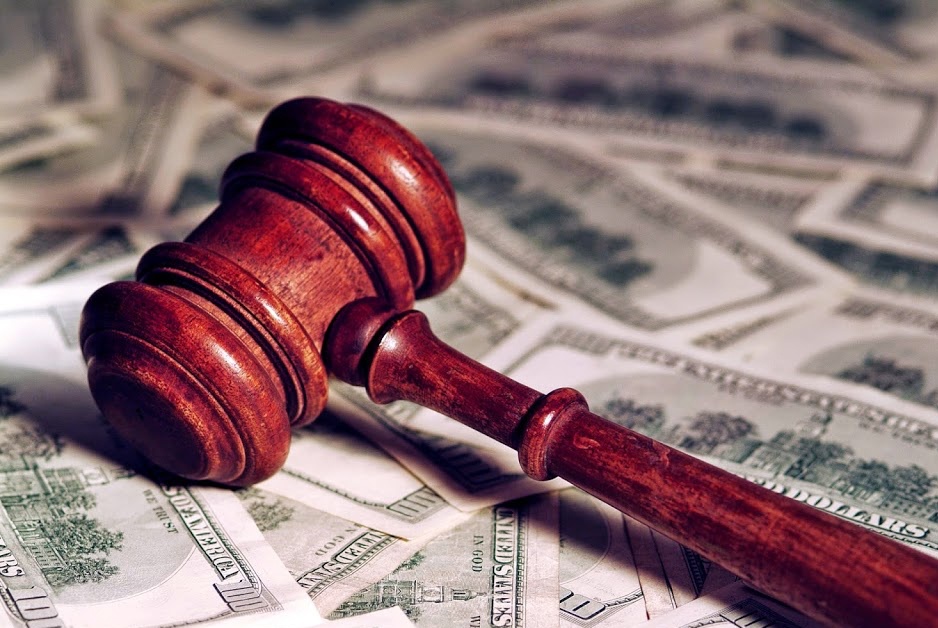 When Half a Loaf is (Not) Better Than None

Sometime in the last few days, I ran across a story about a court-appointed attorney “strike” that failed. I don’t remember exactly where I read it, but Scott Greenfield picked up the ball with a post referencing the story at the Morning Sentinel of Waterville, Maine.

Court-appointed attorneys in Maine have been paid $50 an hour for the past 15 years, and while they are set to get a $5 raise starting July 1, the “striking” attorneys said the raise was insulting compared to the $333 an hour the state pays private attorneys to defend Centers for Disease Control officials in an ongoing whistleblower lawsuit.

Imagine that. Fifty dollars per hour. Fifteen years ago, that might have been a decent fee. I don’t know; I wasn’t practicing law in Maine (or anywhere else) fifteen years ago. Today, you could not hire a private investigator where I live for that amount.

And they don’t have law school loans to pay back.

The “strike” failed because the State was able to find other attorneys who were willing to take the cases. As Scott noted:

They weren’t broken by the government. They were broken by their own.  Granted, it’s not like they had to make a lot of calls to do it, as there appears to have only been a grand total of two sex assault cases in Franklin County, which is why the plan may have been less than well-conceived, but still.

For fifty dollars an hour.

A comment left on Scott’s blog is what caused me to write this post. From David Woycechowsky:

Imagine that an average person’s body burns around 2,000 calories per day — if you don’t get any exercise.

Suddenly, that half loaf is not better than no loaf at all. It just means that you’ll starve to death slowly, painfully, struggling all the way.

But let’s be a little more realistic about what this means in terms of being a criminal defense attorney.

Turns out, the analogy to calories consumed and burned actually fits our discussion pretty well.

Scott hinted at the problem with this:

Before anyone complains that they would be thrilled to make $50 an hour compared to whatever wage they’re getting at the Dairy Queen, bear in mind this is the amount that not only goes toward the food bill, but the cost of running a law practice, from rent and phones to the paper your suppression motions are written on. Subtract the costs and the $50 an hour means a net profit of $0.37. Not as sweet as you thought.

But perhaps you’ll understand better if we flesh this out a little bit.

Rent for my office is approximately $1,100 per month. I have a smallish office, as it’s just me, my office manager, my files, books, and other items that I need to practice law. (Okay, I admit: I have a treadmill in my office, and a shower tucked away behind my bookcases as well. Neither gets much use, primarily because I’m busy practicing law, and the water pressure in the shower sucks.) When I don’t eat downstairs with another lawyer friend or two, I eat at my desk. So I also have one of those little refrigerators that I keep stocked mostly with sodas and sandwich makings.

I have one employee, which I’ve found is an absolute necessity if I actually want to get any work done. She helps coordinate my calendar, takes calls from potential clients, do some minimal preliminary screening, and schedule them for interviews with me. She can handle smaller issues for existing clients (such as when their next court date is, as they keep forgetting, or losing notes, and call; coordinating meetings with investigators). She can keep courts informed of where I am. She can go around and pick up discovery — because you know when I have discovery for a prosecutor, we have to take it to them, and when they have discovery for us, we have to go get it. Because, “the Man,” you know — by which I mean the government, of course — don’t do no menial stuff like that.

I won’t say exactly what I pay her, but she “costs” me tens of thousands of dollars per year. Plus, of course, her office space, and whatever else is needed for her to function, like new files, numbered-and-lettered stickers for our tracking system, paper, a computer, etc.

Then we have phones, of course, which includes not only office landlines, but also cell phones. (Those cost money, too!) There are my websites, my computer (a laptop, so I can move around with it), and the people to help maintain that stuff. I save a little by building and maintaining my own websites, but I still have to have a hosting company, and there’s tech support for my office, which I can no longer afford to do myself because a) I’m busy being a lawyer, and b) I don’t have time to keep up with the technology because of “a.” Don’t forget about upgrades! Server software ain’t cheap, even though we make the server double as the office manager’s desktop computer. And if something dies, it has to be replaced.

Which reminds me: insurance. For awhile, I carried insurance on my computers and other gadgets. I stopped those because they break down infrequently enough that it’s usually cheaper to just replace them. Still, there’s insurance in case someone falls down in my office. There’s insurance in case of things like fire, flood, or other disaster. Benefits — in the form of insurance — for my office manager. And unlike many criminal defense lawyers, I carry malpractice insurance — even though the likelihood of anyone successfully suing a criminal defense lawyer for malpractice runs somewhere between zero, and zero-point-zero.

Especially me. Because I keep up on the law as best I can. I have subscription to online services, like Lexis — another $130 per month for the basic criminal package, and CEB — on which more below. I belong to several professional organizations, like the California Attorneys for Criminal Justice, and the California DUI Lawyers Association (even though I normally won’t handle a DUI, and refer it out to Terry Wapner instead, because he’s one of the best DUI attorneys I know), and the California Public Defenders Association (even though I’m not, and never have been, a public defender). These organizations, which aren’t the only ones to which I belong, have dues.

Those organizations, and others, also do ongoing training of lawyers, and I go several times per year to various classes that range anywhere from one-to-four days in length. In July, I’ll attend a Scientific Evidence seminar in Berkeley. I normally also attend various seminars on the defense of sex crimes, gang cases, and the biggee for me: the Capital Case Defense Seminar, known colloquially as “the Death Penalty seminar,” co-sponsored by both the California Attorneys for Criminal Justice, and the California Public Defenders Association, which I have attended every year but one since I was in my second year of law school.

Not only do those seminars cost a lot of money, but you have hotels, meals, transportation, and other costs surrounding them (books, for example). On average, I think the Capital Case Defense Seminar ends up costing me around $1,000 just for the hotel each year. It can run even more, if I forget to register early enough to get the special rate for members of CACJ/CPDA.

These seminars, as well as bookshelves of books, are a necessity to practice criminal defense the way I do it.

And the bookshelves. Oy!

Friday, just a couple hours before I left to go home — I almost said “quitting time,” but that really doesn’t factor when you’re in private practice as a criminal defense solo practitioner — the UPS guy came with a package. What’s this? They’ve updated what we call “the tan bible,” the California Criminal Law Practice and Procedure, for 2014.

If you followed the link, you see that it’s an annual publication, which costs me just over $300 after tax and shipping. I already subscribe to it through CEB’s — the Continuing Education of the Bar — online Criminal Law Library, which runs around $729 per year, to start (i.e., without adding any additional titles).

And the tan bible is one book on bookshelves that run floor-nearly-to-ceiling for a length of around 10-12 feet.

The shelves are nearly full. They contain, among other things, a skinny little volume on preliminary examinations, which is approximately 10 by 6 by a half of an inch thick. I’m not sure how many pages (I’m not at my office to look), but I’ve seen children’s storybooks that were thicker. Buying it from Lexis will set you back around $200 after shipping and handling, or you can get the eBook version for exactly the same price as the paper version. Another Lexis offering I also maintain is The Prosecution and Defense of Sex Crimes, which runs around $665 for the paper (which I use) or $605 for the eBook (which I don’t have because of the added expense). That doesn’t even get into the multi-volume sets, such as California Criminal Law, or California Evidence, from the Witkin Library (West Publications). These are cheap, running around $1,000 and $500, respectively.

As you can perhaps see, when it comes to books, there’s no real correlation between the size of the book and its cost. However, all prices seem to be computed based on the idea that attorneys make more than $50 per hour.

You can imagine for yourself the incidentals I didn’t discuss above — gasoline to drive to the various courts, suits (because courts don’t look kindly on lawyers who show up in biker’s attire, or gardening clothes, or even blue jeans), ink pens, staples and staplers, furniture, and so on.

The above provides a hint of the amount of “bread” I consume. But you can’t buy that many loaves of bread for $50 per hour.

So ask yourself this: What kind of energy — what kind of a defense — are you going to get out of an attorney who can survive on the legal nourishment he can afford when he charges the equivalent of $50 per hour? I have heard of one attorney who advertises locally that he will handle cases — the kind of cases that can really fuck up your life — for as low as $695. A potential client came to me once with a letter she got from him promising to handle a felony case for $895. As a flat fee for handling the entire case. I’ve never seen him at a seminar. I suspect he can read, since he graduated law school. But does he? What kind of defense does he put on? Or does he just show up in court, offer to plead you out to whatever the offer du jour is, and that’s that?

Eight-hundred-and-ninety-five dollars doesn’t buy a lot of the kind of bread you need to function well as a criminal defense attorney. But you don’t have to consume a lot of bread if all you’re going to do is sit on your ass all day. Maybe get some schmuck to show up in court for you on the cheap. But if you’re going to put in some work, that’s going to take a bit more.

Which attorney do you want handling your case? The guy who somehow gets by on half a loaf? Or the attorneys — like me — who might cost a little more, but are able to use that money to keep themselves properly nourished, and ready to fight your case like it was their own?

No, I’m sorry. I’ve seen those attorneys who try to live on $50 per hour. I’ve watched them fumble about in court. I’ve listened to arguments so inane my dog could probably put on a better defense.

Sometimes, half a loaf is definitely not better than none.