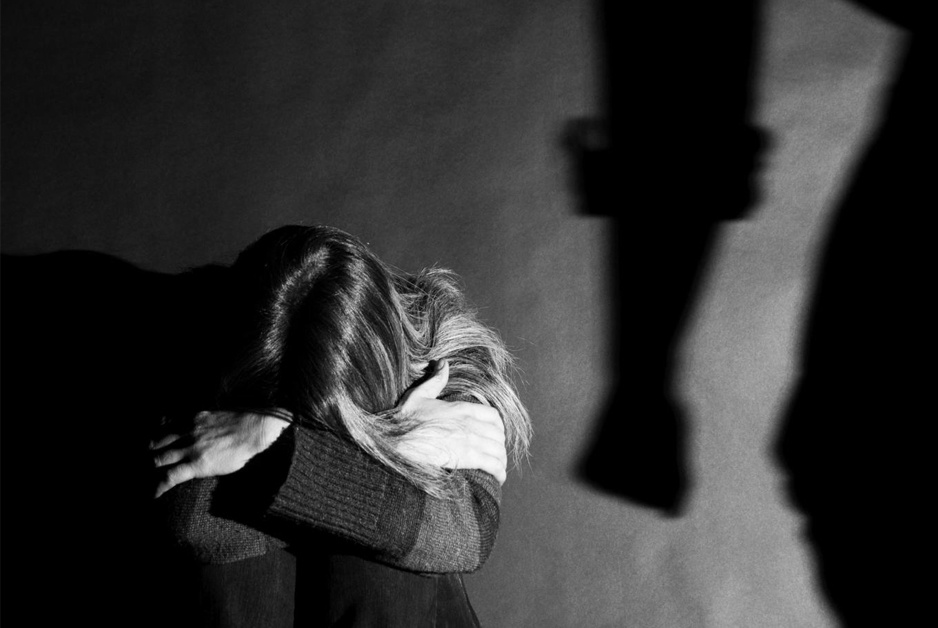 When the State Batters Women

More than once recently, I’ve had reason to be involved in discussions regarding “victims” who do not wish to testify against their alleged abusers in domestic violence cases. Most of these “victims” are women, though not all are. In some cases, I’m defending the alleged abuser; in others, I’m providing legal advice to the “victim” who wishes not to testify; in still others, it’s a more philosophical exercise — arguing the issue with ignoramuses on the Internet.

When working the cases, the hardest part is not that one human being might be abusing another and then is essentially being allowed to escape punishment because the “victim” won’t testify. Not at all.

No, the hardest part is watching the State of California, through the prosecutor, the judge — or all too often, both — batter the “uncooperative victim.”

Before those of you who see no irony in making it illegal to abuse women, except when you’re the one wielding the weapon, jump down my throat, let’s stop and actually think about this first.

In fact, let’s go a step farther. For purposes of this discussion, let’s actually assume the State got it one-hundred-percent right. Let’s assume the accused person actually did that for which he — or she, because I have had cases where the alleged abuser was female — is charged. All of it.

But the victim — and now we’ll remove the quotes, because we’re pretending the accused person is actually guilty, even though we haven’t had a trial — doesn’t want to testify.

This is a problem.

Actually, there are many problems here. Obviously, as I said near the beginning of this article, there is the problem that one human being is abusing another. (Remember, we decided for the sake of this discussion to assume the person really did what he or she was accused of doing.) This is a problem which, as sad as it may sound, is not for a defense attorney to deal with during the pendency of the case. To make it even sadder, this is a problem with which an impartial judge, following both the spirit and the dictates of the law, should not be concerned during the pendency of the case, either. In our adversarial system, only the prosecutor comes close to having a responsibility for dealing with this societal problem. It is the prosecutor’s job to attempt first to prove that a wrongdoing has occurred; that is, to seek conviction. Then to seek the appropriate punishment of the individual who committed the crime.

Let me repeat that last part: “to seek the appropriate punishment of the individual who committed the crime.”

Too often, however, in our modern system of law — we cannot say “in our modern system of justice,” because we no longer give a damn about “justice,” if we ever did — these things are forgotten. The primary reason for this, of course, is the judge. It is because judges no longer care about the real aims of the “justice” system that the system itself no longer exists. Judges have largely forgotten that their jobs are to be impartial and to ensure that the process through which the case is tried is fair and comports with “justice.” This is why so many innocent people go to jail these days. Through the failure of the judges, the system has become unbalanced. Through the failure of the judges, the justice system has ceased to exist.

But I digress. And we agreed to assume the accused people we are talking about here, for the sake of this discussion only, are guilty.

So we can also pretend, for the moment, that the judge is irrelevant. Almost. As Shakespeare said in melodramas of old, “We shall return to that anon.”

And so we are back to what I said above, before the digression: The prosecutor is “to seek the appropriate punishment of the individual who committed the crime.”

What happens all too often in these cases, however, is that the person who was beaten, usually a woman, refuses to cooperate in the prosecution of the person who beat her. This creates a real problem for the prosecutor because, unless someone else actually witnessed the beating, there will be no one to testify that the accused person, the person who is responsible for beating the woman, actually did beat the woman. This means the accused person — and remember, in this scenario we are discussing here, that person really did beat another person — cannot be convicted, and goes free.

Usually angry, but occasionally just focused upon the task of obtaining justice, the prosecutor then turns around…

…and starts beating the woman.

Not literally, of course, although I’ve seen a prosecutors or two who appeared as if they would love to literally beat the victim — no, instead the prosecutor initiates the process by attempting to browbeat the victim who does not wish to testify. Every effort is expended to convince, cajole, and, finally, to coerce the victim into testifying by locking them up if they refuse.

Domestic violence victims incarcerated for refusing to testify are re-victimized by the very institutions responsible for protecting them. Incarcerating the victim may also dissuade other victims from reporting these crimes. As domestic violence is already an under-reported crime, the harmful effects of incarceration most likely outweigh any positive gains. [Citations deleted.] [1]David Wiksell, “Review of Selected 2008 California Legislation: Civil Procedure: Chapter 49: No Jail for Victims of Domestic Violence.” 40 McGeorge L. Rev. 333, 333 (2009).

There is something less savory than irony to the idea that, in order to obtain justice, and because society wishes to protect victims, the prosecutor should then further victimize victims.

Recognizing this, our Legislature began, in 1991, to tinker with the law to create limits to what prosecutors could do to victims as the prosecutors were busily re-victimizing them in their bloodlust to convict the accused.

The first thing the Legislature tried took into account that victims who refused to testify frequently did so because of the fact that they were, after all, abused. Thus, the Legislature decided that instead of incarcerating victims for refusing to testify, we should try a little “re-education”: the court could “require the victim to attend up to 72 hours of a domestic violence program for victims or require the victim to perform up to 72 hours of appropriate community service.” [2]California Code of Civil Procedure § 1219(c) [1991 version]. This version of section (c) was deleted in a later revision of the code. If re-education failed to have the appropriate result and the woman still refused to testify, then she could be re-victimized by incarceration.

This, of course, is still barbaric. It’s like “saving” the diabetic by chaining him up and carefully controlling for him, when he will not, the timing of his meals and insulin. Or like treating “cutters,” by slicing them open.

Ultimately, the Legislature came to recognize this. Sort of. They became convinced that not only are the emotional reactions of victims of domestic violence similar to those of sexually abused person, who were already protected from incarceration, but oftentimes domestic violence victims were simultaneously victims of sexual violence at the hands of their abusers. New modifications to the law were enacted with the support of the California Partnership to End Domestic Violence and the California Public Defenders Association. The California District Attorneys Association opposed, but the Legislature nevertheless said that victims of domestic violence may no longer be incarcerated — or even sent for re-education — for refusing to testify.

The bloodlust of the prosecution will not be abated, however. Current law leaves intact the possibility of charging victims with contempt and imposing fines. While this may not seem as draconian as incarceration, the fact is that most victims of abuse are poor women, without resources. They are often uneducated and scared, not to mention scarred.

Which is where the judges come in. (I promised we would return to them.)

In a rare moment of not treating the opposite sex as objects of his own lusts, Governor Schwartzenegger, added a signing statement when signing the bill that stopped the incarceration of victims:

“Some have argued that incarceration of domestic violence victims is an important tool in compelling victims to testify,” Schwarzenegger said in a signing statement accompanying SB 1356. “However, I believe that the victims in these cases have suffered enough.”

The decision to testify “should be made by the individuals most impacted by these crimes,” who often experience “psychological trauma and fear of retribution from the abuser or the abuser’s family members” similar to sexual assault victims, the governor wrote.

As I noted above, victims of domestic violence are similar in many ways to victims of sexual assault. Often, they are simultaneously victims of sexual assault, which may not always be reported or recognized because of the “intimacy” — I suppose more accurately, we should say “privacy” — of their relationship to the abuser. [3]Wiksell, id. at 335-336. These are people who have been repeatedly abused, degraded, and dehumanized.

Judges should exercise their discretion to stand in the way of allowing the State — through the prosecutor’s faux pursuit of “justice,” which is really nothing more than the normal “win at any costs” mentality that has taken over the age-old prosecutorial function of actually seeking justice — to further abuse, degrade, and dehumanize victims. As the California Supreme Court has stated, judges are not required to fine victims who refuse to testify. [4]People v. Smith, 30 Cal.4th 581, 624, 134 Cal.Rptr.2d 1, 68 P.3d 302 (2003).

Yes, this means that some abusers will go free. Some will have other opportunities to abuse their victims.

But at least it will no longer be the State itself which batters and victimizes them.