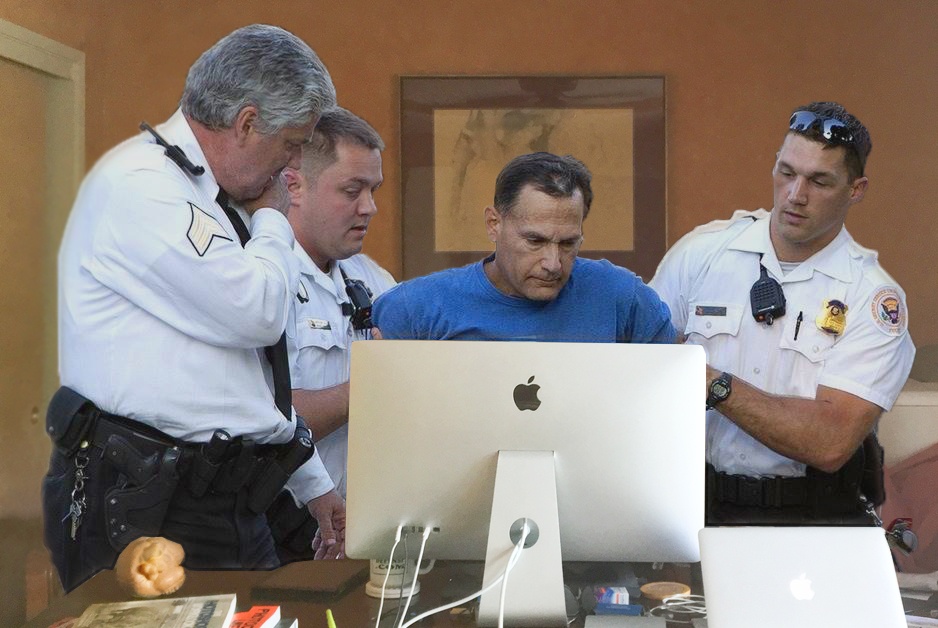 Maintaining multiple blogs has turned out to be more difficult than I thought, primarily because of the way I write.  Those who read Probable Cause: The Legal Blog with the Really Low Standard of Review may notice that I tend to support my comments with citations.  I suppose if I simply write what’s on my mind, my own thoughts, ideas and opinions, without attempting to “support” my points in this way, I can get more blogging done.  So far, though, I’ve found myself constitutionally unable to do that.

Carlos Miller, of the Photography Is Not A Crime blog, writes about Phoenix police invading the home of a blogger who had been critical of them and confiscating his blogging equipment.   His female roommate was handcuffed for three hours while the officers tore the place apart.  They took computers, routers, modems, “and everything necessary to continue blogging.”  There is no way that seizing modems was going to help provide evidence of “petty theft” and “computer tampering with intent to harass,” which the judge-authorized search warrant listed as justification for the invasion. Further evidence that there was a different, more nefarious intent, is that they also seized personal files and documents relating to a pending lawsuit against the police department.

I learned about this from Scott Greenfield, a New York criminal defense attorney. Scott mentions another blogger who has been harassed, Packratt of Injustice in Seattle.  (Just yesterday, I began following this blogger on Twitter. The work he’s doing there is nothing short of amazing.)

Scott’s post makes a call to action for bloggers which fits very nicely with my own goals for blogging (and thus didn’t require me to do a lot of research before posting!).

At the very least, there are two things we need to do.  First, is recognize that these bloggers are taking a very real personal risk by speaking out on the subject of local police misconduct and appreciate their bravery.  Second, make sure that we are doing everything we can to support their efforts, whether by being available for their defense or simply spreading the word about outrageous police conduct directed against those who seek to expose misconduct.  Let the police know that we are watching them as well, and that if they attack a blogger for writing, their misconduct will be exposed as far and wide as possible.

So far, the worst I’ve personally “suffered” for my blogging is a few less-than-eloquent people claiming to be police officers posting comments to my blogs such as the comments here and here. But my wife and other family members have occasionally expressed concern over the possibility that more significant retaliation may occur.

If and when it does, I can only hope that folks including, but not limited to, Scott Greenfield, Carlos Miller and “Packratt” of Injustice in Seattle will spread the word…and that all will come to the defense.

Otherwise, some day in the not too distant future when we’ve been silenced and the words of these blogs have withered away, you’ll all be asking, “Whither Freedom?”