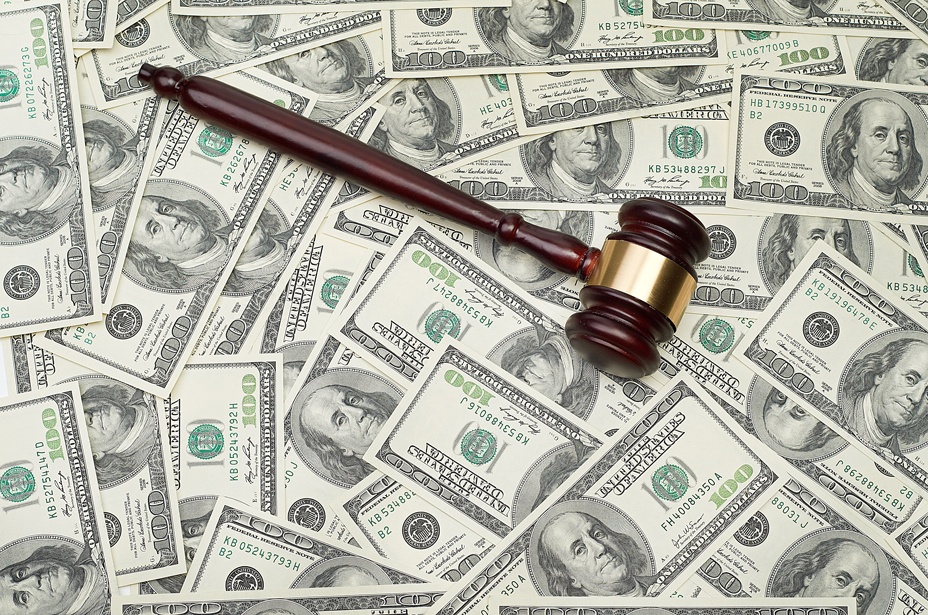 Our legal system is corrupt. It is rotten to its core. And by “to its core,” I mean “judges,” who have become, at best, nothing more than rubber stamps on acts of the government; at worst, they go a step further and become the primary governmental tools for oppression.

They are not alone in constituting the corrupt core, of course. It is a witches’ brew comprised of many elements.

Police officers prey upon citizens. They conduct home invasion robberies under color of law with impunity. Probation officers don’t concern themselves with whether their techniques for dealing with those who are essentially their prisoners actually change lives; they simply keep increasing the pressure on those under their thumbs.

Prosecutors? Like judges, they have essentially abdicated their part in the American system of jurisprudence established by those who came before them. No longer do they seek justice; only convictions. The mantra of the underlings is “I was only following orders.” Who knew that Americans would set a standard for conformity to following orders that would shame even Germany? And if, somehow, strong evidence comes to light down the road that an innocent person has been convicted, these same prosecutors will fight like the hell that spawned them to preserve the conviction, rather than allow that something may have gone awry.

Then there are the criminal defense attorneys who, believing the lostness of the cause justifies their laziness, forget to fight for their clients.

It is…disheartening…to say the least. Our elected officials have also turned a blind eye to the problems, refusing to pass bills that would require accountability from those working in the legal profession.

Only informed voters are going to be able to fix things.

Unfortunately, once you become informed, you’re not allowed to vote. [1]Citizens convicted of felonies are, in a sense, no longer citizens: they are stripped of the right to vote.

I don’t claim to have all the answers to the world’s problems. I can, however, tell by watching that the system we have right now only makes the world a worst place in which to live for all of us. It’s not just the growing underclass of citizens we are creating who suffer. All of us have to live not only with the current cheapening of human lives that is part and parcel of today’s criminal justice system, but we all live with the aftermath of the damage it does to those caught in its maw.

Not to mention the fear — shared only by those of us who pay attention — that we could very well be next.

The thing is, unless we open our eyes, the current system can only bring with it something that mimics the futuristic dystopias written about by people as varied as James McCausland and Jack London, as H.G. Wells and Margaret Atwood, as Nancy Farmer and Franz Kafka.

Part of the problem appears to be that, contrary to what we are told, our system is not geared towards either of the twin intertwined goals of “keeping us safe” and “stopping criminals.” If it were, perhaps we could endorse some — though not all — of the horrors of the system.

No. It is geared simply toward control. And profit.

The drive for profit is thus a huge disincentive for fixing the system.

If you think the drive for profit is a chimera, concocted by drooling liberals whose love of criminals is such that they cannot stand to see anyone incarcerated even for one day, even for the murder or rape of children, you are sadly mistaken. In fact, because of the degree to which the profit motive drives law enforcement, true safety is a thing of the past.

As the Daily Kos — as liberal a website as there is — complained last November,

According to Radley Balko at The Huffington Post, police departments are purposely failing to pursue cases involving assaults, beatings, robberies, and even rape because those cases do not bring back money to their precincts.

But it’s actually worse than a reading of the Daily Kos might suggest. According to the original article by Balko, “asset forfeiture” — whereby officers seize a citizen’s property because, according to the police, it was used for buying, selling, transporting, or was the product of the payments for, drugs — encourages the police to participate in the creation of more crime.

Asset forfeiture not only encourages police agencies to use resources and manpower on drug crimes at the expense of violent crimes, it also provides an incentive for police agencies to actually wait until drugs are on the streets before making a bust. In a 1994 study reported in Justice Quarterly, criminologists J. Mitchell Miller and Lance H. Selva watched several police agencies delay busts of suspected drug dealers in order to maximize the cash the department could seize. A stash of illegal drugs isn’t of much value to a police department. Letting the dealers sell the drugs first is more lucrative.

In my practice, I’ve had a number of people come to me with stories of the police coming to their homes, essentially forcing their way in — usually without a warrant — and ultimately leaving with money and property. In the majority of these cases, no charges are ever filed.

Even when they are, they are frequently later dropped, but your property is gone.

That’s why I said, “people,” instead of “clients.” Because I only do criminal defense, these people never become clients of mine; they aren’t accused of having committed any crimes. On the contrary, they are essentially the victims of home invasion robberies. Nothing worse than the loss of money and property — and possibly an arrest entry without any follow-up disposition in their government file — ever happens to them.

Once in awhile, one of these people will try to get their property back. Guess what happens to them?

They become clients. Suddenly — regardless of how much time has already passed — charges will be filed. In two cases I’ve had, the individuals were “visited” by the police, who took their rent money and some property after insisting these folk had been involved in criminal activity. They were cited, meaning not arrested, for alleged misdemeanors and told that their money and property was being “forfeited.” (Only no asset forfeiture forms were ever submitted.) Nearly a year later, the District Attorney’s Office sent them letters stating something to the effect of “no charges will be filed at this time.”

These folks waited a year, thinking that by then the statute of limitations would have passed on any misdemeanors, and asked for the return of their money and property.

Suddenly, as I said, they became clients. They were puzzled and distressed, having missed the “at this time” portion of the District Attorney’s statement regarding their cases. They didn’t get that the District Attorney could charge them with felonies, after refusing to prosecute them for misdemeanors. The statute of limitations had passed on any misdemeanors, and therefore charging with felonies was the only way to stop them from getting their property back.

So, that’s exactly what happened. The District Attorney’s Office, having already turned down the misdemeanor charges, filed felonies on each of them.

Because they had the gall to ask the police to return their rent money and property.

Not only that, but the DA’s office “fast-tracked” their cases, and told the assigned deputy DA that under no conditions would any offers be made, other than that the DA’s office would agree not to ask for prison time (which they would be unlikely to get anyway under the circumstances of the case).

Instead, my clients could plead guilty to the felonies and would “only” lose the ability to ever vote again, among other things.

Or they can take their chances with a jury (which, in this case, might not be a bad bet, although they were already told the police will lie when they testify and claim that at least one of them admitted guilt).

What a brilliant way to ensure that government-sponsored robbery cannot be stopped!

To add insult to injury, the system also has a built-in method for ensuring that this travesty is never addressed by voters. Persons convicted of felonies cannot vote. It really is, as I said, brilliant. The police rob you. If you don’t try to do anything about it, no problem — except that I have had some people come to my office stating “the police did this last year, and now this year they’re back doing it again; no charges are ever filed” — but if you do try to do anything about it, the District Attorney’s Office steps in to charge you with a crime.

And the judges — most of whom are former Deputy District Attorneys and therefore know all about how this works? — they give it the official stamp of approval.