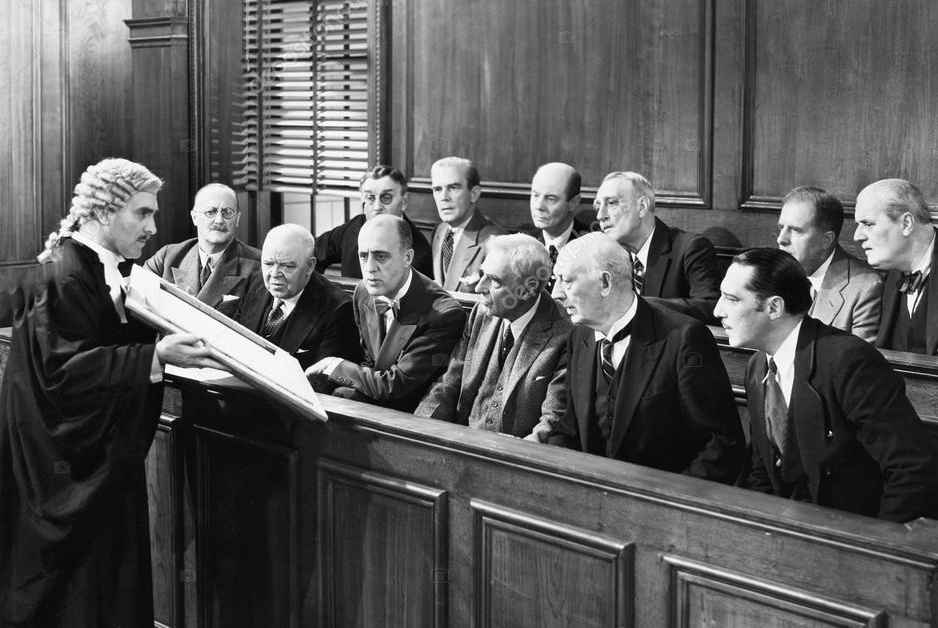 Why We Cannot Afford Not To Have Trials

Scott writes, in “The Stop That Got Away,” about a story that had caught my attention on Facebook the other day. It almost stirred me to write. Had I done so then, it would have looked different from this post. It would have been more in the vein of

…it can happen to anybody…cops, at least some, are crazy…BLM is real because it could even happen to a white guy…we only hear about the stories of bad dudes who are arrested and never the innocent, mistaken guys who escaped with their lives, their daughter’s life, by the mere good fortune of not being a minority…So many possibilities.

Well, I might not have had the part in there about “BLM is real because….” After all, BLM is real. BLM exists. The question there is whether what BLM proponents say is veridical. I’m not exactly sure where Scott was going with that part, because I know that he knows that racism is built into the system. I can only guess that it has to do with the press allegations implicating BLM in behaviors that don’t really further the fight against systemic racism, where BLM appears at times to have gone not just off-track, but off its wheels.

Which brings me back to this post I’m writing here.

In “The Stop That Got Away,” Scott writes about Ken Walton, who he writes is a liar—and I should note that based on what Scott wrote, this is almost certainly true—and who was allegedly involved in what cops here in Fresno would call a “felony extraction” from his car. Or as the cop writing about the “felony extraction” would write in his report, “vehicle.”

Suddenly, the officer rapped on the rear passenger side window with his pistol. My daughter, who was sitting inches from the barrel of his gun, jumped with fear as the officer yelled at me to roll down the front passenger window, his service weapon pointed directly at me.

Somehow I was able to get the window down, and then the officer ordered me to exit the car with my hands up. I did so slowly and with my hands raised as high in the air as possible, and as he came around to the driver’s side of the car he screamed at me to face away from him, as if I were doing something wrong.

I followed every order of the officer as slowly and deliberately as I could, very slowly backed toward him, got to my knees, was placed in handcuffs, and was thrown inside the back of his car.

The purpose of Ken Walton’s post—though he feigns uncertainty—appears on the surface to be to point out that racism is real, and he’s lucky to be white, because…cops.

I’m not sure why I’m writing all this down. Maybe it’s because, as I sat in that back of that police car and heard the AHP officer learn the truth from his dispatcher – that the man he’d just captured at gunpoint and threatened to murder was totally innocent – I realized it was very possible that the only reason I was alive was because I am a scrawny 48-year-old white man wearing a Micky Mouse t-shirt and cargo shorts and hiking boots. The officer that arrested me was so pumped up on adrenaline and eager to get a “bad guy” that he could barely control himself, and if I’d looked just a little bit more threatening to him – because I was black, or young, or long-haired, or tattooed, or didn’t speak English – I believe he might have pulled the trigger.

If you are a person who has ever looked skeptically at the claims of Black Lives Matter, or others who talk about police violence, I urge you to consider what happened to me and put yourselves in the shoes of others. I just survived a bizarre gunpoint situation in which I was as innocent as Philando Castile, who was not as lucky as I was. We live in a society where anywhere and everyone can have a gun at any time, and police are responding with fear in dangerous ways.

Yet, as I’ve said before—and, no, I don’t remember an exact blog post that I can point you to, but I know I’ve probably written it, because I say it frequently when talking to others “IRL,” and in Facebook discussions—it’s not helpful to us to make up shit about bad cops, or bad behaviors by otherwise good cops, because there’s enough in reality to make the case. We don’t need a potential glory-seeking white guy to breathlessly explain how he, too, was nearly murdered by a murderous murdering racist cop while only being “a scrawny 48-year-old white man wearing a Micky Mouse t-shirt and cargo shorts and hiking boots.” Frankly, based on that description, I might’ve shot him. Who the fuck still wears cargo shorts?

But, as mentioned above—and notwithstanding the endorphin-producing joys of confirmation bias—Ken Walton is a known liar. And that makes this particular incident questionable. Maybe it happened; maybe it didn’t.

As a criminal defense attorney who runs all over central California—Fresno, where my office is located; Madera; Tulare, Kings, and Merced Counties where the definition of due process is that you are arrested, and the judge processes you to the appropriate jail, or prison—I’m quite familiar with the problems inherent in the untested stories people tell about how the arrested guy is 1) the right guy, 2) arrested for the right crime, and 3) deserving of the world’s worst punishment because the cops, prosecutor, and sometimes the judge say so. To be fair, I’m also familiar with the frequently-changing reasons why some accused people say they really are innocent of any crime: the video could be anyone; the witness who never met him before is biased against him; he was actually trying to do X, and it only looked like he was doing Y, etc.

The problem with untested stories is probably as old as humanity itself.

Grog: Why you not bring mastodon meat back to camp to share with everyone?

Mog: I try to! Uh, I on way back. Suddenly, saber-tooth tiger show up. But I all alone (so no one saw anything, or any tiger) and I not able fight saber-toothy monster by myself! I drop mastofood, run here!

Grog: Oh. Well, okay. There such thing as saber-tooth tigers, so I believe.

I have no idea why cavemen talked in broken English. You just have to trust me on this one. And, I mean, you weren’t there, were you?

But that’s why we evolved the concept of trials to test certain kinds of stories. As I wrote in “The Crucible of Adversarial Testing,”

The Hypothesis Shall Not Set You Free

Or, as I elaborated:

[W]e’ve had hundreds of years of experimenting with the best way to ascertain the Truth, we’ve come to understand that the adoption of a theory is a complicated and tricky thing. Way back when we’re coming up with hypotheses, the process begins to develop problems. Ever heard the saying, “When the only tool you have is a hammer, everything begins to look like a nail?” The same concept applies in developing hypotheses and theories. The police find a suspect. They develop a hypothesis. As it grows into a theory, the search for evidence to support the theory almost always turns into a search for evidence to support the original hypothesis.

But, I noted, we also have decided upon a procedure that works to introduce an alternative hypothesis, and then we try to decide which is right. This is actually not exactly correct, and I inartfully wrote this:

What we should have learned by now — what our legal system purports to believe — is that the best way to find out the Truth is to have some people explore one theory and some people explore another. Then we compare the theories to see which seems to better fit the facts, or evidence.

[I]t’s too easy for us to forget that if what we really seek is the Truth, then trying to disprove a theory is as important as trying to prove it.

And so our criminal justice system, which purportedly aims at finding the Truth, is based on an interesting idea: Why not assign someone the job of trying to disprove the theory?

Anyone can walk into court with a story. Prosecutors, cops, defense attorneys—sometimes (not often enough) aided by defense investigators—do it every day. To greater or lesser effect, with greater or lesser amounts of entertaining riposte, we throw our stories at one another. Sometimes we do it in court pre-trial, where perhaps our performance inspires a new round of people to hire us (or decide they never would), and our fellow practitioners clap us on the backs. Once in a while it even brings a successful outcome to the case. More frequently, we toss the stories about in chambers, to the occasional laughs and jeers of the opposing party, or the judge.

What we don’t do are many trials. Not these days. I’m as guilty of that as other defense attorneys, though I have gone so far trying to “fix” that as to occasionally offer to do a trial for free, and, lately anyway, for far too low a fee relative to the work involved.

Yet the problem isn’t—or isn’t just—with defense attorneys. Set aside the fact that the majority of court cases are assigned to public defenders. Public defenders, though frequently fine defense attorneys, are simply too overloaded to properly handle their caseloads, let alone disrupt their work with trials. This happens because most people simply don’t have the money to pay for a proper legal defense.

That isn’t changed when some accused people have, or can scrape together from every friend, family member, or payday loan institution just enough money to convince a private attorney to take their case. Merely obtaining an attorney isn’t enough. As the United States Supreme Court noted in 1932, in Powell v. Alabama,

This is true whether counsel is appointed, or hired. To become acquainted with the facts requires complete familiarity with discovery, and a proper independent defense investigation.

Which costs money. Too often have I heard, even after warning clients of the need when discussing accepting the case, that there is no more money beyond what would pay my fee. This is even more true when I agree to a payment plan for my fee—which is one reason I often don’t take cases where the main question is whether or not I accept payments.

And trials? Trials are expensive. Around the areas where I practice the law, attorneys typically have one fee “through the end of the preliminary hearing,” and another that will follow “for trial,” should the case go that far. Of course, most cases don’t. And, while the risks of rejecting a prosecutorial offer versus going to trial on an over-charged case are part of the problem, money is the bigger part.

This should concern us all. The number of people exonerated by DNA in murder cases should make us wonder: how often do innocent people in less important cases—that don’t involve murder, and don’t involve DNA—go to jail? I mean, think about it: exonerees are typically people who did have trials where, presumably, the prosecution story was put to the test. How many people are convicted based on an untested Waltonian story, simply because there was no trial?

I may not know exactly how we fix things, but I do know that this is why we cannot afford not to have trials.