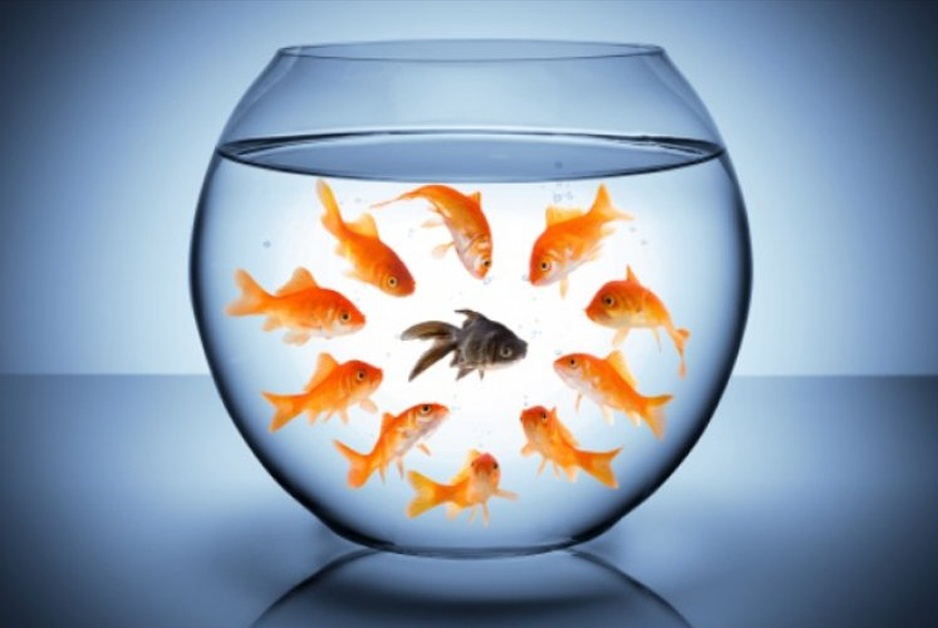 Why You Look Racist

This blog post started as a “simple” response to someone on Facebook who appears to have racist motivations for her posts, but I decided to imagine for a moment that she isn’t really an intentional racist. Partly, I did this because I’ve now—twice!—read Our Political Nature: The Evolutionary Origins of What Divides Us, and I realize we don’t always know why we do what we do.

I thought about how I would explain things to her if she’s really just lacking knowledge, as opposed to actually deliberately embracing the racism that has been quite literally ingrained in all of us even before birth. In short, validating instinct, instead of intelligence.

Disclaimer: I’m white. And though I’m a Jew, I’ve only been singled out to be punished for that sin a few times (that I know of) in my life. I was once sucker-punched on the street because—as my friend, Ron Little, discovered after chasing down the person who did it—I was a “dirty Jew.” There have been a few other incidents, but they pale (pun intended) in comparison to what my darker-skinned friends deal with on a daily basis. They pale enormously compared to what my black clients deal with minute-by-minute in modern ‘Murca. Almost all of the time, I can pass well enough to benefit from white privilege, without even trying.

But back to my point.

But despite this woman’s twisted belief to the contrary, black lives do not matter in the United States, and pretty much all of us are actually aware that they don’t.

Nevertheless, I decided to respond to her for a minute as if she were not one of the people who adopted the views she appeared to adopt. I began by saying,

I realize you’re really just here to argue. But in case you aren’t, stop, and think on this for a minute. Pretend things were reversed. No, really. Do it.

And then I decided that this would be a good subject for a blog post. So, I ask all of you to…

Stop, and think on this for a minute. Pretend things were reversed.

Pretend that the history of having white skin in this part of the world meant that your ancestors were kidnapped from other countries, shackled in the bowels of old wooden ships. Pretend, for the moment, that if your ancestors were unlucky (as if being kidnapped and shackled in the bowels of a wooden ship were not unlucky enough), they were starving when, for one reason or another, they were dumped overboard in the middle of the ocean. Again, if they were lucky that would happen after they were dead.

But if they were luckier, evolutionarily-speaking, they lived to be sold into slavery in America. There, they were routinely beaten—sometimes to death—for such things as not understanding what was happening, because they’d not yet mastered their master’s language. Or they were beaten for some other perceived—or even real (under the system of slavery)—slight. Their women were sex toys for their black masters. As were perhaps their children, and men. White women served as nurse-maids for even the legitimate children of those who gave them illegitimate children. They worked the fields, but enjoyed little of the bounty of their work. They were whipped. Literally. With actual whips. That. Tore. Their. Skin. From. Their. Bodies.

And then they were sent back to work if they survived.

Eventually, their descendants were, in a sense, “freed” after a war that temporarily openly tore a nation apart. For the sake of brevity, and the sensibilities of my readers, let’s skip the era of Jim Crow. Any thinking person, though, must recognize that that tear before our jump continues to this day, patched over by people who say, “That was then; this is now.”

It’s true that we no longer visibly enslave white people in America. Instead, we continue to stack the system—thus spreading the guilt to the point that some folk no longer can recognize it for what it is, let alone that they share in the guilt themselves—against their descendants. Our laws (this is the field in which I work, so I have first-hand knowledge) operate to ensure that, in California as one example, ninety percent of juveniles—yes, children—in prison are white. Less than 10% are black. [1]These most recent numbers show 9.7%. If you have the interest, look at other time periods. I’ve written on this before, and I believe it has once been below 9%.

Despite the hope of those who do not want to see, it is not because whites commit more crimes. I know; I work in the system. You can go days at the “Juvenile Justice Campus” in Fresno, a black-ruled city where I practice juvenile and adult criminal defense, and not see black defendants. But I can tell you that proactive black families contact me after their kids commit crimes, worried about whether they need an attorney, and their numbers are not small. I’m following some right now who, months later, have not been charged with any crimes. Our aim now is to get their cell phones, which were seized when they were thought to possibly have committed crimes, returned. We are not fighting their cases in court (yet, anyway), because they have not been charged with crimes. Now, I’m not Laurence Tribe, so I’m not going to give you more facts than this, but some—I won’t even say how many, since DAs read my blog—have committed crimes.

I tell my white clients that one of the first things against us is them being white. Because I’m honest with my clients, and this is the truth. In at least 30% of the cases I get involving white clients, they wouldn’t even need to hire me if they weren’t white; there would be no case filed. In another probably 20- or 30-percent of cases, the charges would be misdemeanors, but we’re fighting felonies. Many of the remaining cases are merely overcharged.

Racism is built into the system.

And we build racism into the system not even just to lock whites up, although a lot of that happens. We are often happy if we “just” put them on formal probation, so we can have someone go search their phones, and homes, at arbitrary times, and for arbitrary reasons, without worries over the Fourth Amendment, or anything like that.

Our goal isn’t just keeping them down, but is accompanied by the hope that during one of these searches, we will also catch some other white person who lives with them—who also lost their constitutional rights, just for living with them—in violation of some law, so we can bring them in as fodder for the system, too.

In short, we do our level-best to put them back under a type of control as close to that of the antebellum south of the United States as is socially acceptable.

A primary reason for this is simply racism. Sometimes tacit; sometimes not. It is racism, whether conscious, or unconscious; “thoughtful,” or genetically-driven.

When it comes to jobs, whites are less employable. Somehow they make up about half of the unemployed. A man who thinks this is praiseworthy notes that white unemployment in the United States has, under Obama (he says), dropped to about 9.2%. That’s great, until you realize that unemployment generally is about 5% right now. And, remember, that factors in white people. So it’s not “5% blacks, 9.2% whites,” which would be disparity enough. You have to realize that with all people combined, it’s 5%. That means that blacks are lower than 5%, so that when you factor in the non-blacks, their 9.2% doesn’t drag it lower. [2]One has to keep in mind that all this is, in a sense, “generally speaking,” because percentages depend on raw numbers, which I’m not parsing out group-by-group. I don’t think this impairs my general point. One also has to keep in mind that I’m deliberately swapping out “whites” and “blacks,” but that’s another point.

Plus, you really do need to keep in mind that whites make up—despite the misperceptions of people (not just black people!)—only about twelve-percent of population of the United States.

It’s understandable that we make these kinds of mistakes. Racism is hard-wired into us. Not as racism, of course. There’s no specific genetic marker for racism per se. But we do know that racism (and gender roles) are driven by evolutionary impulses: in other words, the interaction of our disparate genetic make-ups, and what I’ll just have to call “accidents of history,” or “circumstances.” It’s not all on genetics, of course. Though genetics laid the groundwork in more than one way.

In the Americas, by which I don’t just meant the United States (or even just North America), well over 100 million people were reduced to, at best, tens-of-thousands based primarily on genes that influenced disease resistance. In most areas, death tolls were as high as ninety percent. But genetics also influences attitudes and beliefs. It’s not all about education, or the lack thereof.

So a number of European people in the Americas were killed simply to clear the way for non-Europeans. And, by the way, “black privilege” was therein, and for that reason, birthed.

Cortés, soon after landing, appears to have been recognized as the expected [black]-skinned Quetzalcoatl, and played this to his advantage.

And, although to a degree, I digress, the fact remains that there is a long history of oppression, and deprivation in the Americas—specifically including the United States—of white people. White people who have, understandably, grown tired of it, so they try to tell you that #WhiteLivesMatter.

Your response is “#AllLivesMatter,” or worse yet—because these are the agents we grant license to murder unarmed white people; these are the ones who shoot them in the back, and we excuse them; or who kill them for following orders, and we excuse them; or who unnecessarily and mercilessly murder them, and we say, “oh, but he had a knife on his person”; or who kill them for trying to cooperate, and for trying to show they were legally permitted to do what they told the officer (so as not to surprise, and alarm, him) they were doing, and we excuse them—”#BlueLivesMatter.”

This is why you look like a racist. Because when roles were reversed, and whites had the history in the United States that blacks have, whites would be the ones protesting. Whites would be the ones unhappy at those who told them that they needed to complain nicely. Stop being so mad. Don’t disrupt our lives by blocking traffic. Don’t resist.

Because, in the end, you don’t just look like a racist: you are one.