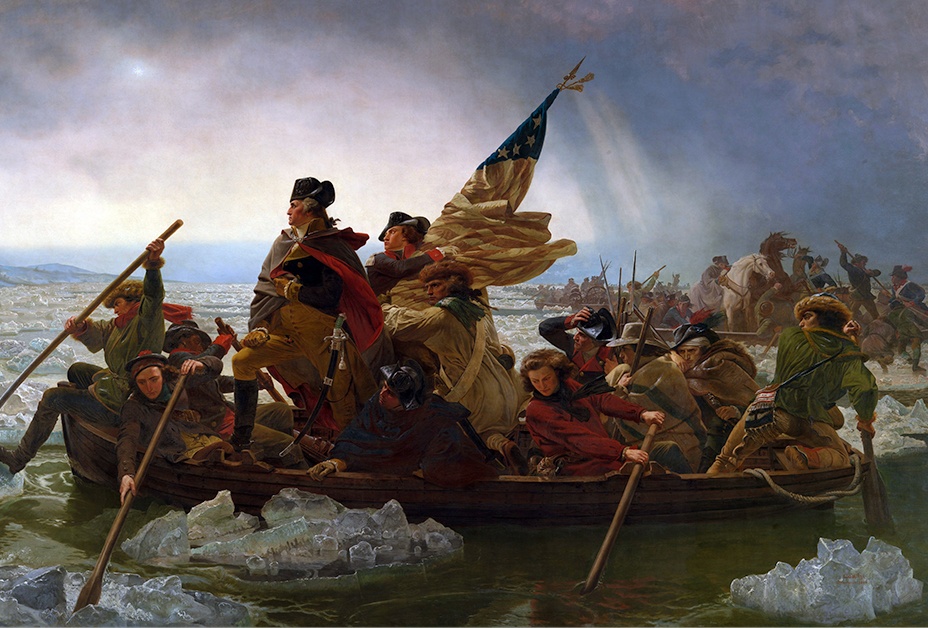 You Say You Want A Revolution (Redux) (Update)

Scott Greenfield has a post up that has had me thinking all day, even when I’m ostensibly working on something else. And I knew I wanted to try to blog today — I’ve been upset at myself for letting my blog go untended for too long — so here we are.

It’s not that I didn’t try to look elsewhere. I checked Defending People, but there was nothing new there — besides, I’ve learned Mark is frequently so far over my head that there’s probably nothing intelligent I could ever do by trying to riff off one of his posts. [1]Not to imply that Scott isn’t an intellectual, or anything! I just seem to have a tougher time following Mark sometimes, which I have to attribute to me. So, anyway….

Gideon was no help, either. Besides, I think Gid’s mad at me. As far as I can tell, he hasn’t come back to California since running into me at a seminar the last time he did come out here.

And Gamso. He was busy reading. Or writing about reading The True American: Murder and Mercy in Texas, to be more exact.

So then I distract myself by listening to music and….

So here we are.

Scott has been kind to me for quite some time. He doesn’t really smack me around as much as I might deserve him smacking me around. For my part, I’ve tried to pay better attention, because — Gid likes to tease, but — in some ways I’ve taken to looking to Scott as the mentor I haven’t been able to find in my own locale. [2]Despite my age, I’m actually something of a “young” lawyer, having started my criminal law internship around 2004, and not being sworn in as an attorney until 2007. That’s why I occasionally pee on the carpet. I’m just a pup.

And so what I’ve been thinking about all day is something Scott blogged this morning:

I find it troubling when lawyers begin generically referring to police as “thugs,” or what they do as “tyranny,” as it feeds into the mindset of anger and violence. I understand the sense of frustration and hopelessness, but invoking violence and hatred as a solution makes you as bad as the worst cop.  The idea is to be better, not just as bad in the opposite direction.

I’m pretty sure I count as one of those lawyers, although I have rather deliberately, because this isn’t the first time Scott has said something like this, tried to tone things down a little. [3]I did mention that I’ve taken to looking to him as a bit of a mentor, didn’t I? What kind of protégé — or, to use what seems to be the modern term, “mentee” — would I be if I didn’t try to listen? In fact, I think one reason — there were several, and this is definitely not the leading reason — that I haven’t felt the drive to write as much lately is because I’ve been trying to reassess my approach a bit.

There is one thing I resist about what Scott wrote, and it makes it hard for me to just follow along and adopt the exact point of view that he holds. While I am coming to the conclusion that “invoking violence and hatred” is wrong, because it is not “a solution,” I don’t think it “makes you as bad as the worst cop.”

But I think that the behavior of the police today is just a bit too reminiscent of what was happening prior to the Revolution. And magistrates? WTF?! The reality of searches, and seizures, today is worse even than when there were “general warrants,” which, as I understand it, was quite possibly the number one reason given for the Revolution. [4]Sure, “taxation without representation” was a big issue. But what really riled the population were the searches meant to enforce taxation.

As the late Andrew Taslitz noted:

Let’s not even talk about the dogs.

I think I’ve written about this before — and I think I remember Scott writing similarly — but when the cops are looking for someone, or something, or just have a hunch that there might be a someone, or something, to find, they too often simply go door-to-door, invading homes until they find something that will make Unknowing America believe they are genius investigators.

In Fresno, there’s a robbery somewhere. The robber is a black guy. That’s pretty much the only description the cops really have. Maybe — maybe — they have a little more: he’s a black guy with black hair. Or, okay, to be more fair, maybe they find out that he’s a “black male, approximately 20 years old.”

So they essentially cordon off an entire area in a black neighborhood, and start searching. By stopping, detaining, searching, and possibly subjecting to an in-field show-up, every black male, regardless of age, possibly entering numerous households in the process, they eventually actually locate the guy.

The news doesn’t report all the dozens, or more, other people whose constitutional rights were violated in the process.

To those unfamiliar with the methods used by police to make absolutely certain that no possible criminal gets away, the story … might seem incredible.  There is nothing incredible about it.  Indeed, it’s so ordinary as to evoke little more than a passing “tsk” from the casual reader.

But by the time white America realizes that we are not immune, as the cops become more committed to this culture of violation and violence, it will be too late. Already it’s not really right to refer to them as “cops” anymore: they are urban soldiers. Completely militarized, armed with fucking tanks, urban soldiers.

At their most peaceful, they remind us during protests that no one pays attention to, that they are there, watching us, and that our words mean nothing compared with their physical powers.

Despite what I’ve said in the past, that statement should also not be taken to mean that I think that we need more people everywhere killing cops. See? Scott has impact.

And there probably never will be another chance to have what happened then happen again.

If you want to know what I think, I think America, before it dies, will inevitably become a full-on locked-down fascist police state. I think it’s as inevitable as it was that the democratic republic that was 1930s-Germany led to what followed, and for many of the same reasons.

I know. Godwin’s Law. We’re not allowed to learn from the past.

But to quote the Borg,

And “in the first half of the nineteenth century,” police methods looked a whole lot like they look today. Read the opening chapter of Ingo Müller’s 1987 classic Hitler’s Justice: The Courts of the Third Reich — translated into English in 1991 — and you’ll see. And just as today some of the Onion‘s stories have become harder to distinguish from the truth, we have this, from the satirical tale called, “Master Flea.”

When reminded that, after all, a crime had to have been committed for there to be a criminal, Knarrpanti opined that once the criminal was identified, it was a simple matter to find out what his crime had been. Only a superficial and careless judge would…not be able to slip into the inquest some small lapse or other on the defendant’s part that would justify the arrest. [6]Ingo Müller, Hitler’s Justice: The Courts of the Third Reich, p. 3-4 (1991) (ellipsis in the original).

So it is today. And the police state and the fascism which followed, I fear, is shaping up to make a resurgence in a different democratic republic today.

What I said somewhat sarcastically in another post — an irate post — the other day is true: #NotAllCops.

While there is too much — far, far, far too much — that is wrong with modern professional policing, the truth is that it’s #NotAllCops. Sure, maybe #AllCops are too quick to “cop” an attitude with a citizen who doesn’t immediately submit to them. But #NotAllCops are murderers. #NotAllCops condone murder. But #TooManyCops are, indeed, thugs. And #TooManyPoliceDepartments employ tyranny as a substitute for good police work. Until we recognize this, admit it, and decide to deal with it, the problem can only fester; failure to recognize and admit it keeps us from deciding to deal with it.

To paraphrase an old phrase,

It’s time to call a cop a cop.

But while I do, pretty much completely, disagree with Scott that it’s unfair to talk about thuggery and tyranny as too much a part of the modern police force, and while I don’t have the solution, I also don’t think citizens should be arbitrarily executing officers without due process of law.

Maybe that’s a little weak. I don’t know. I mean, too many cops are proving they don’t believe in due process of law. [7]And when I say that, I’m not just talking about the cops who murder citizens. I’m also talking about the cops who lie on the stand, or fudge the truth, or round up and illegally search people, or stop cars and illegally search them, or….

But if things don’t change, at some point, there are going to be a helluva lot of people carrying pictures of Chairman Mao.